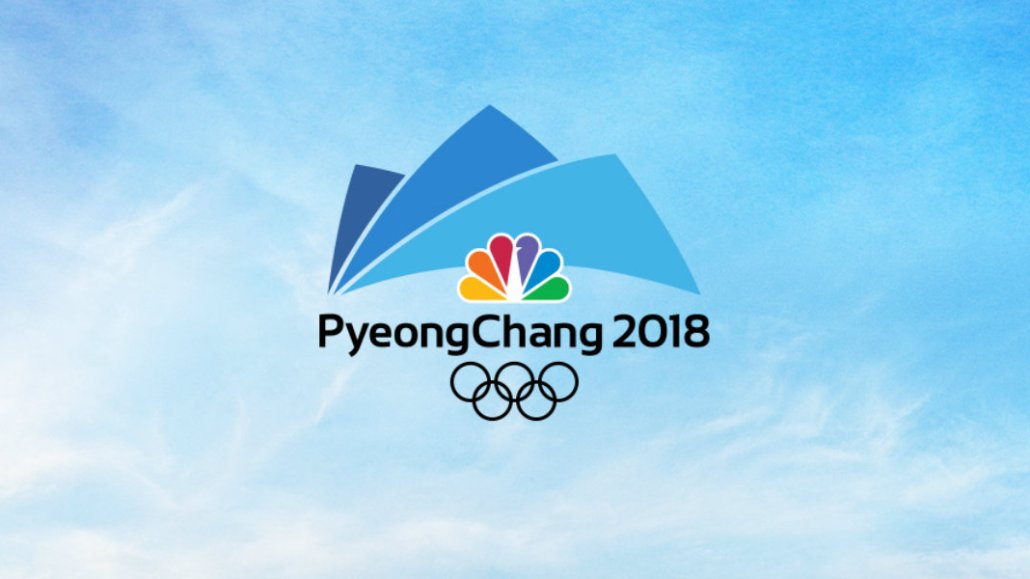 With the Winter Olympics getting underway on Feb. 9, NBC Sports is eyeing partnerships with social platforms such as Snapchat and Musical.ly to reach younger viewers.

For the first time, NBC Sports will be broadcasting live Olympics videos on Snapchat, using a new Snapchat Live tool designed for TV networks to distribute live clips on the messaging app. Starting Feb. 10, NBC Sports will go live on Snapchat covering key moments during the Games, the companies said.

The new live video feature will consist of two screens. At the top, a viewer will see a vertical version of the broadcast, and at the bottom, the horizontal TV broadcast. This will let viewers choose which angle they want to zoom in on, said Snap. Snapchat users will be able to subscribe to the live broadcasts, which will be available at the top of the new media and Discover section of the Snapchat app, by pressing and holding on existing NBC Sports Olympic content. Subscribers will receive notifications both inside and outside the app whenever NBC Sports goes live, said Snap.

While Facebook and other major digital platforms are aiming to compete with TV networks for live sports rights, Snap has been pitching itself as a complementary, second-screen platform for live and linear TV. With the new live video feature, the idea is that networks can market important broadcasts that matter the most — and reach a potentially new demographic along the way.

“We believe the best place to watch a live game or award show is still on a big screen,” said Ben Schwerin, vp of partnerships for Snap, in a statement. “That’s why we build products like Our Stories and Live that compliment and amplify what our broadcast partners are doing on television.”

Beyond the new live element, NBC Sports is also producing two shows for Snapchat about the Olympics. “Pipe Dreams” is a four-part series profiling Olympic snowboarders that premiered on Feb. 6. “Chasing Gold” is a 16-episode show that will profile U.S. athletes such as Lindsey Vonn, Gus Kenworthy and Chloe Kim. It debuts on Feb. 8, with plans to air one to three episodes per day for the first 10 days of the Games.

NBC Sports will also be programming two public stories a day covering behind-the-scenes action from PyeongChang, South Korea. And as previously announced, BuzzFeed will again produce a daily Olympics-themed Snapchat Discover channel for the duration of the Games.

NBC Sports parent company NBCUniversal, as part of a $500 million investment in Snap, has a broader advertising and original content partnership with the company. NBC Sports and Snap said they have signed up more than 20 advertisers to spend on Snapchat Olympics content as part of broader ad buys for the Olympic Games — double the number of advertisers that had spent on Snapchat during the Rio Summer Olympics.

Snapchat is NBC Sports’ biggest social play for the Olympics, but the broadcaster has also partnered with Musical.ly for the Games, bringing two Musical.ly stars, Nia Sioux and Ross Smith, to PyeongChang to document their experience of the event. NBC Sports will share Olympic highlights, behind-the-scenes content and GIFs on its new NBC Olympics account on Musical.ly.

Other social initiatives for NBC Sports include a partnership with Giphy to turn Olympic game highlights and other clips into GIFs, which users can share across social platforms. The company has also signed up “Stranger Things” star Gaten Matarazzo and YouTube stars Jenn Im and Monica Church to share Olympics-themed videos before and during the Games.

In total, it’s a huge endeavor for NBC Sports, which will have hundreds of people in South Korea and at NBC Sports headquarters in Stamford, Conn., involved in the production, distribution and marketing of Olympics content over the next two weeks. This includes NBC Sports’ plans to stream more than 1,800 hours of live competitions during the Games, up from 1,000 hours of live streaming from the previous Winter Olympics in Sochi.

On the social side alone, NBC Sports will have about a dozen people on hand in South Korea to shoot original footage, not including staffers from BuzzFeed, Snap.

“Our social team becomes part of a much bigger content factory,” said Lyndsay Signor, senior director of consumer engagement at NBC Sports Group. “[The Olympics] are bigger than anything we do because there’s so much going on at the same time.”