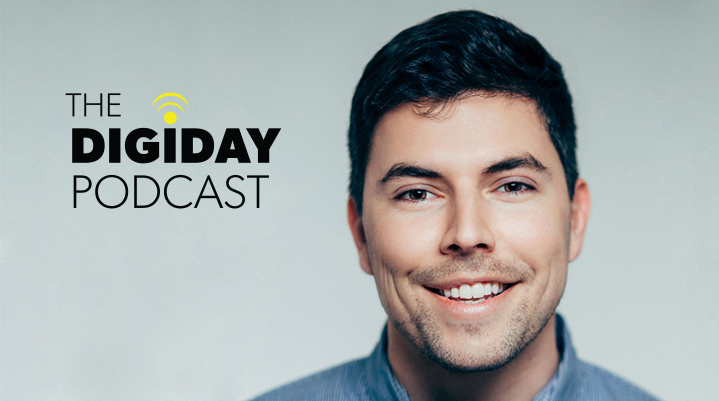 In under five years, Independent Journal Review has risen to a new type of politics news site with a 40-person editorial team, a White House correspondent and the designation of the most-shared publisher on social channels on election night.

“We were really early on the bet that social would be the future of media consumption, and that’s the differentiator and how we’ve been able to land in a big way,” IJR CEO Alex Skatell said on this week’s episode of the Digiday Podcast. “With news content, we’re the most socially engaged in the world. We’ve tapped into an underserved audience and we’ve created content that connects that community.”

2017 is the year of the community
IJR has grown quickly in its short existence. In November, it drew 26.1 million unique visitors, according to comScore, up from 21.5 million a year earlier. Much of that growth comes back to Facebook, which accounts for half the site’s visits, according to Skatell. Now, IJR is focused less on attracting more passersby and more on how to convert infrequent visitors into loyalists.

“The media companies that will thrive are the ones that cultivate a community on their property, where people are actively engaged, subscribed and communicating with one another,” he said. “Facebook is top of the funnel. It’s how you attract new audiences. It’s up to us to turn those audiences into our own, whether that’s subscribing to a new product or setting up a profile.”

Original reporting doesn’t get credit
Like many upstart sites, IJR started its existence by relying heavily on aggregation. It was often thought of as a conservative clone of Upworthy, the feel-good viral site with a progressive bent. But IJR has grown from there, with a growing newsroom and commitment to original coverage.

“The marketplace doesn’t provide a lot of value or credit for original reporting, especially as an independent company,” Skatell said. “When we break stories, people won’t know it came from IJR because they read it on other sites.”

Media navel-gazing is to blame for missing Trump
Unlike many political news sites, IJR isn’t geared to the insider crowds in Washington D.C. or in New York City. The site’s audience skews toward the Midwest, according to Skatell, appealing to “independent minded” and “freedom-loving” people outside the biggest population centers.

“Most folks who start media companies are based in D.C. or New York and there’s a lot of influence you have among your peer groups on the topics you cover and the conversations you have,” he said. “That’s why a lot of entrants target the same audience. Urban millennials have a lot of options.”

Facebook needs to act more forcefully on fake news
The focus on fake news around the election has again brought up the issue of Facebook’s reluctance to be a media company, preferring instead to act as a neutral platform. But its outsized role in the dissemination of news means it must act, Skatell said.

“They should come up with a solution,” he said.”There should be a trust system where three strikes and you’re out if you’re outright making things up. The Facebook News Feed is the front page of the paper for a large part of the population. They have a responsibility to clean up the very bad actors.”

Obama should start a media company
Media is going through a bad period. It’s clear that trust in media is at, or near, an all-time low. That’s given rise to all softs of alternative outlets online, acting a bit like talk radio. But it also gives an opening for trusted individuals to turn their personal distribution into media entities.

“Individuals can outpace distribution clearly on print but also digital channels,” Skatell said. “If you look at Obama, he has more than 20 million Facebook fans, 10 million email addresses. Those are massive channels. Even monetizing programmatically, he’d have success. But connecting people with him could be really interesting. A lot of people would pay for the ability to get trusted guidance from President Obama about what is happening.”