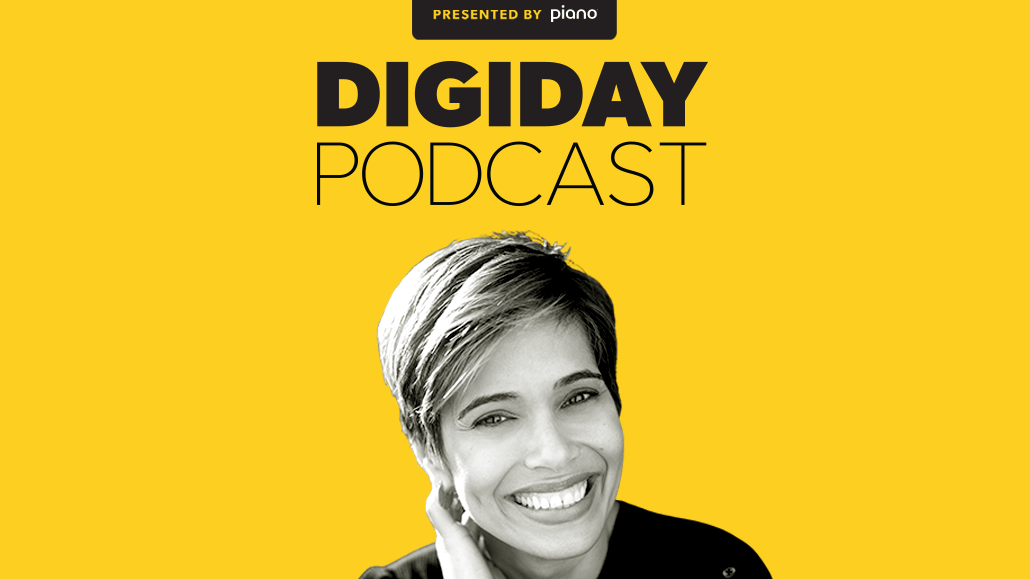 Shortly after Daisy Auger-Dominguez joined Vice Media Group as its chief people officer in May 2020, the murder of George Floyd spurred companies across the media industry to pledge improvements to their organizations’ levels of diversity, equity and inclusion. VMG then took the further step of uploading its DE&I initiatives into a dashboard for all employees to see the company’s plans and track its progress.

“Think of it as a project management app,” said Auger-Dominguez in the latest episode of the Digiday Podcast.

VMG’s DE&I dashboard features an entry for each active DE&I project, including links to corresponding documents, updated information about its performance metrics and progress toward those goals as well as the name of the employee responsible for overseeing that project.

“It not only creates transparency around accountability, but it also creates connectivity that can galvanize other employees that are interested in any of those particular projects [to see], ‘Oh, here’s the person I should be talking to,’” Auger-Dominguez said.

In keeping with the dashboard’s purpose of keeping employees up to date on VMG’s DE&I efforts, the company removes completed projects and adds new projects as its overall efforts evolve. Heading into 2022, some of those newer projects will likely concern VMG’s return to the office and the part DE&I plays in an in-person workplace. However, Auger-Dominguez is cognizant of not categorizing every initiative under DE&I, which can have the effect of putting it in a silo.

On inclusivity’s role in a hybrid workplace

We still have to be thinking inclusively about the fact that you don’t see everybody all the time. Now you get to see some people, but you still have some others that are not there. What does that look like? There’s a whole section on inclusive management tips to think about. There’s a really important one on respect and empathy. What we’re finding is that people are coming back to the offices, and we may be falling into bad habits around how to engage and how to connect. It’s very important to me that we keep on reminding individuals why respect and empathy are needed, which are core elements of feeling a sense of belonging for employees.

On handling the return to the office

At the end of the day, we gave guidance to managers: You get to choose what works for you. What we find — and this is the practice I’m taking with my team — is that it helps when the teams have defined days when they’re all there together. Because the whole purpose of what the future of work or the work of the future, as some people are calling it, is about the office being hubs for creativity and innovation and connection. So let’s use the space for that.

On hiring employees who work remotely

As a company, we’ve decided that, yes, we could hire individuals in the U.S. and other states, but it has to be in a state where we already have a legal entity. Ideally, it’s in a state where, even if they’re going to [work] at their home, where we at least have some connectivity for individuals, like in L.A., in Miami, in D.C. But I have team members in Seattle and in Florida, so I am an example of someone who’s hired or has allowed team members to move to those states because of life circumstances.

On managing pay equity in a hybrid workforce

When [employees] have moved, we have done a review of their salary based on local market salaries. We haven’t had to do it yet, but if someone’s salary needs to be reduced, that is part of the conversation so that they’re equitably priced to a peer who’s doing the same job in another market. Those are hard conversations. It’s a hard analysis. But I have the utmost respect and appreciation for my team because they’re constantly looking at it from a fairness perspective.