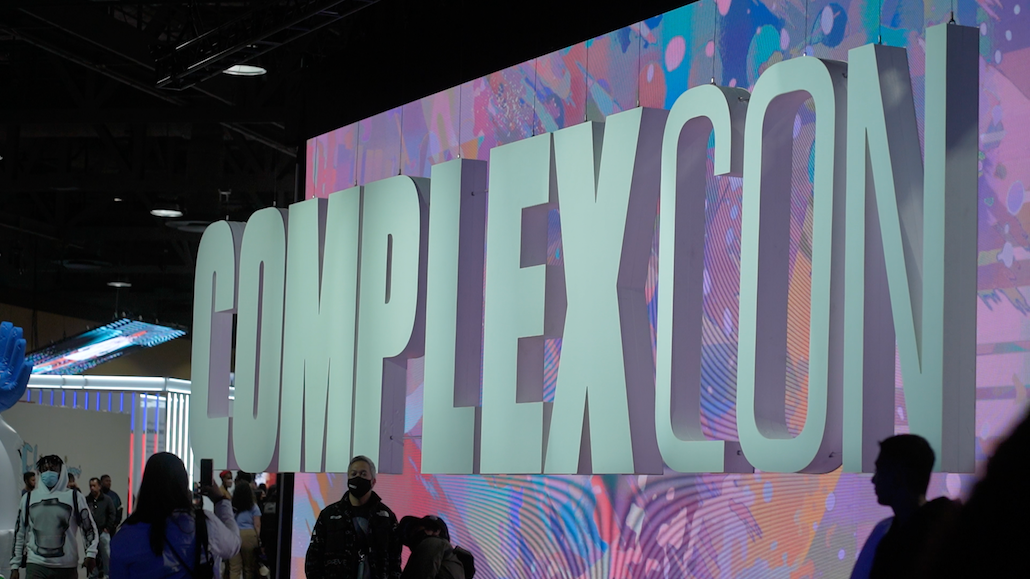 The 2021 edition of Complex Networks’ flagship event, ComplexCon, may have epitomized the current new normal for media companies’ events businesses. The mask mandate and mandatory health screening may have been new additions, but the so-called “cultural Super Bowl” was otherwise pretty normal, as documented in a video produced by Digiday.

Held in Long Beach, Calif., on Nov. 6 and 7, the fifth ComplexCon featured many of the hallmarks of its pre-pandemic incarnations. And even the COVID-related changes did not seem to diminish the event’s appeal, according to attendees who spoke to Digiday. That’s not to say that, a year and a half into the pandemic, some people weren’t on edge about attending an event that attracts thousands of people, but they did take comfort in the precautions that Complex Networks had instituted, such as allowing people to get tested on site.

“I think that’s the best thing, honestly, [to] make sure everybody gets tested walking in,” said an attendee from California’s Bay Area named Jordan who had not previously gone to ComplexCon.

Aside from the masks, the 2021 ComplexCon could have been easily mistaken for one of its predecessors. There was any array of booths inside the Long Beach Convention Center for people to purchase clothes and sneakers from fashion labels like Billionaire Boys Club and retailers like Deadstock as well as installations hosting art shows, speaking sessions and even an NFT battle. The last was held by cryptocurrency exchange Coinbase, which was among the brands including Gillette, LEGO and UPS that sponsored booths at this year’s ComplexCon and attempted to use their presences to imprint themselves upon the thousands of streetwear aficionados, sneakerheads and art-and-music culture connoisseurs in attendance. Outside the Long Beach Convention Center, Complex Networks’ food property First We Feast organized an outdoor food court/picnic area.

There were changes, though. And those changes extended beyond the carnival complete with a ferris wheel sponsored by Hello Kitty owner Sanrio. In accordance with Los Angeles County’s mask mandate for indoor public settings, Complex Networks required people to wear masks to enter the Long Beach Convention Center — although it did not seem to rigorously enforce the rule once people were inside. The media company also required people to pass a health check before entering ComplexCon, by either providing proof of vaccination or a negative test result from within the previous three days.

“It’s convenient for everybody’s safety,” said an attendee from New York City named Alexis of the health check. “There’s so many people here from all over, so it’s like you don’t want people to take that stuff back home to their families.”