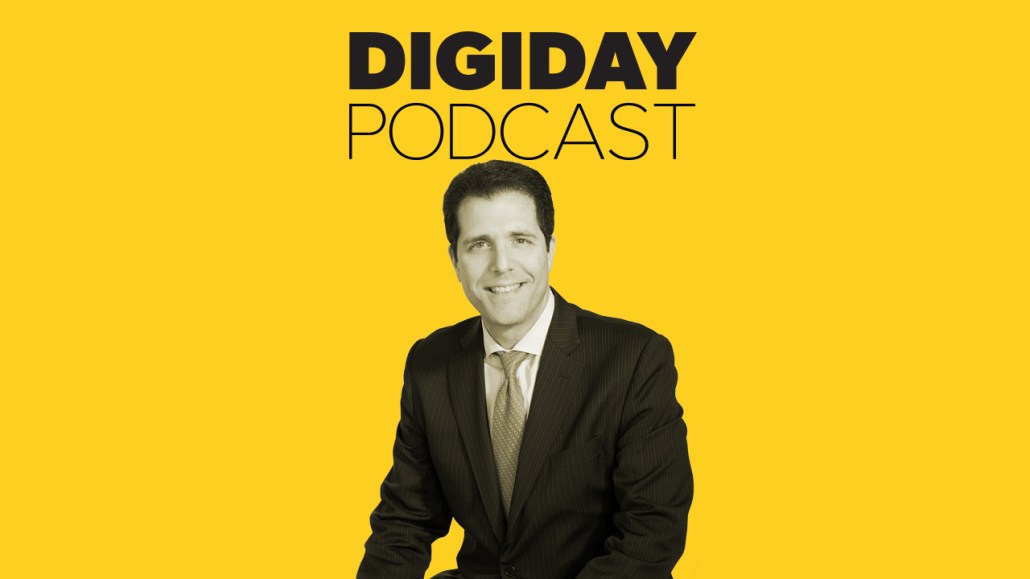 On this episode of the Digiday Podcast, Mike Smith, chief data officer at Hearst, joined Digiday editor-in-chief Brian Morrissey in an attempt to break down the current state of programmatic advertising.

When explaining programmatic, start with real-time bidding.
“It’s foundational. An auction takes place in the time you wait for a website page to load. It’s not unlike the auction at the New York Stock Exchange. The auction is decided based on your anonymous information. Hundreds of thousands of companies bid a small price against each other and the highest bidder gets the opportunity to put an ad in front of you. When ads are bought the traditional way the publisher’s in control of fulfillment, delivery, ad targeting and pacing. In programmatic, that control shifts to the buyer.”

Google’s journey to becoming the biggest player in the industry.
“Google injected the click-through rate in the calculation. If your ad has a click-through rate of one in 10 and my ad has a click-through rate of five in 10, then mine would appear above yours even if you bid more than me. Google, up to 2007, had dominated the paid search part of advertising. Next, Google needed a way to pursue the display ad marketplace. Neal Mohan ran display for Google at the time and put a strategic plan together that led to the acquisition of DoubleClick, which positioned Google to have an ad server, a computer that makes decisions about how ads are served at pretty much every publisher in America and Western Europe. It was a brilliant acquisition.”

How Google manages to wire together systems seamlessly.
Not only did [Google] acquire the auction system but also the best demand-side platform (DSP), Invite Media, which would become Google Bid Manager. You can use your DSP to bid for impressions on the exchange. The counterpart of a DSP is an SSP, which is the sell-side platform. The publisher licenses a set of SSPs. The advertiser licenses a DSP or a set of DSPs. And so Google bought Invite Media and also an SSP so they have a complete connection between buyer and seller. It’s quite brilliant on Google’s part. There are plenty of non-Google SSPs. PubMatic, AppNexus and Rubicon are some examples. There are plenty of non-Google DSPs. Trade Desk is an example. There’s no question that Google’s systems wire together seamlessly. But the non-Google systems wire together less seamlessly. Google can do cookie syncing, which is a critical part of user identification, far better than anybody. That’s why companies like AppNexus, Trade Desk and others have developed their own cookie syncing systems, including with the IAB.”

Facebook’s role in the ecosystem.
“Facebook is a part of the ecosystem of ad tech. But we all log into Facebook, and in exchange for the value we derive out of using Facebook, we share data with them. That data is guarded at Facebook for many reasons including their own advertising auction, that is almost always demographically and geographically sold for targeting purposes. You have this huge inventory given all the users and their level of engagement, and they build a simple to use, buying interface. It’s not real-time bidding. Facebook had an ad exchange. It was mostly used for third-party app inventory.”