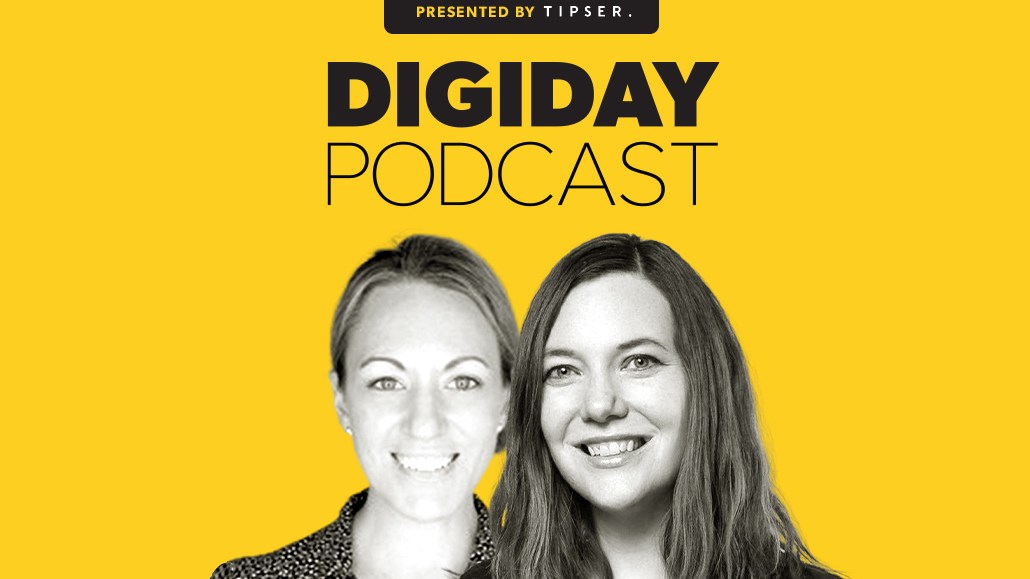 The digital advertising industry is in the midst of an identity crisis. Between the third-party cookie’s impending demise and Apple’s mobile app tracking crackdown, advertisers and agencies are having to figure the future of identity in digital advertising. Fortunately, that future has been a long time coming.

“For better or worse, the crystal ball has been decently clear that this is the direction we’re going from regulatory pressures, from a consolidation in terms of who is owning and controlling experiences through the lens of a browser, through the lens of an operating system. So we take solace in that there’s been a bit of a head start,” said GroupM global head of partnerships Kieley Taylor in the latest episode of the Digiday Podcast. Taylor was joined by GroupM global head of social Amanda Grant.

Further helping advertising figure out the identity situation is Apple’s mobile app tracking crackdown. That change is expected to take place this spring and is “giving us really good training wheels for the cookie-based changes that are going to come about,” Taylor said.

However, what that experience is showing so far is that advertisers may want to exchange the training wheels for off-road tires as they try to navigate the bumpy trails ahead. Although Apple has been fairly clear in saying that apps will need people’s permission in order to continue to track them for advertising purposes, “the platforms are all interpreting that very differently as it impacts their platforms. So it’s not like we have a single rules of the road for social activation moving forward,” said Grant.

Taylor: A big emphasis that we have with [the tech platforms] is really making sure that we’re helping advertisers who do have appropriate first-party data — CRM, for example — that they are able to use that to the fullest extent with those platforms that have really rich insights and interesting data. Bridging the gap is a big focus of ours to get advertisers to a place where, we don’t know what comes after the cliff of cookies, but we can have some really informed bets and proxies that we can take into the future.

Mapping out the measurement impact

Grant: Everyone is fielding similar questions around measurement and attribution: where there’s going to be limiting data paths and signals, how are platforms approaching attribution modeling, where do you make up for that loss of data? And if you’re a client or an advertiser that has had an expectation with a platform for a certain amount of time, how do you look at reporting post-impact of change, which we expect sometime in either March or April given the updates that we’ve been getting from the platforms?

Taylor: The best example that I can pull from is the patchwork of consent management frameworks that happened leading into GDPR and then directly following. I have every reason to believe that there will be similar levels of fragmentation to begin with. Ultimately I think one of the things it behooves advertisers to remember is they’re the ones that vote with their pocketbook. So if they have views about there being more choice, if they have views about there being not one universal standard, there are a number of different industry consortiums and trade groups that are actively seeking participation and input on what this roadmap should look like. No one’s anti-privacy; we’re just trying to figure out the right balance.