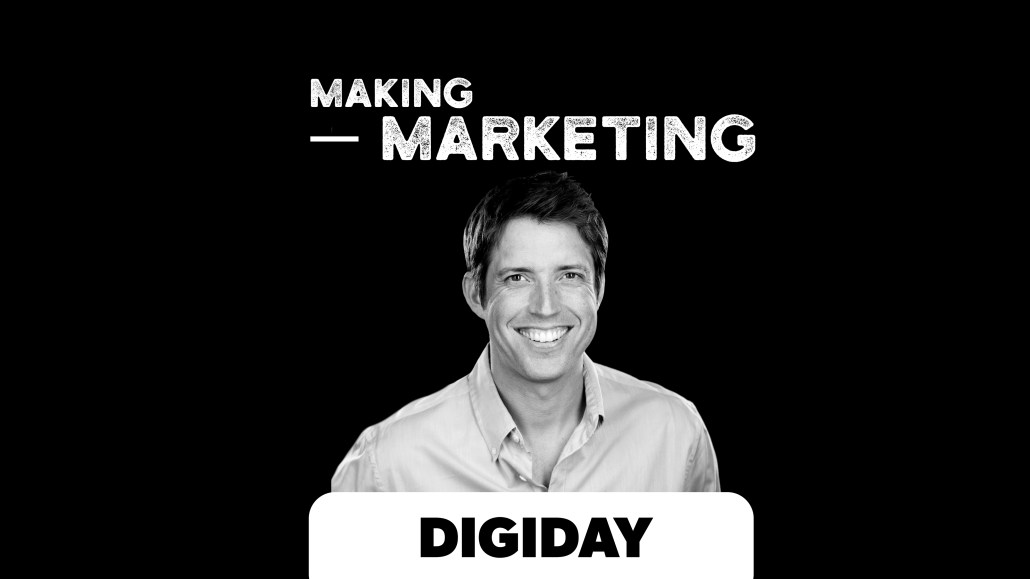 For GoPro, it never considered itself as solely a camera maker. Rather, it was a media brand, according to  founder Nick Woodman

“We had aspirations to aggregate our customer’s content and package and redeploy that as a media business. But the challenge with that is that content is already available and it’s free,” said Woodman on this week’s episode of the Making Marketing Podcast. “The reality is what makes GoPro content special is that it’s real-world moments captured by real people. We recognize that we shouldn’t try to morph that magic into a traditional media company. We should celebrate that content as great, stackable content that goes viral, is entertaining and does the job of authentically growing our brand because it’s coming from our customer community. In this way, we are in the media business but the way we generate a profit from this content is by selling more products and bringing more people into the community. We’re virally growing our brand and instead of selling ads to generate revenue, we sell cameras. We’re not trying to be a mass-market product.”

Woodman discusses reshaping the brand over the years, how GoPro’s media team operates differently and more. Edited highlights below:

Licensing user-generated content.
“We have to champion our customers at all stages to be more successful with our products. It’s why we’re investing more in our GoPro awards program, which pays our customers for their great photos and videos that we use in our marketing. Every piece of visual marketing you see from GoPro is captured on a GoPro. More and more, those photos are captured by our customers. We’ve started to license some of this footage with Adobe through the Adobe Stock program. Initially, it was content that we captured with our media team but our plan is to roll out our customer’s content when they give us the right to do so into the Adobe stock program so that other marketers can license these visuals for their own marketing purposes and our GoPro community will get paid for that as well.”

The media team is not a lighthouse.
“We’ve had a media team at GoPro since 2009. We’ve shot and produced some videos and pioneered a new short-form of video that’s done well. But we found that the most engaging videos came from our customer community. Our media team was originally established to show our customers what they could capture with a GoPro and then the customers would raise the bar. That’s just what happened. We could never be as creative and varied as the millions of our customers around the world. So we stopped trying to be the lighthouse and instead, we champion our customers. The student has become the master.”

Reshaping the brand.
“From the beginning, GoPro was a solution for doers. It grew the brand and got a lot of watchers and more of them started buying and contributing. As we grew the business, we lost sight of that. We thought we should maybe think more about the watchers and make GoPro a little less rad and more relatable and easier for an average person. But as a marketer, you don’t market to someone by showing them what they already do. You market to them by showing them something they don’t do yet but want to do and aspire to do. You have to be aspirational. We took a lot of knocks for being a sports camera company, being too radical or extreme. Unfortunately, we listened to it. We watered down the brand a bit and tried to be more mainstream. We got boring and started to look like everything else. [But now] our social is more energetic and aspirational, our viewership and engagement are up. The watchers don’t want to see relatable. It’s our job to make them realize they can join that world.”