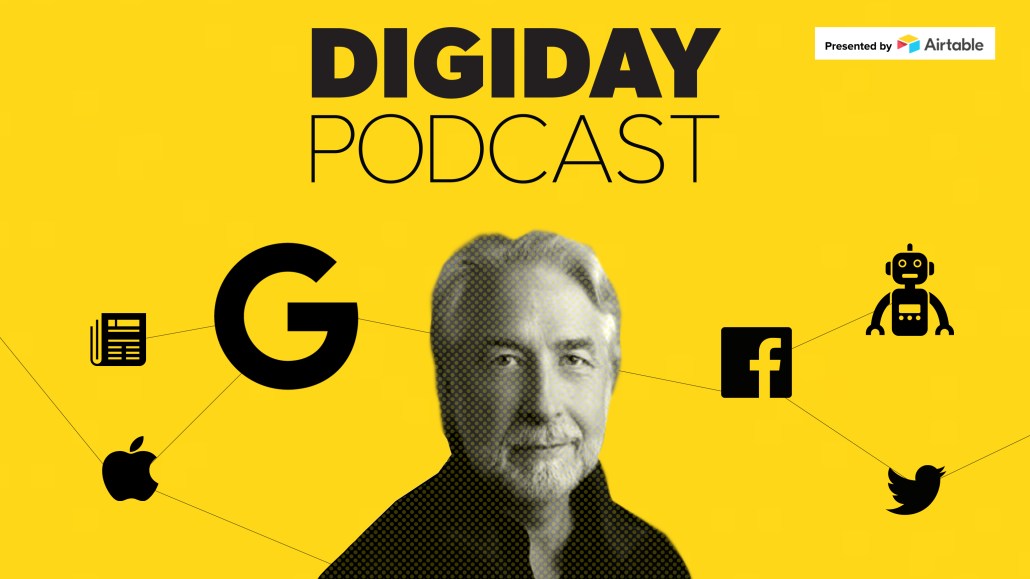 The open web transformed and effectively shrank the role of news organizations. With new business models coming in, it’s becoming clear that not all news organizations will survive and that newsrooms will become smaller, according to Richard Gingras, vp of news at Google.

“The very nature of the news organization going forward will be very different from the past,” said Gingras on the Digiday Podcast. “[80 percent of people that used to work in the San Jose Mercury newsroom], weren’t doing the local hard news, they were doing the movie reviews, automotive section to wrap the ads around. That got disaggregated too. There’s no need for that in the local community. It will be about local news. Can you do that with 20-25 people depending on the size of the market? I think you can and we’re seeing it.”

Gingras discusses working with publishers, local news, advertising, and more on this episode.

Google’s stake in journalism
“I’d like to think that we have some sense of societal values of journalism and open societies. But it’s also important to recognize the nature of our business. I’ve been challenging people who use ‘platforms’ as a generic term. Apple is a hardware platform and they choose what goes in their app store, Facebook is about friends and family and they control in time on their site. It’s a walled garden. Google is the open web. The relevance and value of Google search for billions of users is based on the concurrent of depth and breadth of the knowledge ecosystem of the web, to the extent it deteriorates, it’s not good for Google search. Our ad technology is used by two million publishers around the world. The success of [our] ad technology is dependent on the success of the those publishers on the open web. We have a vital, intrinsic business interest in the ongoing success and vitality of the open web.”

Publishing has to change with human behavior
“Publishers didn’t recognize that the internet is a whole new marketplace of ideas for too long. They thought of the internet as an additional means of distribution for the content products and business models they already had. In introducing the internet, and putting the printing press in everyone’s hands, we did create a vast marketplace of services and information. What’s changed for the business model is human behavior. If you subscribed to the newspaper in 1985, you were subscribing to the internet of the community. You looked in the paper to buy used cars, jobs, recipes, movies to watch. All of those behaviors don’t happen now. The rule of thumb in the newspaper industry was the circulation revenue covered the cost of the news print itself. Subscription was maybe three percent of their revenue. So they weren’t really in the business of selling paywalled content”

Collaboration helps
“The average Google executive does not understand the news business more than your average news executive understands algorithms at tech companies. Fifteen years ago, [Google] said, ‘It’s an open environment, get enough reach, advertising reach, and maybe it will all work.’ They never thought further than that. At the time ‘first-click’ was created, there were maybe a dozen paywall properties but they were struggling with our anti-cloaking policy. We worked around it and said ‘give first click free and then we’ll index the article.’ Thanks to collaboration with publishers that we’ve experimented and learned with analysis.”

The ad-pie share
“We do have ad technologies that publishers use. But people don’t include that last year, we sent $12.7 billion to those publishers using our ad platforms at revenue shares of 70 percent and beyond. We take a big piece, yes. With GNI, the mission is to identify and nurture success at the local level for other entrepreneurs to follow. I’m seeing seedlings of success there. The legacy newspapers became chains because it was an incredible advertising business and they found that through greater efficiencies they can improve margins. They have to recognize that the business is not going to be as big as used to be.”