The Dodo launches in Spanish in its first international foray 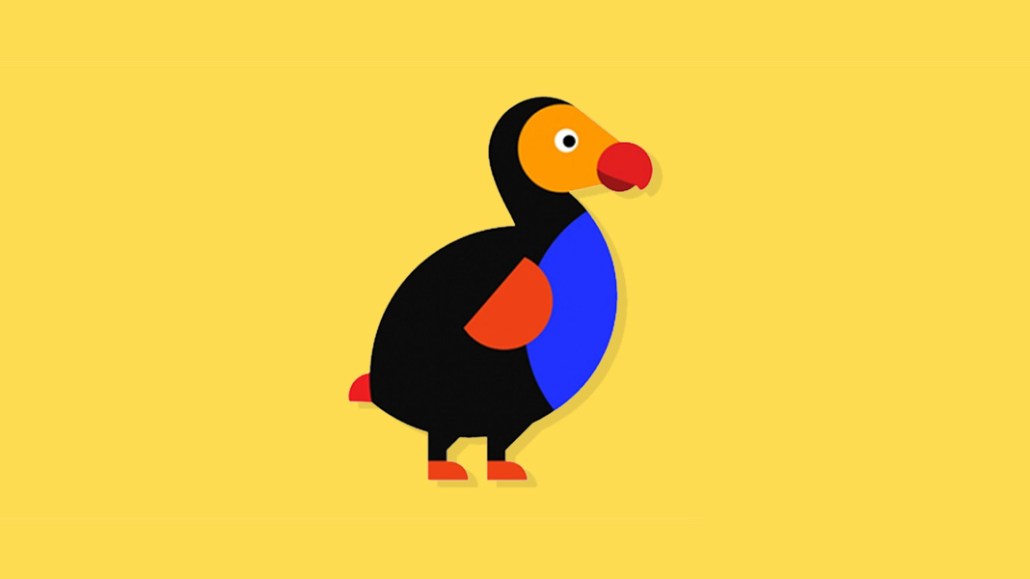 The Dodo wants to entertain people who love animal videos outside of the U.S.

In November, The Dodo, the animal-focused distributed publisher housed underneath Group Nine Media, launched El Dodo, a Spanish-language Facebook page making the same type of animal and pet videos that have helped The Dodo grow, as of December, to 17.5 million followers and 1.1 billion video views on Facebook alone, according to Tubular Labs. El Dodo is The Dodo’s first extension in another language, and it plans to introduce more international content to expand its global reach. Thirty-five percent of The Dodo’s audience lives outside of the U.S., the publisher said.

“[International] will soon be a quarter of the stories that we cover,” said YuJung Kim, president of The Dodo. “If you look at our top 10 markets, India, for example, is a top-three market for us — it’s obviously a huge, untapped opportunity. And beyond language, telling local stories will be more important — about 150 of the 800 nonprofits, animal shelters, sanctuaries and organizations we work with are international.”

Since launching El Dodo, the page has racked up more than 620,000 Facebook followers. About 50 percent of El Dodo’s audience is in Mexico, with another 33 percent coming from South American countries, including Argentina, Peru, Colombia and Chile, the publisher said.

Today, El Dodo is run by two staffers and publishes four videos per day. El Dodo plans to grow by expanding to other platforms and screens, like YouTube, which already has 80 percent of its audience living outside of the U.S.; and Snapchat, where The Dodo has a Discover channel and will start to produce Spanish-language content for the platform, Kim said.

And just as The Dodo produces a TV show called “Dodo Heroes” for Animal Planet, which Group Nine investor Discovery Communications owns, The Dodo could produce a Spanish-language show for a local TV station such as Discovery Latin America, Kim said.

As Facebook works to expand Facebook Watch beyond the U.S., The Dodo is angling to produce shows for those markets. Group Nine Media has a deal with Facebook to produce multiple Watch series for its publishing brands, which also include NowThis, Thrillist and Seeker.)

Launching a new Facebook page might seem like an odd decision as Facebook is deprioritizing non-user content in its news feed to favor content that’s commented on and shared. Kim pointed to The Dodo’s ability to get people to share and interact with its videos as a reason why the publisher isn’t worried. The Dodo gets 1.5 times more engagements (likes, comments and shares) per view than the Facebook average, according to Tubular Labs.

“We don’t believe every type of animal content is shareable, but we have gathered so much data about which types of animals and videos get the most shares,” Kim said.