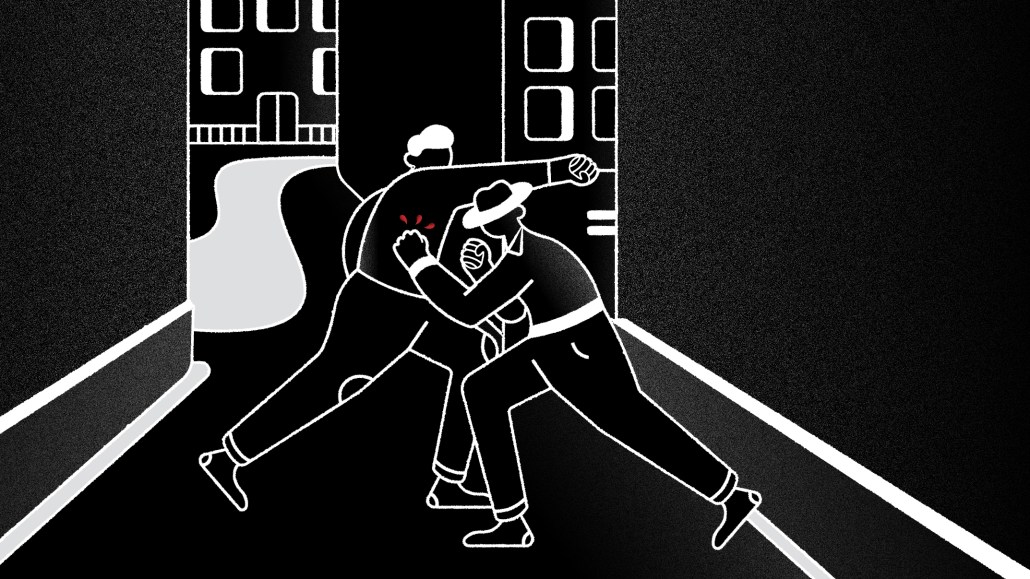 At the end of August, Erin Yasgar concluded that Google really wanted her to attend its upcoming cloud conference.

Yasgar, a practice lead for marketing and agency strategy at Prohaska Consulting, was being pestered in that way sought-after people will find familiar: Getting multiple emails a week, reminding her of the date, just checking in.

This felt unusual. The cloud side of Google’s business had previously shown little interest in agencies or marketers in general. “Google is actively courting the marketers [for its cloud business],” Yasgar said.

As the media industry begins to turn itself upside down before Google ends its support of third-party cookies, large cloud tech companies including Google, Amazon and Microsoft are using the upheaval as an opportunity to try and grow their cloud businesses.

In taking third-party cookies out of digital advertising’s equation, Google has forced advertisers and publishers alike to focus on their own first-party data to an unprecedented degree. Without cookies to fall back on for targeting or measurement, they will need to bring more data into more clean rooms for matching. As the importance of e-commerce continues to swell, marketers will need to do more to tie their ad data to other kinds of data typically walled off in different corners of their organizations. And as advertisers, as well as publishers, reshuffle their always-on ad spending strategies, so will the need to use artificial intelligence to spot pattern growths too.

Signs of these growing needs are already visible. For example, searches for customer data platform software more than doubled last year, according to data from the business software marketplace G2.

But at the most developed end of the spectrum, most of these needs can be solved by cloud infrastructure and computing services. And its largest purveyors are ready to pounce.

They never had to understand unknown, or anonymous people. They were just buying return on ad spend through an agency.
David Novak, the co-chair of the data and marketing practice at Prophet

“As you get into the billions and above in revenue, it’s becoming one of the highest priorities,” said David Novak, the co-chair of the data and marketing practice at Prophet. Those largest firms, Novak said, are “driving a very tech-centric view of how to gain customer understanding that they didn’t have a few years ago.

“They [marketers] never had to understand unknown, or anonymous people. They were just buying return on ad spend through an agency.”

Today, Novak and Yasgar see large organizations instead focused on trying to drive personalized interactions with their customers across many disparate surfaces; sharing data not just across their own different parts internally but with growing numbers of strategic partners externally.

All of that makes the need for strong cloud infrastructure more important.

“That need for the flexibility [of data], and the tech that CMOs need to deal with the identity graphs, cloud computing supports all of it,” Yasgar said. “All the infrastructure that’s needed, what both sides of the coin need, is absolutely set to grow.”

While the cloud providers are most interested in the largest marketers and media companies at the moment, this shift seems likely to spread to smaller publishers too, some, such as Amazon, are positioning themselves in a way that could hook even mid- and long-tail publishers into their clouds.

For Amazon, Google and Microsoft combined, cloud computing is already a $100 billion business. —Timothy K. Horan, a cloud and communications analyst at Oppenheimer

A different kind of scale

In the great cloud battle, media would be a minor theater of war. Cloud computing is already a $100 billion business for Amazon, Google and Microsoft combined, and it is growing by more than $30 billion annually, said Timothy K. Horan, a cloud and communications analyst at Oppenheimer.

Securing the largest advertisers and publishers might amount to a single-digit percentage of their cloud revenues. “Maybe it’s hundreds of millions of revenue in a couple years,” Horan said. “They’re always pursuing these kinds of things, but it’s a minor product [in that context].”

But even if each individual marketer is small potatoes to the cloud purveyors themselves, committing to one kind of infrastructure or another represents a profound decision for most of their customers.

“We’re talking about something that is incredibly complex,” Yasgar said. “There’s always that decision of, ‘Do I go all in on one vendor, or do I go best in class and match in my stack?’”

Viewed from one angle, all of that complexity, as well as the significant amount of time and investment needed to commit to a cloud provider and strategy, could create the kind of oligopoly that currently rules the digital advertising market: If marketers have to work more closely with one another, the incentive to use shared cloud infrastructure grows strong enough that it may force the largest marketers and publishers and agencies into the hands of Google, Amazon and Microsoft, freezing out independent services such as Snowflake.

But others say that complexity may have the opposite effect, essentially buying time for competitors, which have made separate in-roads with marketers, to develop their cloud offerings to better suit these larger needs.

“It could give them [Adobe and Salesforce] a dark horse position,” Novak said. “They are already working with marketers, hand in hand.”

A cloud for the long tail?

For now, smaller marketers and publishers are mostly relying on agencies or less sophisticated software to handle these problems. But if you squint while looking at the moves that cloud providers such as Amazon are making, it’s possible to see them as part of the foundation of a much larger cloud-based services business for them.

The company’s publisher services division, APS, already provides a server-side tool that allows them to manage ad requests. It is currently building an ad tech services marketplace inside APS as well, which would allow publishers to run many of the revenue-boosting (but often site-slowing) services on Amazon servers, rather than theirs.

That basket of services could represent the strong foundation of a product that most publishers would have to at least consider subscribing to, sources say. It could sweeten the deal further by using its dominant market position to secure preferential pricing for APS customers.

Amazon may not wind up building out that infrastructure to target smaller publishers. But the shadow of Amazon’s cloud ambitions already color the conversations it has, say sources at multiple publishers who work with Amazon, who asked not to be identified while discussing a key business partner.

“All they care about is their cloud business,” one said.