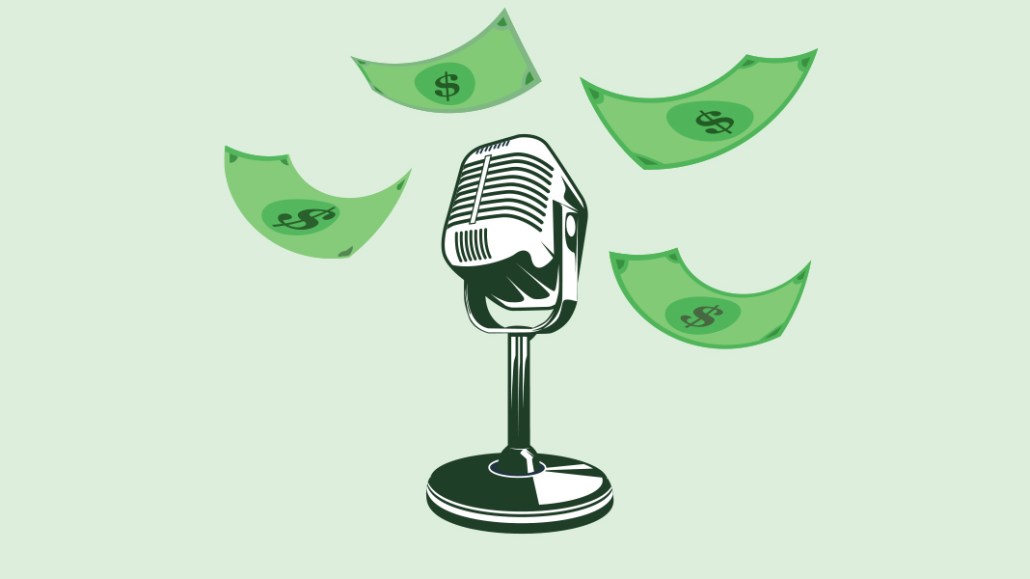 The podcast advertising market continues to be a work in development. That was evident during the first day of the two-day Interactive Advertising Bureau’s Podcast Upfront yesterday.

In between podcast publishers like Blue Wire, NPR and WarnerMedia pitching their latest programming slates, panel discussions dealt with the limitations of host-read ads, the challenges of measurement and the need for advertisers to adopt contextual targeting.

The effects of fragmentation

While podcast advertising revenue is expected to be more than $1 billion this year, programmatic buying represents less than 5% of that revenue. A big reason for that is the issue of fragmentation, according to Hayley Diamond, evp of U.S. digital investment at Publicis. It was a topic that came up many times during the conference, and especially during the last segment of the day on programmatic podcast advertising.

People are listening to podcasts on smartphones, smart speakers and even “connected cars” (cars that can get 5G and have audio streaming apps built into their infrastructure), said Andre Swanston, svp of media and entertainment vertical at TransUnion. It’s a persistent challenge for advertisers in the audio space to be able to measure listeners across those devices. Multiple audio streaming platforms “makes things quite difficult,” Diamond said.

“There is a need for technology to determine episodic-level targeting and viewer targeting and brand safety and suitability,” Diamond added. “Stitching together the different measurement requirements will help us in this space.”

Listeners’ “connection” to host-read ads is another challenge, according to Claire Fanning, vp of ad innovation strategy at SXM Media. Advertisers are struggling to maintain the “authenticity and intimacy” of the host-read ad but overcome the limitations of that native podcast environment (a host will read an ad in their own podcast — which is not a creative spot that can then be programmatically inserted into other podcasts, for example).

As a result, finding a way to combine the merits of host-read ads with programmatic buying processes sounds like it is still a work in progress. Ashutosh Gangwar, gm of inventory partnerships at The Trade Desk, said they are working with publishers like SXM Media to figure out new ways to “automate the process of ad insertion and buying.”

Contextual targeting to save the day?

Executives said the key to drawing out more podcast programmatic ad revenue is “to expand from audience targeting to contextual targeting,” Fanning said, referring to the approach of buying ads based on what people are listening to versus who they are. Advertisers want to see what a listener’s mindset is when an ad is served, she explained.

While advertisers “can never walk away from audience targeting,” due to the importance of data like the demographics of a listener, “you’d be missing a huge piece of the pie if you were solely focused on the audience and not spending time thinking about the contextual alignment,” Diamond added.

Podcast publishers presented slates of new shows coming this year and into 2022, some of which include: