Case Study: How BDG created a blueprint for revamping its media brands 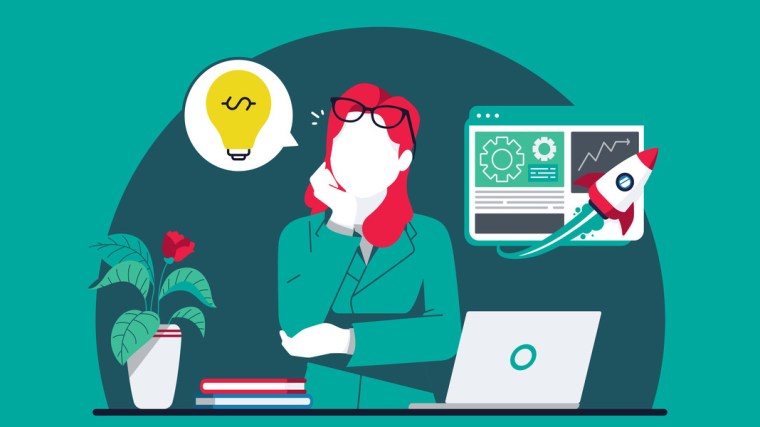 When Emma Rosenblum joined BDG in 2019 as the editor-in-chief of the lifestyle portfolio, she was instructed to inject some of her old-school editorial know-how into a scale-first, SEO-focused growth strategy that the four brands’ under her purview had grown up with.

Now Rosenblum is the chief content officer for BDG’s lifestyle group as well as the newly formed parenting portfolio and she is working to take all of the learnings from the past two years and apply them to her company’s newest additions — Scary Mommy, Fatherly and The Dad, which were acquired as part of Some Spider Studios earlier this year for $150 million.

“I came in at the moment where we felt like our growth was not necessarily the place where we wanted to put our resources,” said Rosenblum during the Digiday Publishing Summit this month. “We had figured out SEO, we had figured out scale. [I was given the job of] maintaining our enormous audience while improving the editorial the look, the feel, the writing, the editing, and the quality overall.”

Rosenblum and her team created a blueprint for converting mass audiences into fans of the brands she oversees and below is a look into how they executed that plan.

Ad position: web_incontent_pos1
01
Building a fanbase out of a massive audience

One of the first steps of updating the lifestyle portfolio was figuring out which audience Rosenblum’s team wanted for each brand, and also, what the competitor set was doing.

Prior to BDG, Rosenblum held various editor roles at several fashion and lifestyle magazines including Elle and Glamour — legacy publications that had qualities she wanted to emulate in BDG’s lifestyle brands.

“When I was at Glamour, [there] was always this idea that there were Glamour girls — specific people who loved Glamour and always would buy it every month. We didn’t necessarily have that as much for [BDG’s] brands,” she said. “We want people to be coming to the homepage,” not just arriving to an article via an internet search.

To rectify this, the editorial teams added more writers, developed franchises around certain coverage areas, and prioritized quality in the writing and art. This includes producing digital cover shoots and features to attract more celebrities like Demi Lovato, Janelle Monáe and Camila Cabello in the hopes that it would become viral. 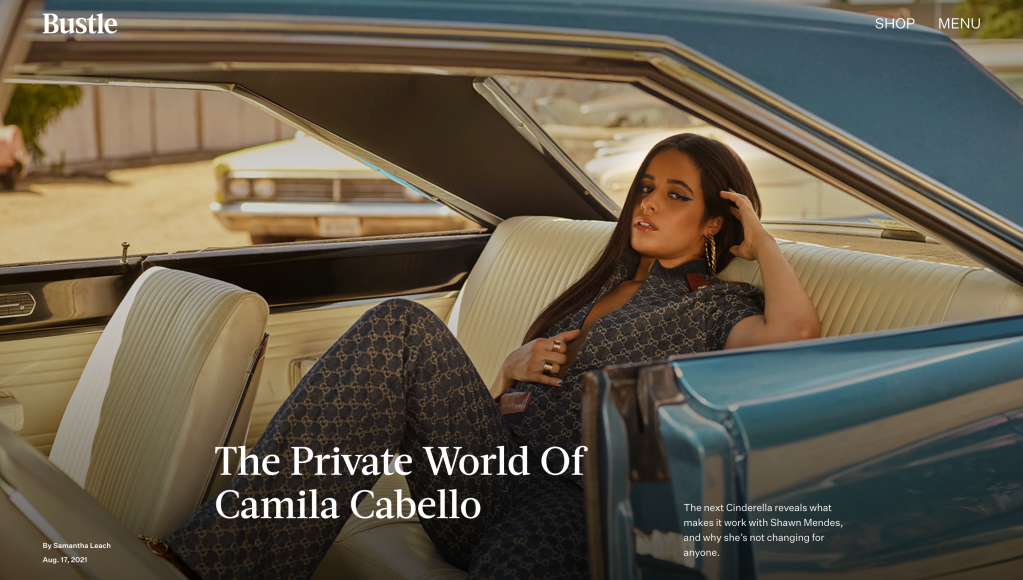 Migrating all of BDG’s sites onto one centralized operating system was a significant step in modernizing and updating the lifestyle portfolio.

In May 2019, BDG acquired Joshua Topolsky’s site The Outline. While the online magazine was shut down at the beginning of the pandemic, its tech stack, which the company acquired along with the website, was adopted and fused with BDG’s existing system to be used by all of the core BDG brands. The Some Spider Studio brands will be migrated to the tech stack in the next year as well.

So far, this move has given the sales team a streamlined way to sell advertising campaigns across all of the brands. Additionally, because all of the brands have the same building blocks behind them, the teams have been able to easily manage site redesigns, newsletter launches and e-commerce tie-ins.

The more that the BDG brands produce these high-caliber content packages, the more big advertising packages are sold.

While Rosenblum does not personally track the revenue from these brands, she said anecdotally there are more themed campaigns sold that are attached to the editorial calendar compared to before the brands were sold as a collective. “It’s also great for our advertising team who can bring up Bustle and put it next to Glamour or Vogue,” said Rosenblum.

With updated websites and more cohesive editorial coverage, the brands can also implement other revenue-generating products, like newsletters and embedded e-commerce shopping.

Over the past six months, BDG began relaunching its newsletters, along with some new ones with benefits leadership hopes will create habit-forming behaviors among subscribers like referral programs and reward benefits for reading the email and sharing it with a friend. And now, several of the lifestyle brands are using the content itself to sell products to their readers, by integrating shopping carousels, featured product pop-outs and branded shoppable elements into articles that tie into the content, rather than sitting separately in a shop tab.

Steer clear of print for both brand building and revenue growth.

BDG’s only print product belongs to W Magazine, which the company acquired in August 2020. The print product is a way to showcase the brand to some sponsors and super fans of the brand, but Rosenblum said she’s focused on growing the digital sites.

Since joining BDG, the company claims that W has increased its digital revenue by 199% in the first quarter of 2021 compared to the same period in 2020, partly due to access to the company’s branded content studio, which has enabled luxury advertisers, like Celine and Bottega Veneta to buy their first-ever branded content campaigns to run on W’s site.

“Our biggest clients for our other brands are more mass retailers [and] they don’t care about print. All they care about is scale. They care about how cool your brand is and how it looks online, but they’re not looking for print product advertising,” said Rosenblum. “They are old-school companies that are tied to this idea of print and who knows maybe in 10 years that won’t be the case anymore.”

For Rosenblum, the goal is to make this a “step and repeat” model that can be used to quickly and effectively onboard new acquisitions in the future.

It is no surprise that BDG wants to pursue additional m&a opportunities down the road. Earlier this year, the company’s CEO Bryan Goldberg announced that he was pursuing going public via a special purpose acquisition company (SPAC), which would open BDG up to more money to buy media companies.

“I think that our company’s strategy of creating great websites that have traffic and not deviating a million times from that has actually been really successful for us. My plan is just to make these sites grade over the next year, see what else we can and want to acquire, and then kind of do the same thing,” said Rosenblum.