Inside BuzzFeed’s pivot to programmatic advertising 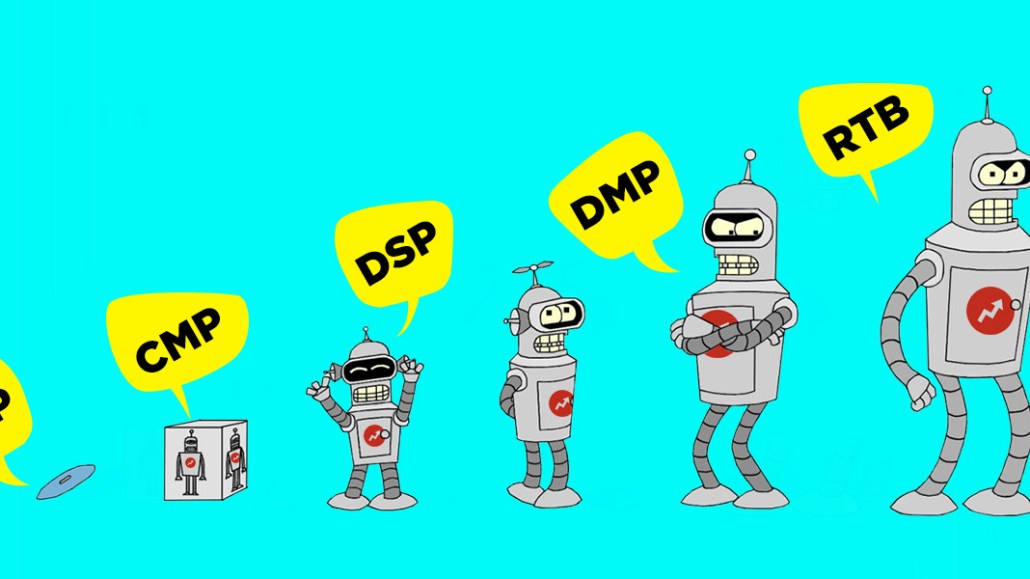 Once one of the most high-profile programmatic holdouts, BuzzFeed has embraced the automated ad business to the point that last week it opened its programmatic inventory to its entire sales team.

BuzzFeed took a measured approach to programmatic until August 2017, when it announced it would start selling traditional banner ads through open exchanges like Google’s AdX and ad networks like Facebook’s Audience Network. The publisher began testing the standard display ads on its site in September and “stepped on the gas in October and November,” said Dan Walsh, who oversees BuzzFeed’s programmatic business on a day-to-day basis as gm of BuzzFeed.com.

“Just last week, I opened it up to the entire sales team to start having those conversations across more than just trading desks, across more than just agencies, going direct to clients,” said Lee Brown, BuzzFeed chief revenue officer. Brown said opening up programmatic has brought in new advertisers, but wouldn’t provide any numbers about how that business has performed.

For years, BuzzFeed pitched brands on its ability to produce articles and videos that would be distributed on its site and through its social accounts. BuzzFeed would then boost the placements that performed the best to increase the impressions that came from people sharing a piece of content on their own, which were free of charge to the advertiser.

But now that BuzzFeed is selling traditional ads on its site, the company has a financial interest in directing traffic back to the site, which has led advertisers to wonder whether BuzzFeed is still just as invested in supporting the spread of their branded content.

“It’s a bit of a conflict of interest and bait-and-switch for longtime advertisers,” said one brand executive that has done branded-content deals with BuzzFeed. “I’ve paid premium dollars to BuzzFeed for sponsored content that was supposed to generate two times or more impressions from the earned reach, and the advertiser next to me just bought ads on BuzzFeed’s homepage and is trying to get eyeballs there. Those two things conflict, and it’s a turnoff.”

Brown dismissed any perceived conflict between the two sides of BuzzFeed’s ad business. “Our core business is still native,” he said. He also described how BuzzFeed can connect the native and programmatic sides of its ad business.

For starters, he sees an chance to take its cut-down versions of brands’ TV ads, called BuzzCuts, and run them programmatically across its site. Second, he is exploring how to use programmatic banners for advertisers to show to people who were exposed to a sponsored quiz or other native campaign. Third, he sees an opportunity to create BuzzFeed’s version of the interest-based audience segments that Facebook, Google, Snap and others offer for ad targeting.

“Whether it’s targeting people who are heavy quiz takers or love Disney princesses … we think about those types of segments as something that advertisers are very excited about,” said Brown.

BuzzFeed is also starting to put measures in place to protect its programmatic ad business from advertisers that would buy ads on its site, then track that audience around the web and target them on other sites, reaching BuzzFeed’s audience for less money, a risk that premium publishers face when they sell their inventory on the open market. Since BuzzFeed sells its inventory through open auctions, as Walsh confirmed, it can fall prey to this practice.

BuzzFeed is adopting the Interactive Advertising Bureau’s ads.txt initiative, which lets advertisers know which companies are authorized to programmatically sell ads on BuzzFeed.com. It’s also looking to sell some of its inventory through private marketplaces so that only authorized advertisers can access it. The company has sought advice on how to set up such deals from investors like NBCUniversal and Hearst, which have erected their own private marketplaces, Brown said. A job listing on BuzzFeed.com for a director of programmatic partnerships includes the creation and implementation of private marketplaces as the first bullet point under the position’s responsibilities.

BuzzFeed’s recent expansion into programmatic is a notable change since early 2018, when its programmatic sales were limited to Walsh and a few other employees, according to Brown.

During CES in Las Vegas in early January, BuzzFeed held meetings with its programmatic partners, and even then, four months after it opened up to automated ads, those partners were surprised to learn how lean its programmatic team was. “I would have anticipated them to be slightly more ahead by this point in that respect,” said one ad tech executive.

That’s no longer the case.

“The most remarkable thing about it is they were one of the original and only holdouts, and now they’re whole hog in it,” said the ad tech exec.