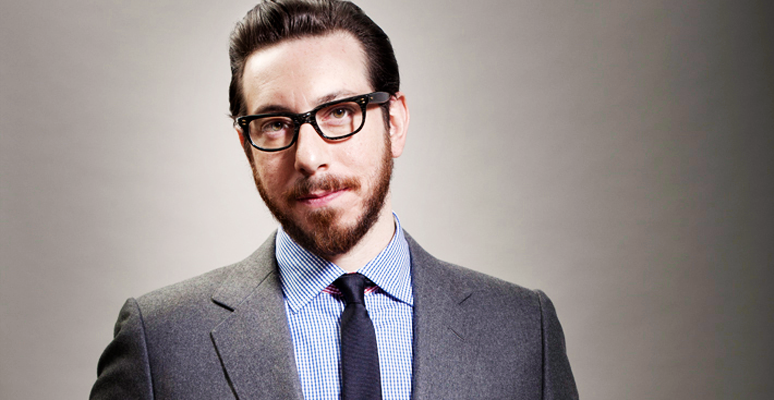 Bloomberg LP seems to have it all: a lucrative financial terminal business, a wire service and a series of media properties that span television, radio and print. One thing it doesn’t have? A Web-friendly, mainstream digital presence.

For Bloomberg Media CEO Justin Smith, turning that around requires more than just building digital-first properties (which Bloomberg has been doing). It also means hiring the right digital-savvy talent to push things forward. His latest hire is Joshua Topolsky, co-founder of Vox Media and editor-in-chief of The Verge, who is joining as Bloomberg Media as its new digital editor and digital content officer.

Topolsky’s hire checks all the boxes for Bloomberg. At Vox, he helped build a successful media organization from the ground up, setting the course for its video ambitions and making The Verge one of the more popular tech sites on the Web. And all of that makes him a valuable asset to Bloomberg LP, which is trying to accomplish essentially the same goals with its own media operation.

“You’d be shocked by the similarities,” Topolsky said. “Bloomberg Media is very entrepreneurial, very startup-like. It feels like a young, hungry brand that wants to build something impressive and new,” he said.

Topolsky said he wasn’t looking for a new role when Bloomberg came knocking but couldn’t pass up the opportunity to “build a strong 21st-century media brand under the Bloomberg umbrella.” His ambitions echo those of Justin Smith, who said 100 days after he stepped up that his goal is to create one of “the world’s leading digitally led multiplatform global business media companies.”

Doing so isn’t straightforward, however. Bloomberg LP’s corporate culture is a reflection of its core terminal business, which is closed and driven largely by the needs of its customer base of finance analysts. Building a more open media business on top of that has an uphill battle.

Things have been slow on the digital side as well. Bloomberg.com’s traffic has hovered around 12 million uniques over the last year, a fraction of the traffic to competitors like Yahoo Finance, CNN Money and Business Insider, per comScore. The story is the same for BusinessWeek.com, which got 8 million unique readers in June. That’s flat year-over-year.

The bigger issue: It’s still not clear where Bloomberg Media fits in with the company’s larger business, or what the operation’s goals are. “Their larger Web and media initiative is a bit opaque to all of us but, on the surface, does seem different from their closed, insular culture,” said Dorian Benkoil, CEO of Teeming Media and founder of The MediaThon.

On one hand, it’s a valuable marketing opportunity: Expose your brand to more readers, and you increase the chance that some of them will turn into paying customers. Viewed though that lens, Bloomberg Media appears to be a very ambitious loss leader for Bloomberg LP.

Still, there are still more questions than answers for Bloomberg Media at this point. “Is this all that strategic, or is the Bloomberg Media operation in its own orbit and not considered strategically as part of the larger whole?” Benkoil said.