Banner ad creator: ‘My kids make fun of me for it’ 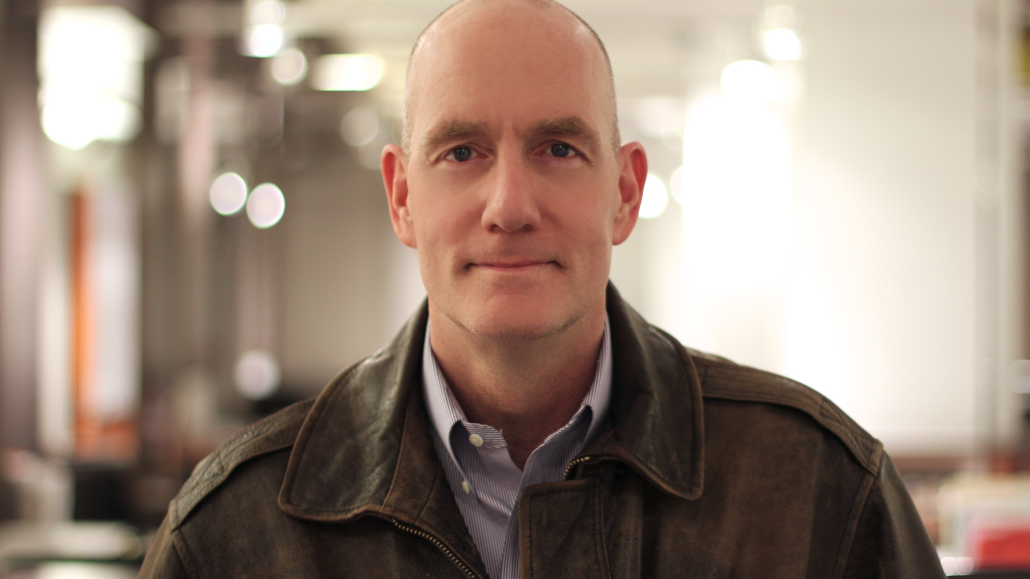 The banner ad will turn 20 this October, but the occasion will not necessarily be a cause for celebration. While the banner ad has been the lifeblood of the digital media industry since its inception, it has been the subject of scorn and derision from almost the very beginning. Banners, critics complain, are ineffective, uninspired and detrimental to users’ Web experiences. “Banners are simply a crude attempt to take what has been done in other media and cram it in the way of consumers online,” DataPop CEO Jason Lehmbeck once argued.

We spoke with Joe McCambley, co-founder of The Wonderfactory, about the increasingly dubious distinction of being the banner ad creator.

So, you’re the man who started it all.
That’s what people say. But actually at the time, in October of ’94 when those first banners went up, I think there were five different agencies that we all kind of rushing to get their assets to Hotwired first. Some were minutes behind. It’s nice that people say that, but it upsets other people, probably.

It sounds like that title might be a dubious honor.
It is. It depends whom you’re speaking to, as well. My kids make fun of me for it. Mercilessly. Some of my colleagues appreciate it. Most people when they say that today, it means to them that I’m old and maybe not as relevant as I’d like to be regarded. I think I’m still relevant, damn it!

How do your kids interact with banner ads?
They don’t even notice them. They don’t see them, they don’t respond to them. I would bet that they’ve never clicked on a banner ad.

Is there a lesson there?
Not enough brands integrate what’s happening in other media with what they’re doing on the Web.  That lesson has been lost. AT&T was smart enough to make sure that the banner we created had something to do with the millions of dollar they were spending on other media. In October of ’94, AT&T was running a campaign with the tagline “You will.” They would show people driving through toll booths without stopping or mothers reading to their children over a video phone from 3,000 miles away. Then the ad would end with “You will.” So it seemed familiar to people when they went on the Web and saw a banner that said “You will.”

Whereas today advertisers do what?
Our goal was to ask “How can we help you?” Today it’s all about “What can we sell you?”

What else can we learn from your kids’ behavior?
Older people tend to scoff at young people when they’re in the elevator or in line at Starbucks and have their noses in their mobile phones because they’re interpreting it as wasting time. But they’re getting shit done. They’re uploading photos to Facebook, they’re listening to music, they’re sharing, they’re reading. If you’re an advertiser today, you’re not going to help young people by trying to sell them on their mobile phones. You’re going to help them by creating utilities that help them get things done. Nike Plus is one of the best ads ever created.

So mobile advertising is all about utility?
Utility comes in many forms. People watch the Super Bowl to be entertained, so the most popular Super Bowl ads are the ones that entertain the most. You have to figure out what people need in the moment on mobile, whether it’s entertainment or information.

Is every brand going to be able to create something utilitarian?
I want to believe so. What’s keeping brands from being useful is a lack of imagination.

What about for higher-funnel brand advertising?
The most effective buy is still TV. Banner advertising is a direct-response medium. And when banners fail, marketers say, “Well, that was a branding effort.” Bullshit.

Are you saying brand advertising doesn’t have a place on the Web?
No. Look at what Chipotle has done and how their videos have gone viral.

Is branded content going to replace the banner then?
When marketers hear the phrase “brand publishing,” they think articles, photo galleries, listicles. That’s certainly a form of publishing, but if you’re going to be successful on the Web, you have to incorporate app-like experiences like photo uploading, sharing, finding where to purchase, then purchasing. Or using high-end photography and videos to show what the product looks like when you’re wearing it.

What’s the answer for publishers who rely on banners?
Native advertising: full-blown content experiences that get advertisers out of the banner experience and into content. Forbes, Inc., Time and Mental Floss do a good job of creating journalistic units that create experiences for brands.

Are you upset about what advertisers have done to your baby, the banner ad?
No. I mean, yes. I can look at myself in the mirror and say I’ve done great work in banners. The problem is that everyone is going programmatic. There’s not a lot of money being put into creativity and innovation.

If no one is seeing banners, though, is it worth putting energy and money toward creating better ones?
The Wonderfactory has been open for nine years, and we’ve never created one banner, because we don’t think it’s worth the investment. So, no, I wouldn’t do it.