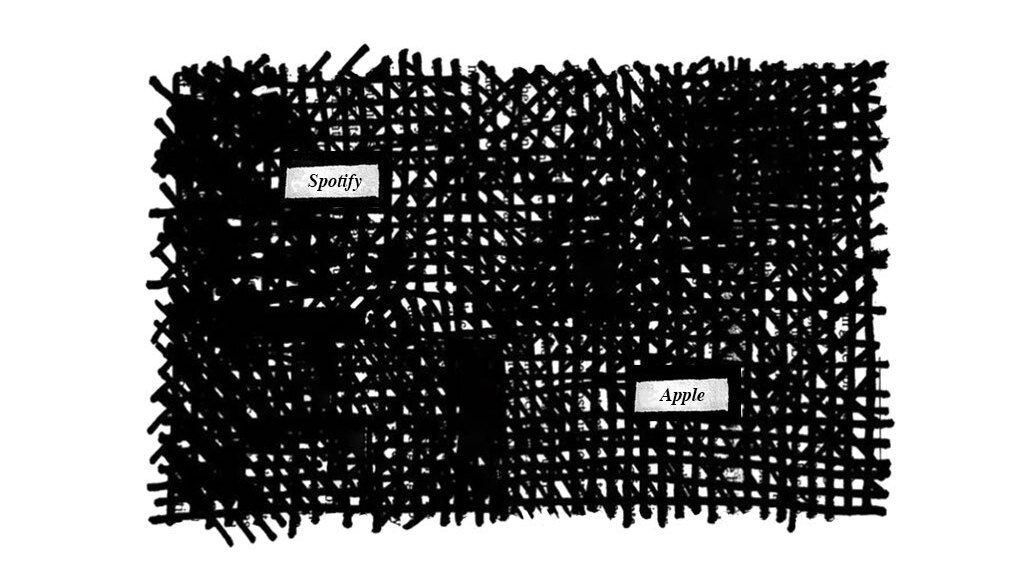 Podcasters are increasingly offering subscriptions as a way to grow complementary revenue and offer listeners bonus content or additional benefits. But they’re waiting on Apple, Spotify and other podcast-hosting platforms to offer more flexibility and features to grow listenership and make it easier for people to find the shows that offer subscriptions.

“There are technological hindrances that make it more difficult to scale,” said David Spiegel, CRO at Betches Media.

Show-level subscriptions are hard to find

Apple and Spotify both support show-level subscriptions, which give podcasters the ability to offer bonus content or entire shows for a fee. However, as much as that compatibility can enhance the allure for people to pay for a show-level subscription, the platforms handle these subscriptions by siloing the shows, which can come at the cost of people discovering a company’s broader podcast portfolio.

When podcast network QCode added the “Tooth and Claw” podcast to its network in August, it came with a membership program the podcast had built on Patreon called the “Griz Club.” QCode has a channel subscription that offers ad-free listening and bonus episodes for $3.99 a month or $28.99 a year, but added a separate Griz Club subscription on the Apple Podcasts app. It mirrors the middle tier of the existing Patreon membership, at around $10 a month. QCode is launching another show-level subscription to its newly-added podcast “Jillian On Love.”

“That becomes challenging because it also takes [listeners] out of some of that natural discovery, which is already the biggest challenge in podcasting,” he said. The only way for listeners to find a podcaster’s other shows is to promote them in an existing show (either in a call-out during the episode, or in channel or episode notes) or have them appear within the channel, Spiegel said. However, Apple Podcasts does allow podcasters to create as many channels as they want.

In some ways, it’s even more complicated on Spotify: To offer a podcast subscription, podcasters have to re-upload the show’s feed to Spotify’s podcast platform Anchor, which then gives a “double-feed effect,” said QCode chief strategy officer Steve Wilson. Both podcast feeds have the same look, but one is for subscribers and the other is not. QCode and Betches Media do not offer podcast subscriptions on Spotify.

A Spotify spokesperson said podcasters have the ability to set subscriber content at the episode level, in order to include both subscriber and non-subscriber episodes in the same feed.

Currently, Spotify and Apple Podcasts lack the ability to connect a subscriber from another platform to their apps. This means that if a podcaster has another membership or subscription program on other digital platforms, there is not yet a way to verify that subscriber on those podcast apps to offer them additional bonus features.

The tradeoff podcasters and other content companies make in exchange for the reach provided by the platforms is the direct relationship with their customers.
Matt Lindsay, president, Mather Economics

“There’s no singular path to subscription. I would love to be able to launch a universal subscription product that has access to everything that Betches offers regardless of where it is,” Spiegel said.

Data protection is a hurdle to offering additional perks

For other subscription businesses, a big draw is the ability to build first-party data, which is not possible with podcast platforms like Apple Podcasts.

Griz Club’s Patreon membership offers merchandise like stickers, which can’t be given directly to its Apple Podcasts subscribers because listeners can’t choose to opt in and share any data with QCode. (Podcasters can collect customer emails through links in show notes on the Apple Podcasts app.)

“Not [having] a direct relationship with their listeners is a profound challenge for podcasters. The tradeoff podcasters and other content companies make in exchange for the reach provided by the platforms is the direct relationship with their customers,” Matt Lindsay, president of subscription management and customer data analytics firm Mather Economics, said in an email.

Because of this, podcasters don’t have data to see which episodes have the most engaged listeners, for example. And they can’t segment their audience. It also means podcasters can’t strategize on ways to decrease churn and retain listeners or take actions to win them back (such as offering a special discount to listeners who haven’t tuned in for a while) — a key part of subscription marketing strategies.

An Apple spokesperson pointed out that Apple Podcasts has an “Engaged Listener” metric available to all podcasters in the Analytics tab of Apple Podcasts Connect. It shows the total number of people who listened to at least 20 minutes or 40% of an episode. For those who provide podcast subscriptions, Apple Podcasts offers a “Listening Report” which includes information on number of hours listened, type of listener and number of plays — by storefront, episode and episode type.

“Without access to listener data, podcasters can lose an important touchpoint with their audience,” Amy Konary, svp of Subscribed Institute at subscription management platform Zuora, said in an email. Without that data, podcasters could face challenges with retention, lost revenue and receiving direct feedback from listeners, she said.

An Apple spokesperson would not comment on any future product or feature development in these areas.

This story has been updated with information provided by an Apple spokesperson.