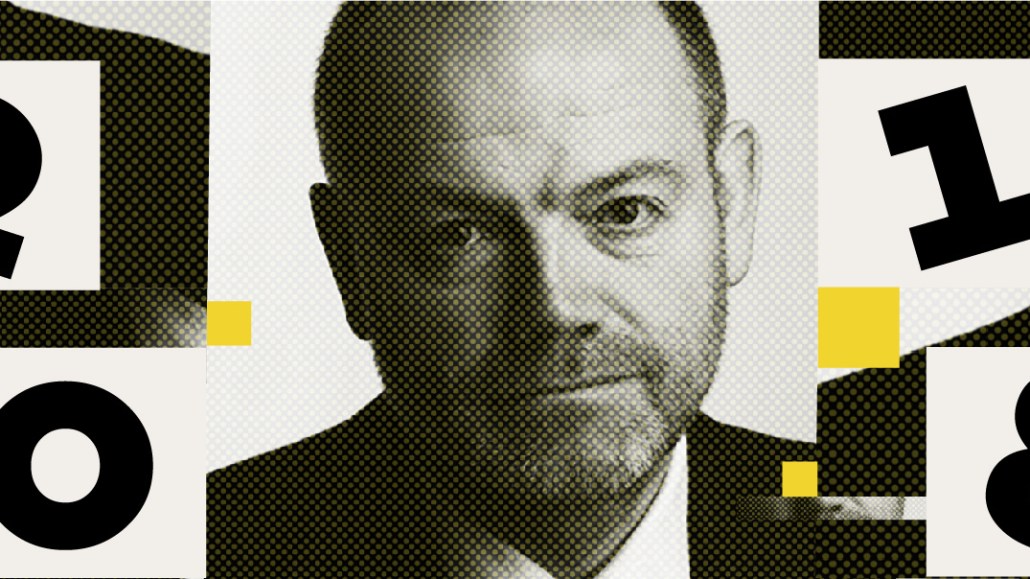 Mark Thompson, CEO of The New York Times Co., discussed the Times’ increased focus on the consumer, its approach to the platform giants and why he has faith the digital ad mess will get cleaned up. Our recent conversation has been lightly edited and condensed.

The New York Times is changing its mindset to become a consumer company. What’s the thinking behind that?
It’s essentially about recognizing that the early days, first 15, 20 years of the internet were wrong. The whole concept that infinite free distribution would solve all the business problems associated with journalism, and there’d be a perfect way of matching news to users, has just turned out to be wrong. There is demonstrably a market for high-quality news for paying customers. So that’s a significant change.

What’s the challenge in making that change?
It’s about how you think about the product and what you’re trying to do and what is the value you’re giving to users. The areas of weakness in the publishing industry have been not having an audience strategy or sufficient brain space to think about how you serve your audience. It’s very easy to get tracked into assumptions about who your audience is. In legacy media, journalistic parameters were set by the geographical limitations. [The smartphone] changes everything. You need to reinvent journalism from the ground up with this device in mind, and then try and figure out what you’re going to do on a laptop and the physical newspaper.

How interested are you in other value-exchange models, such as getting people to pay with information about themselves or with time-based ads?
I’m skeptical. Trying to steal people’s attention feels like part of the problem rather than part of the solution. Increasingly, it’s going to be commercial content, which is of intrinsic interest and value to people. Association with commercial partners of interest to our readers also is working well for us. Samsung, for example, being associated with visual, VR journalism for the Times. I think most users don’t feel that good with the idea of a kind of involuntary swapping of their data for some complicated business model. That feels like part of the swamp to me.

How does being reader-driven inform the relationship with Google and Facebook?
These are very powerful partners in trying to get an audience. The challenge is to what extent we can help get support from Google and Facebook and other distributed platforms for driving highly engaged audiences and where we’re getting the full brand credit for what we’re doing. We’d like to be more readily able to turn that engagement into a regular revenue stream and see better rates of monetization rather than dilution of revenue. For example, the recent Google announcement about the way they handle subscriptions and first-click free is not transformational, but it’s very helpful.

Is it realistic for publishers to just work around Google and Facebook?
I would disagree. They both loom large for users, including engaged users for news. One of the things I see happening in 2018 and beyond is a more profound focus by the Silicon Valley majors on connected intelligent environments. Google Home and Alexa are examples. But the idea of, let’s take Google, traveling with you from the moment you wake up in the morning to the moment you go to sleep at night. Multiple devices are available to you to help you in a lot of different ways. Trying to figure out how news plays into that is going to be one of themes for 2018, [2019, 2020]. And that is absolutely going to mean working with giants, like Facebook and Google and Amazon, and device manufacturers, like Samsung and Apple.

The Times has been absent from two big Facebook initiatives, Instant Articles and its subscription sales test. Does the Times have enough clout that it can afford to not play ball with them?
We don’t say yes to every opportunity, but I wouldn’t characterize us as being grand or powerful enough to sit out on our own. There are certain principles. We like to have a lot of data about end user behavior because we want to have a relationship with the end user. We are fairly jealous of our brand and want to make sure that when people are reading The New York Times, they’re aware of where it’s coming from. We like the flexibility to set up our business model, how many stories a person can read in a given time before we ask them to pay. But I can’t think of a platform where we’re not having deep conversations.

What is Facebook if it’s not just a platform or a media company?
I think we need greater clarity about how much responsibility they do take. A pure platform could argue the content that plays across the platform is not the responsibility of the platform. The phone company is not held directly responsible for the content of the conversations that happen on the telephone network. But that’s a transparent, regulated environment. Facebook is not transparent. We don’t understand, and there’s no requirement on Facebook to disclose, how its algorithm works. Most people believe Facebook is to some extent responsible for its content. The idea of them making choices of what goes on their platforms is obviously susceptible to abuse. It’s probable that these platforms are going to exist in some middle tier, which is with more responsibilities than a platform but without all of the responsibilities that The New York Times would have.

Will digital advertising get cleaned up in 2018?
The pressure on the industry to clean up its act is there. So over time, things should improve. I think there’s been a wake-up call in the last year, 18 months. It comes back to the issues around the major platforms. The buying and selling of advertising entirely by machine and without regard to the underlying content that’s being served is bound to lead to abuse. And that’s what we’ve seen. Bad actors who want to gain or abuse the system are not just a theoretical threat. They’re a reality. And there are very few protections in the digital advertising ecology to prevent the bad actors.

Has there been too much faith in power of machine buying?
Too much faith in the idea that the internet was naturally virtuous and that choice and universal distribution would only lead to good outcomes. Universal free distribution is just as good for bad things as it is for good things. Deep in the water supply in Silicon Valley is the idea that it’s more good than bad. I think it’s neutral.