How World Cup sponsors fared against their non-sponsor rivals 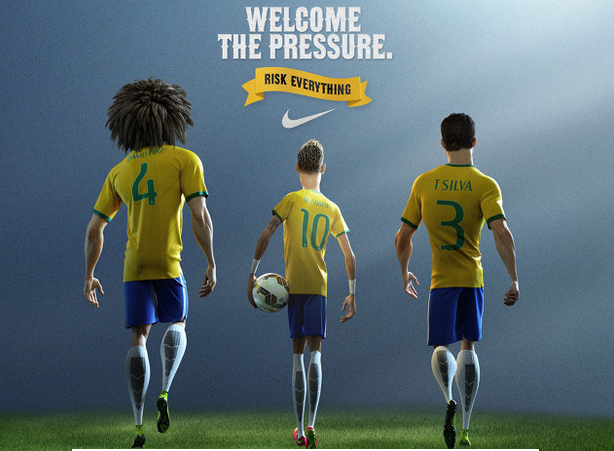 One might be forgiven for assuming that the biggest game for advertisers to spend money on is the Super Bowl. But the FIFA World Cup puts that single-game contest to shame. Estimates put the ad spending this year at over $1.5 billion globally, with a good chunk of this coming via sponsorships. FIFA’s major sponsors pay upwards of $50 million a year to have their logos splashed in front of viewers.

And non-sponsors are strongly discouraged from attempting to hijack World Cup buzz for their own marketing ambush. But that doesn’t stop them from trying. Still, according to Mattr, a brand analytics firm, some of the major brands who paid to play during the World Cup are finding that they had some competition from similar brands that didn’t pay for sponsorships. When it came to pure engagement though, FIFA sponsors Adidas, Budweiser, Coke and Hyundai clearly beat out their rivals.

Only non-official sponsor Nike was able to really sneak into FIFA’s reach, with 16 percent of its engagement coming from FIFA’s following. Adidas, a sponsor, paid to get a chunk of those FIFA followers. Nike did not but still grabbed more of them than Adidas did.

So what about the brands that weren’t looking to compete with the big boys and focused mostly on guerrilla marketing? According to Brandwatch, which was also tracking the World Cup, a few brands took a bite out of the social media marketshare.

“When it comes to non-sponsor brands, Snickers really chomped at the chance to commandeer the conversation when Luis Suarez bit Italy’s Chiellini,” a Brandwatch spokesperson said. “Since the start of the World Cup on June 12, Snickers has been mentioned on Twitter in posts that talk about Suarez or World Cup over 6,500 times.”

Additionally, brands like Waffle House — with its confusing “Ban Belgium Waffles” (shouldn’t it have been “Belgian”?) campaign leading up to the U.S. team’s game against that country in the knockout round — also garnered a few shares on social media and amusing media coverage. This campaign cost the company only man hours, a true win when it comes to social marketing.

The most interesting outsider, however, was Beats. It was banned from World Cup sidelines last month because Sony is an official sponsor. This, as could have been predicted, backfired when Beats became a more popular topic on social media than FIFA or Sony would have liked. According to Brandwatch, tracking hashtags between June 17 and June 26 (June 17th when the news about Beats being banned broke), Beats trumped Sony in overall impressions.

But while non-sponsored focused primarily on taking advantage of real-time opportunities and trending social media topics, the truth is the winners were the sponsors. Yet, as Mattr pointed out to me, it wasn’t just about engagement, it was also about reaching and marketing to the right “persona.”

“Overall, Adidas and Nike seem to be really ahead of the others. They were the only brands to match the most engaged persona of @FIFAWorldCup, that of a rugged persona,” said one Mattr analyst. Mattr defines “rugged” in this instance as “outdoorsy, masculine, western, tough” and “turned off by sophistication, rules, emotion.”

The analyst continued: “There’s a lot other brands could learn from this for future World Cup marketing. For example, people identified as ‘daring’ were not engaging nearly as much as other personas. Somewhat surprising given the description of daring people.”

“Daring” here refers to people who are “trendy, exciting, spirited, cool, young … up to date.” It might also describe any brand that ignores the growing popularity of the the World Cup in the United States (where over 50 percent of FIFA’s engagement came from). No doubt many brands, large and small, are already preparing their campaigns for 2018.