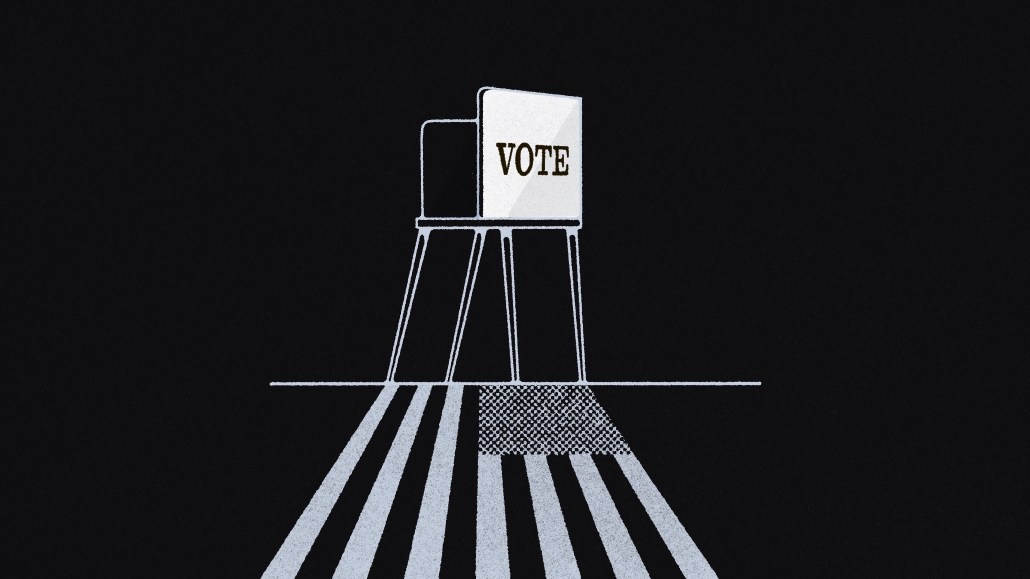 Can a message from the face of a $5 bill improve America’s political discourse? Ahead of the U.S. midterm elections, one organization and a popular social media creator hope a PSA from Abe Lincoln might help.

Last week, the nonprofit Starts With Us debuted a new augmented reality filter on Instagram starring the nation’s 16th president. When people scan a $5 bill using the social media app, they’ll see the animated face of Lincoln reciting a quote that could as easily apply to the 21st century as the 19th: “Our country has become so polarized, so crazed when really it’s compassion and cooperation we crave,” the AR version of Lincoln says. “Whichever way you lean, we can all agree, it starts with us to make the vibes less extreme.”

Founded in December 2021 by Daniel Lubetzky — the founder of Kind Snacks — Starts With Us originally invited people to pledge to “stop listening to react and start listening to understand,” and to “stop letting our differences divide us and start letting them develop us.” Lubetzky — whose father survived the Holocaust — has spent decades working in the Middle East on various diplomatic and business ventures. (In 1994, he founded PeaceWorks, a business that fosters stronger connections between Arab and Israeli communities.) Now, with Starts With Us, the goal is to foster “curiosity, empathy and courage” in the U.S. through content and programming for a range of political affiliations.

“Lincoln is this iconic president for preserving the union, for a legacy of emancipation, for somebody who had evolving views over time that arched towards the more equitable and more just,” said Tom Fishman, CEO of Starts With Us.

With Election Day less than a month away and this campaign cycle’s political ad spending projected to surpass $9 billion, Starts With Us hopes to use AR to cut through the clutter with a message of unity. Since the format is a priority for Meta-owned properties such as Instagram, Fishman — a former Facebook executive — said there’s “no reason we can’t align ourselves with those algorithmic ways and surf them towards a sunnier place.”

The AR filter, developed in collaboration with Karen X. Cheng — a popular creator known for making viral AR content — is part of a plan to get people more engaged in dialogue ahead of the U.S. midterm elections and beyond. In some ways, the filter is meant to be reminiscent of the talking paintings and pictures in Harry Potter. Cheng — who until now hadn’t done anything related to politics — said she tries to create content that’s “positive and useful” rather than anything that triggers anger or clickbait.

“When we know these things, we know that at the end of the day we can create and find formats and stories that move people emotionally, give them insights and allow them to feel like they have something really interesting or smart to share with their friends,” Fishman said.

This isn’t Fishman’s first time trying to foster dialogue on social media. While at Facebook, he worked on content series such as “Red Table Talk” — a talk show that began in 2018 to talk about social and cultural issues — and before that spent eight years at Viacom working at MTV. The way he sees it, Starts With Us isn’t in competition with other political organizations or even other bridge-building groups, but instead is competing with “TikTok and Netflix and PTA meetings.”

Although the organization wouldn’t disclose its advertising budget, Fishman said it hasn’t done any paid media to support the AR initiative and that paid media is a “small fraction” of its budget. “We’re always balancing speed of wanting to scale,” he said.

Starts With Us has focused on unifying themes in its projects. In June, it debuted a video series called “Radical Heroes,” which features a former white supremacist, a Black man mistakenly shot by police, and a religious leader working to unite communities. Another, called “Undivided,” showcases a community “working across lines of divides.”

Since launching last year, Starts With Us says it has gained an audience of 850,000 people across social media, email and other platforms. It’s also piloting programs in workplaces and schools, building a new mobile app, and working with more than 100 “Founding Partners” including organizational psychologist Adam Grant, human rights leader Bernice King, chef José Andrés and dozens of business executives, artists, athletes and activists.

According to a recent survey by The Harris Poll, 75% of Americans are concerned about political divisiveness in the U.S., and a majority blame social media. For example, 61% of respondents said they felt social media is further dividing people while 39% said social media brings people together.

“Piecing these numbers together, it’s clear that social media has become an accelerant not only of political division but now national stress,” said John Gerzema, CEO of The Harris Poll. “As we think about other detriments to public health social media — when misapplied — is now entering the category of cigarettes, alcohol and other high-risk factors.”

While corporations have been increasingly involved in addressing social issues, some wonder if that might soon change in the coming year. On Tuesday, Forrester predicted that B2C marketers will start to retreat from taking political stances in 2023, especially if conservatives regain control of Congress after the U.S. midterm elections. However, Forrester analyst Mike Proulx said other survey data suggests that people across the political spectrum want ways of seeing the other side of the aisle.

“What it tells us is that more people than not despite the voices that are fueling the divisiveness,” Proulx said. “Most people want to find common ground.”