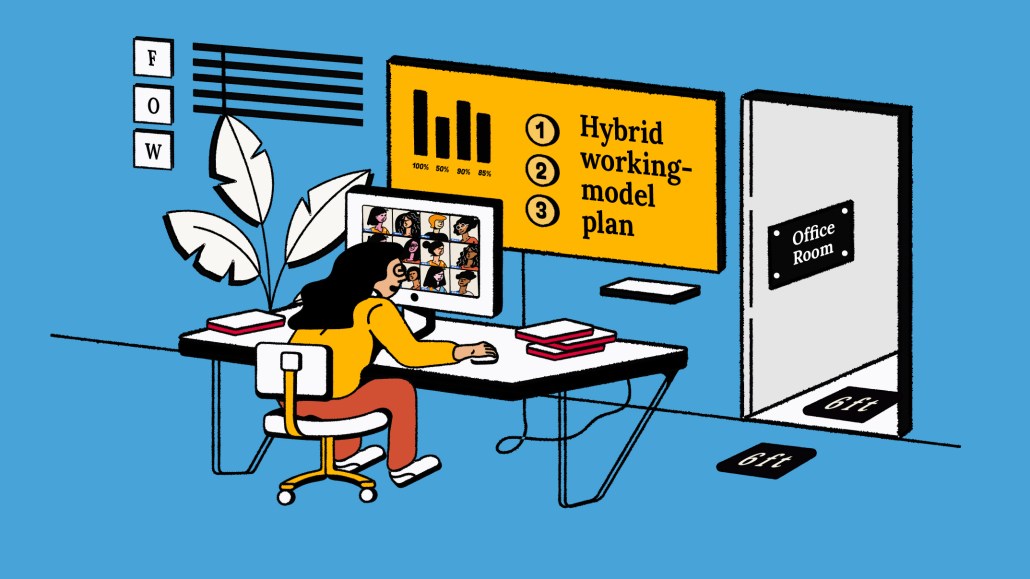 Imagine the office just as we left it at the onset of the pandemic: Our lonely desk and chair, which have so patiently been waiting for our return. The kitchen. The conference room. But instead of being populated by our coworkers, all we see around us are our bosses.

In a recent survey of more than 10,000 workers globally, the future-of-work initiative Future Forum found that nearly half (44%) of executives currently working remotely want to return to the office full-time, whereas only about one-fifth (17%) of nonexecutive staff do.

Executive satisfaction is 62% greater than non-executives, driven by flexibility (51% higher), sense of belonging (52% higher) and work-life balance (78% higher), according to the report. Executives also score 114% higher when it comes to “feeling good about stress and anxiety.” Male executives report the highest scores among experience indicators, including “sense of belonging,” “level of access to resources,” “ability to focus on work” and “overall satisfaction with the working environment.”

The report also suggested that as executives plan the return to the office, the Great Resignation shows no sign of letting up. More than half of employees polled (57%) said they were open to looking for a new job in the next year — while for those unsatisfied with the level of flexibility they have in their current jobs, the number jumps to 71%.

At San Francisco’s FCB West — which, as the smallest of FCB’s U.S. agencies, functions as a creative boutique — its leadership, as with that of other agencies, has been experimenting with allowing people to work when, where and how that suits them best. It ran surveys and spoke to everyone individually, and what was overwhelmingly and obviously clear was that everyone has different wants and needs.

“Some people are eager to get back into the office, others tell us they do their best work from home, and some moved to different cities. They know where they do their best work, and our job is to accommodate that. We want people to be their creative best, so if that’s in a log cabin in the woods working into the night, so be it,” said Simon White, president and CSO of FCB West, which has marketed brands including Levi’s and Ghirardelli.

As a small, close-knit team, the agency has been able to pivot to a remote work environment. It now has people working from Los Angeles, Seattle, Toronto, New York and elsewhere. “One thing we’ve learned is that no one size fits all,” White said. “People do their best work when they are most comfortable.”

Flexibility has become not only an essential element of workers’ happiness but also a significant factor in the feelings of underrepresented groups.

In the U.S., for example, people of color and working parents are especially dissatisfied with their current work situations, according to the Future Forum survey. Sixty-six percent of Hispanic employees, 64% of Black workers and 63% of Asian staffers said they’re interested in looking for other opportunities, compared to 56% of white employees. Sixty-two percent of working dads and 60% of working moms are open to a job switch, compared to 56% of female employees and 51% of male employees without kids.

Meanwhile, in a recent survey of 1,000 workers in the U.S. by the human resources support firm Workhuman, employees shared their views on how employers have worked to improve diversity, equity and inclusion efforts in recent months. The survey found that 40% of people of color said their employers had not made noticeable progress around DE&I in the last year. Sixty-six percent stated that their companies’ DE&I plans/status impact their feelings about longevity at the organization.

And despite the emphasis on corporate DE&I initiatives and the ongoing battle for talent, recent data from the global recruitment platform Hireutal indicates that 85% of candidate searches are not looking for diverse talent when seeking to fill software engineer positions.

Data from more than 31,000 searches highlights a core weakness in diversity hiring strategies, according to the firm — and when searching for software engineers, most don’t even try to find diverse candidates.

Hiretual found that recruiters and hiring managers are failing to use available tools to help them source candidates from underrepresented groups, including women and Black, Hispanic, Asian and Native American professionals. “The technology is there to help find and hire diverse candidates,” said Steven Jiang, CEO at Hiretual. “Companies now have the option to make a difference — there are no more excuses.”

Danielle Sherman — director of people and culture at New York advertising agency Organic, which does work for brands like Carter’s children’s wear and El Pollo Loco — noted that last year the firm established a Career Coaching employee resource group (ERG) in partnership with professional development firm Sayge to support underrepresented talent and accelerate their career paths. The program, which includes mid- to director-level employees nominated by their managers, is focused on skill building and career development. It served about a dozen Organic employees in its inaugural year and tripled in size this year, Sherman reported.

It is one more example of how marketing agencies have doubled down on delivering results on DE&I by way of ERGs and other initiatives.

“Coaching is proven to help people fulfill their professional and personal potential,” she said. “It is a way to invest in and support the growth and continued development of Organic employees.”