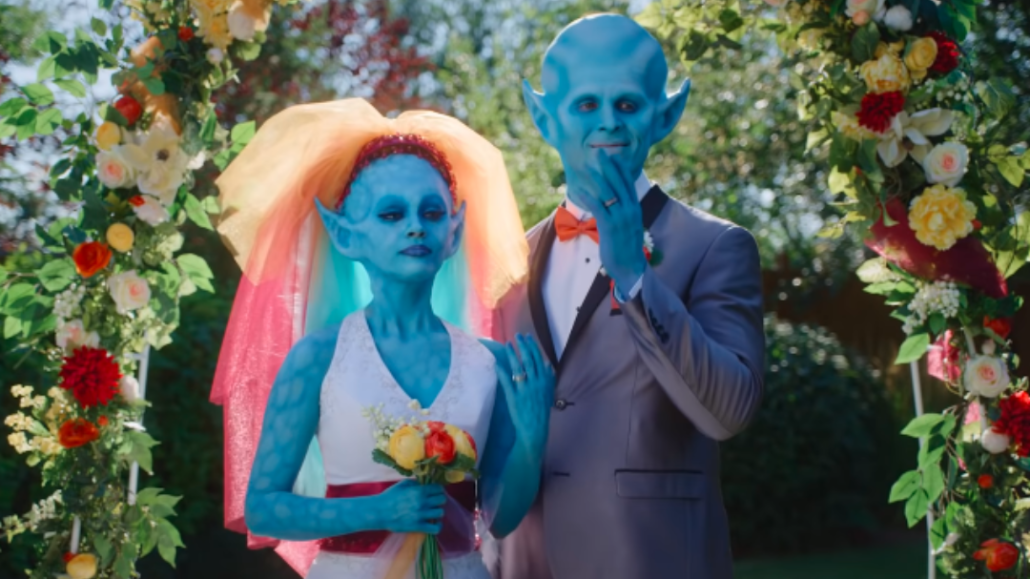 You can get anything from direct-to-consumer companies these days — even wedding rings. Companies like Majesty Diamonds, Erstwhile Jewelry, With Clarity, Brilliant Earth and Vrai, among others, are pitching diamond engagement rings with Facebook and Instagram ads to target millennials who’d rather shop online than in jewelry stores.

Johnathan Ruggiero’s aversion to brick-and-mortar jewelry stores inspired him to found Manly Bands, a direct-to-consumer wedding ring company targeting men, along with wife Michelle Luchese shortly after their wedding in 2016. While Manly Bands is among the myriad of DTC companies aiming to upend how people shop for wedding rings today, it’s one of the few targeting men rather than women. Since 2016, Ruggiero says that the company has grown 200% year over year, with sales in 2017 in the “low seven figures,” sales in 2018 in the “mid-seven figures” and sales in 2019 in the “eight figures” range.

Now, the company has restructured its approach to advertising to help continue that growth. Manly Bands has doubled its advertising on Facebook and Instagram this year. The increase to those platforms comes as the company has moved away from display advertising, instead focusing its efforts on video ads.

“We were spending tens of thousands of dollars [a month] on display advertising last year,” said Manly Bands CEO Johnathan Ruggiero. “This year, we decided to back off because we were losing money on it. It wasn’t getting quality traffic. People would click on the ads, but they weren’t the right target. We found that we were better off putting those budgets toward video content.”

Reallocating the company’s marketing budget toward video over display isn’t solely about driving sales. It’s also part of a strategy to increase brand awareness as Ruggiero wants Manly Bands to be the “Tiffany’s” of men’s wedding rings. While the video ad approach is currently centered around Facebook and Instagram, the company is exploring adding offline channels like television, radio and podcasts to its marketing mix to help increase brand awareness.

As part of the shift away from display advertising, Manly Bands trimmed its ad networks (the company said it worked with several but did not respond to a follow-up request to define how many) to just one, Google Display Network, where it now spends $5,000 a month on remarketing. Overall, the company allocates 90% of its budget to digital, with 70% of that going to Facebook and Instagram, 25% to Google and 5% to other digital channels like Bing, where it is testing ads. The other 10% goes to email and brand partnerships.

Manly Bands declined to share its exact marketing budget, but the company did say that this year it has spent nearly $2 million on Facebook and Instagram, up from 2018 when it spent $1 million on the platforms. In 2018, the company spent $660,000 in media, per Kantar, which doesn’t measure how much companies spend on social channels.

Video ads on Facebook and Instagram not only help increase brand awareness but deliver a better return on advertising spend than display, according to the company. Last year, display ads from a variety of ad networks delivered ROAS between 0.6 to 1. This year, video campaigns on Facebook and Instagram, meanwhile, have delivered ROAS between 1.7 and 2.1.

“Display is far less effective at driving conversions at a low cost-per-acquisition than Facebook and Instagram or other ad types within Google like Shopping, Search, or YouTube,” wrote Metric Digital CEO Kevin Simonson in an email. “Display can make a positive contribution as part of a larger marketing mix strategy, but even then, it should be a relatively small amount of the overall marketing budget compared to the other channels.”

The video ads were made in the spirit of other DTC companies like Dollar Shave Club, Squatty Potty and Purple Mattresses, using humor to address a common issue, according to CMO Stephanie Bregman, who attributes that approach to its success. At the same time, the company retooled its strategy for its Facebook and Instagram video ads. Instead of segmenting for specific audiences, i.e., going after “engaged couples” as it had been, Manly Bands went broad and set the audience for its video ads as anyone in the U.S., which helped drive the increased ROAS.

The approach runs counter to current digital marketing norms, as the ability to target niche audience segments is often touted as the reason why companies allocate more of their marketing budgets to digital channels over traditional today. However, using broad targeting for video ads on Facebook and Instagram makes sense to Metric Digital’s Simonson. “Facebook has been getting better at broad targeting,” wrote Simonson. “In short, it’s less about targeting audiences in terms of interests and behaviors that Facebook defines and more about targeting signals that Facebook collects, which can be through broad audiences.”

While Manly Brands’ mission is to help men get excited about buying wedding rings, the company has seen interest from women. Next year, it plans to launch Bride Bands to serve those customers.