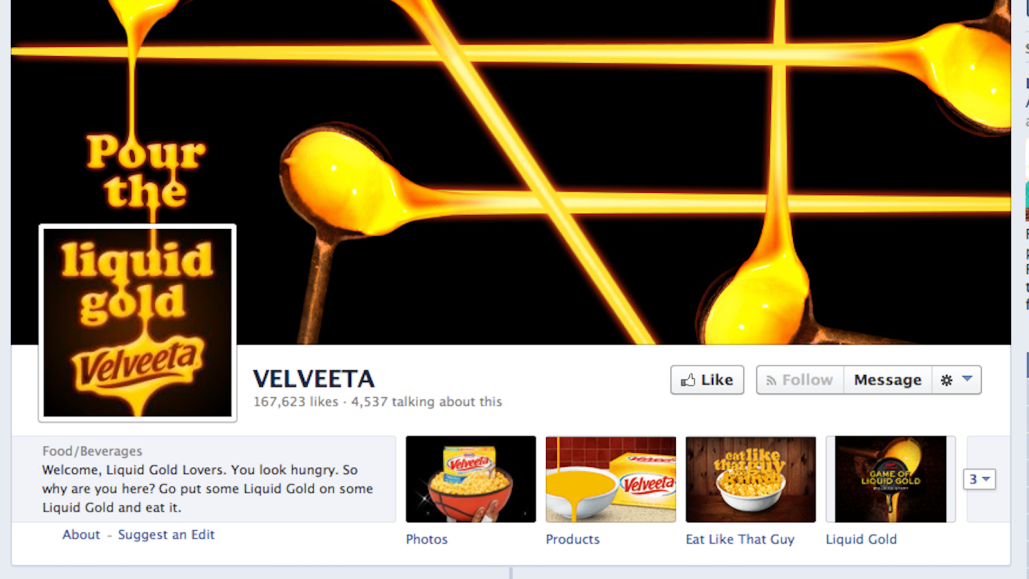 There are some amazingly weird things going on on Velveeta’s Facebook page right now. On May 10, the brand’s social media account posted this photo of its rather androgynous-looking spokesman proffering a plate of quesadillas and a Mother’s Day message.

It was the model’s appearance that elicited the strongest reactions, though. “He is scary. Looks plastic, like the cheese food product…,” wrote one commenter. “Are we going to talk about how this guy looks like a Ken doll…? No?” asked another. Then came this post, claiming to know better:

Six days later, the brand’s social media account posted this photo of its spokesman in bed with his “wife,” lovingly holding a brick of Velveeta between them and the post with a link to its timeline photos:

The responses started pouring in, and some of the posters (some leaning hateful) were unconvinced.

To which the brand replied:

Prompting other fans to take the brand’s side:

Many of the comments were far more entertaining than the posts themselves. Some were downright bizarre. 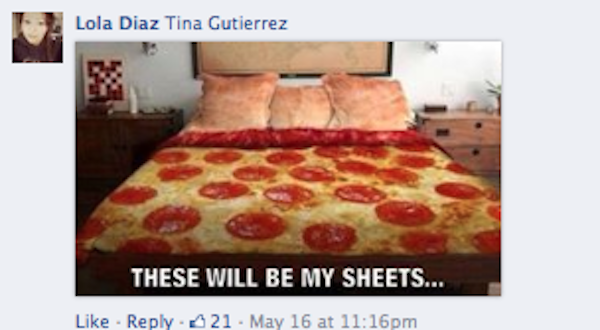 Others struck a critical tone:

But judging from the boudoir post’s 849 shares, the brand seems to be winning. Its social media account manager had the last laugh: