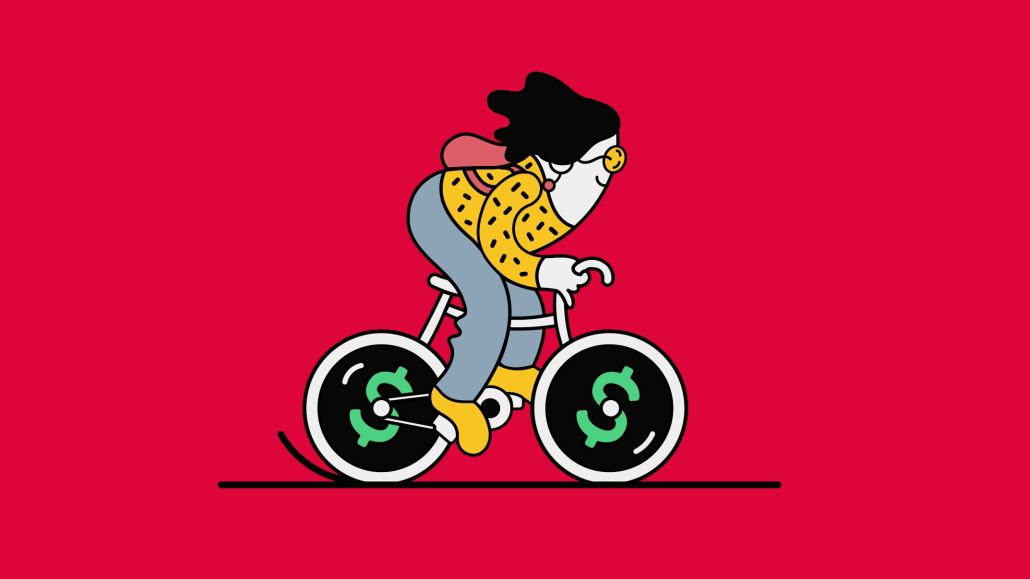 The fuel crisis in the U.K., which has sparked hours-long lines at gas stations, has put a damper on some people’s return to the office. But it’s also persuaded hybrid-working skeptics to embrace more flexible models so as to avoid any future disruption.

If the amber light was flashing for hybrid working, for many it’s now showing red for a return to the office. And for those whose professions are not conducive to home working, or for whom public transport is not a viable commuting option, the increased weight of gas problems is tipping the balance in favor of electric vehicles.

Spice Kitchen — a Liverpool-based artisanal spice and tea company — has firmed up its operational plans in response to employee commuting struggles, said Ann Lowe, Spice Kitchen’s head of community. “While the impact [of the fuel crisis] on business has been minimal, it has shifted our thinking in terms of sustainability and resilience,” she said.

While Spice Kitchen’s headquarter office is close to public transport links and staff have been granted public transport expenses if their petrol tanks were empty in the last fortnight, the situation has inspired other long-term changes. “We’ve encouraged car sharing more as a policy, and we are offering flexible hours to accommodate this so that staff can get to and from work together,” added Lowe. “Finally, now we have set up everyone to work from home if needed, so in a way, the fuel shortage has pushed us closer to a hybrid working culture.”

Nick McQuire, chief of enterprise research at specialist technology market intelligence and advisory firm CCS Insight, is not surprised the crisis has prompted more adoption of hybrid-working models. “The fuel crisis has reinforced the need for companies to have resiliency baked into their workplace practices and processes and accelerated the shift to hybrid working,” he said. “But there is not a universal approach, because some leaders still want to go back to the way things were pre-pandemic,” he added.

On October 5, Slack’s quarterly global pulse survey showed that of those currently working remotely, executives are almost three-times more likely to want to head back to the office full-time compared with non-exec workers. The research indicates that now is a critical moment, with 86% of organizations close to finalizing their post-pandemic workforce plans in countries including the U.K., Australia, France, Germany, Japan and the U.S. — which is also experiencing gas price hikes.

Not everyone has the luxury of working from home, though, or even having an office with decent public transport links. The fuel crisis has been especially frustrating for Mark Clayton, a southeast London-based chief lighting technician for TV shows and movies including Edgar Wright’s Last Night in Soho and Everybody’s Talking About Jamie.

“We often have to reach rural locations at unsociable times, and recently I’ve been working at a studio that is impractical to get to via public transport,” he said, adding that he hasn’t been able to fill his diesel-powered van for 11 days and been forced to foot the bill for hotel accommodation close to the studio for fear of running dry.

“My crew has had to carpool, raising concerns about COVID-19 — but it’s that, or just don’t come to work. As freelancers, if we don’t work, we don’t get paid. Our whole production runs on fuel: minibusses to get the crew to and from the car park, equipment trucks, action cars, food deliveries and generators. All have been affected. One crew member waited four hours on a forecourt for a tanker to arrive so that he could guarantee getting filled up.”

Meanwhile, others still — particularly those who transport people or things around — wonder if it’s the end of the road for their current careers. “I’ve been a black-cab driver for over 30 years, and now has been the hardest I’ve known the job – and I drove when the Gulf War limited fuel,” said southeast-London taxi driver Lee Poole. “People have been panic buying fuel, and it’s been a nightmare for me professionally. I’ve had to visit up to eight garages to find one that has diesel and then had to queue for an hour or more.”

The ongoing fuel issues have ignited thoughts of a vehicle upgrade for Clayton. “There are a few — rightly — smug colleagues with electric cars, and this crisis has made me think that an electric van is a way forward,” he said. “Once charging stations are more plentiful, and electric van driving ranges have increased slightly, I will be investing in a fully electric or hybrid vehicle.”

Lisa Conibear, U.K. and European director of Zoomo, which provides high-quality LEVs (light electric vehicles) in London and Liverpool and in the U.S. and Australia, noted that Google search data highlighted online searches for electric cars have rocketed in recent days, prompted by the fuel crisis.

So how will it change people’s opinions about the daily commute? The average petrol car on the road in the U.K. produces the equivalent of 180g of CO2 per kilometer, while a diesel car produces 173g of CO2 every kilometer, according to research cited by Conibear. And in the U.S. the average passenger vehicle on the road releases 650g of CO2 every kilometer.

“The attitude to commuting is a tricky sentiment to nail down definitively, but what the research and data tell us is that there is a significant opportunity to cut down emissions if we better recognize our commuting habits and fully consider the alternatives available to us,” she added.