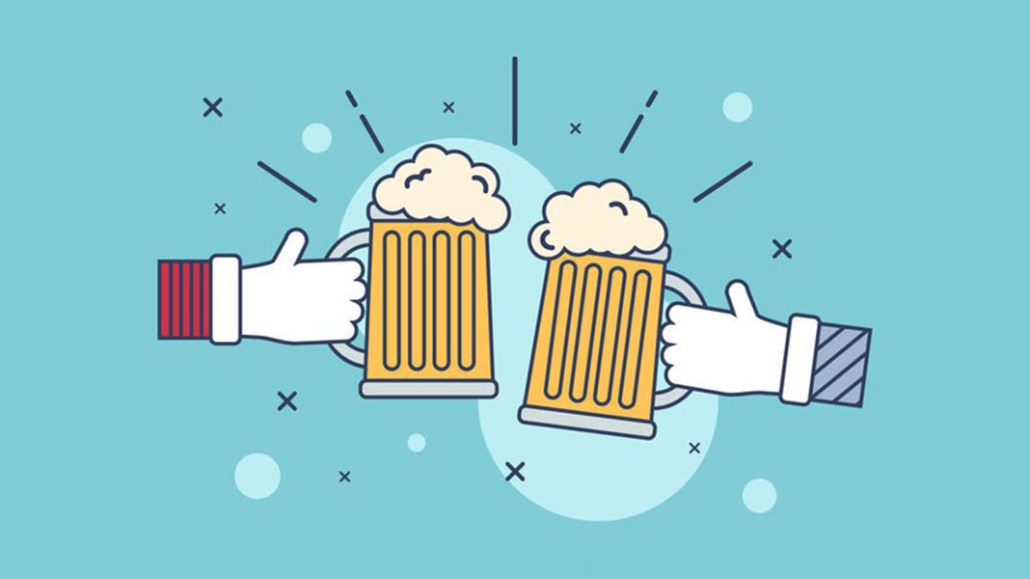 In celebration of all things Halloween and horror, this beer is a limited release that celebrates the holiday and the horror genre just in time for season two of Chucky to premiere on Oct. 5. By using out-of-home displays, QR codes and social media, the brand hopes to reach Gen Z and millennial drinkers over 21.

And, as it happens, Elysian, which is based in Seattle, WA, sells the most pumpkin beer in September and October, said Joe Bisacca, Elysian Brewing’s co-founder. “Timing worked out perfectly to partner and create something fans of both brands would enjoy in anticipation of Halloween,” he said.

The companies aim to use this campaign for brand awareness of the pumpkin beer and increase engagement with Chucky on SYFY and USA Network. Exact details of the agreement were not made available.

“Storytelling through timely seasonal content is what is going to get eyeballs on a product and highlight its relevance so that it is top-of-mind,” said Lindsay Wiley, senior communications manager, Elysian Brewing.

The Chucky QR code, which was developed by the creator platform Tongal, will be visible on Elysian signage in over 200 stores and retailers nationwide, enabling fans to scan it to display Chucky in augmented reality on their devices.

“Chucky is one of the most iconic on-screen characters in history, so we want to engage his fandom in fun, unique ways while also paying respect to the film franchise,” said Ellen Stone, executive vice president, Entertainment Consumer Engagement and Brand Strategy, NBCUniversal Television and Streaming. “This partnership allows fans to experience Chucky in a way they never have before.”

To complement the display and AR experience, execs are putting a paid spend with location-based audio OOH advertising platform Vibenomics, which will distribute an audio spot read by Chucky’s actor Zackary Arthur. The exact cost of this stunt was unclear.

Wiley said 76% of the ad spend is digital and all of it is being spent on social media platforms. “We value the ability to engage with our audience and these platforms encourage conversation,” said Wiley.

However, it is unclear how much of Elysian Brewing’s advertising budget is allocated to this campaign, as Biascca nor Wiley would not share overall budget specifics. According to Pathmatics data, the brand spent a little over $969,000 so far this year on advertising efforts. Biascca also declined to comment on how the advertising budget was split between the platforms and how pumpkin beer sales have performed so far this year.

In terms of TV impressions, the alcohol industry produced 66.87 billion TV impressions between Jan. 1 and July 31, 2022 and the total national spend for this time period was estimated at $574 million, according to Marketing Dive. In the United States, brands such as SKYY Vodka, Grey Goose, and the Brewers Association are taking steps to engage Gen Z and millennial drinkers. “It’s a fun idea and taps into nostalgia, which has been a big marketing theme the last four years,” said Duane Brown, CEO and head of strategy at the advertising services Take Some Risk.