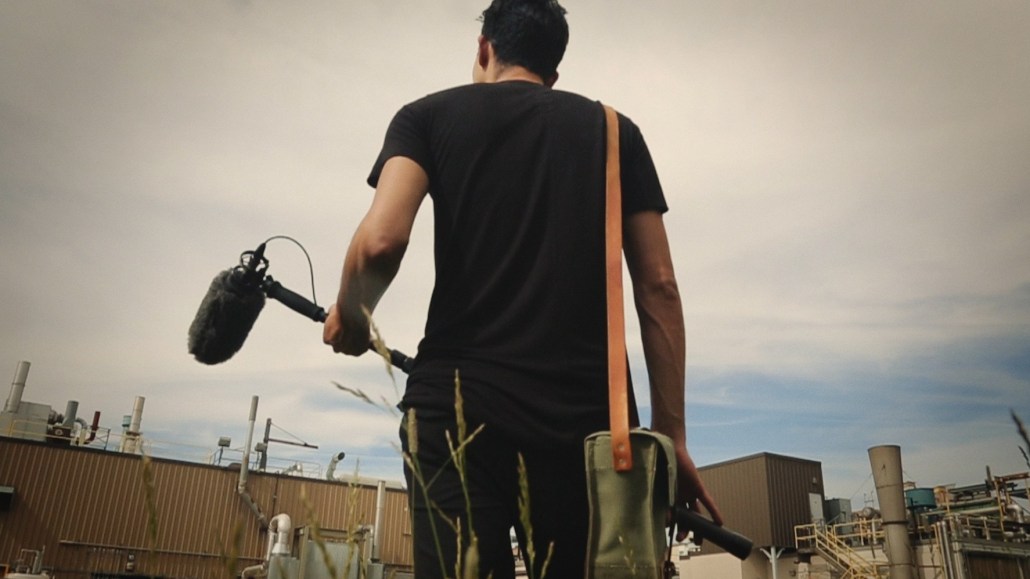 Move over, Nicki Minaj. Summer may be nearly over, but it’s not too late yet for a new release to worm its way into your ears. And no, we’re not talking about “Anaconda.” The most recent contender for the jam of the summer could come from GE, IBM or Siemens.

New campaigns from each of the brands are making music from the most pedestrian of sources: factories, footsteps and windmills.

The latest to drop a little science is GE, where sound recordings are often used in-house for diagnostic purposes. Recordings of research centers, where locomotives, turbines and medical equipment are manufactured, often let engineers figure out when things are wrong.

To illustrate how it works, GE and The Barbarian Group worked with American music producer Matthew Dear and GE acoustic engineer Andrew Gorton to create “Drop Science,” a special electronic track created by fusing together over 1,000 samples of the sounds found inside GE research centers. They feature sounds from jet-engine acceleration tests and something called a Blue-C subsea compressor (from GE’s Norway hub).

The track — released on SoundCloud and YouTube this morning — will also be distributed via more non-mainstream channels, such as BitTorrent and through Djay 2, Drip.fm and Spotify. Matt Mason, chief content officer at BitTorrent, said that the company has been out on a mission to interest advertisers in the platform, which, he said, has 170 million monthly active users.

“It was a conversation we were having with Barbarian, and they came back to us and said they had a project that they wanted to try BitTorrent out for,” he said. It’s a first for the company, which is battling what Mason says is a brand image that BitTorrent is primarily used for illegal piracy.

Colin Nagy, exec director at the Barbarian Group, said that he wanted “the distribution ideas to be as interesting as the creative ideas. … But the question is, how do we move beyond just the table stakes of basic content promotion?”

With the project, said Nagy, GE wanted to reach information “omnivores.” “In the case of BitTorrent, we were intrigued by the idea of being able to not only distribute the video but bundle everything together including the sound stem files, for people to play with and create new things from.”

Also this week, Ogilvy New York worked with electronic musician James Murphy to launch the “U.S. Open Sessions.” The project, courtesy the tennis tournament’s sponsor, IBM, will turn tennis matches into music, available on the IBM Cloud. An algorithm will gather data from tennis matches — the number of points scored, aces are tallied, and so on — that will then be used by Murphy, the brains behind LCD Soundsystem, to create a song. Each song will be unique, just like the match itself.

M ss ng p eces was also behind a recent campaign for Siemens, which tapped Will Bates from music-production house Fall on Your Sword. The resulting film, posted last month, recreated Strauss’ “Blue Danube” by using sound generated by over 400 Siemens’ windmills in Iowa.