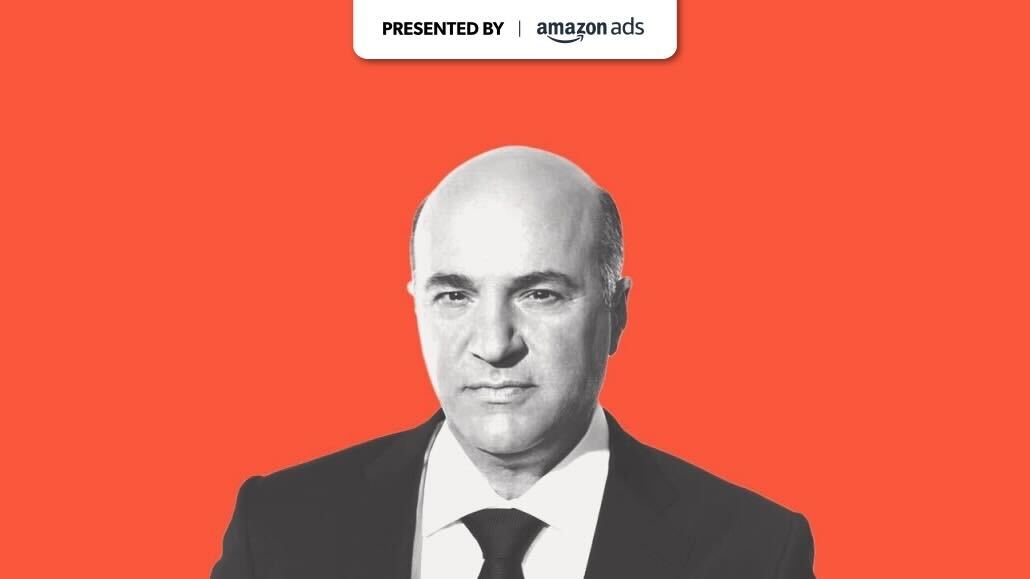 Kevin O’Leary, star of the hit show “Shark Tank,” is better known for vetting startups than providing advertising advice. However with a portfolio of more than 50 private companies — which have been increasingly direct-to-consumer since pandemic began — O’Leary has a unique overview of how DTC landscape is evolving beyond just raising funds.

Part of that, of course, is how they’re advertising across various platforms while also navigating an uncertain economic climate, ongoing logistical issues, an evolving data-driven marketing ecosystem, and the shifting retail market.

Our dilemma is we’re going into the holiday. We have to make decisions every day now.

During Advertising Week in New York City, the celebrity investor spoke with Digiday about some of the trends he’s seeing. He said the economic uncertainty compared to the existing business growth has led to a “very perplexing situation.” Meanwhile, he said, entrepreneurs who don’t understand advertising will be “going out of business.”

This conversation has been edited for brevity and clarity.

How is the current economic climate changing the way you think about advertising? Ad agencies have had rosy forecasts, but seems like brands plan to pull back.

Here’s the dilemma: We look at revenue and free cash flow every seven days, on Tuesdays. We’re trying to gauge inventory expenditure. That’s the whole thing as a small business, how much capital is tied up in inventory. We’re trying to forecast preference, style, size, flavor — whatever it is you’re selling. We were expected to see a slowdown with this pending recession. We don’t have a slowdown. We have a very buoyant consumer. Our dilemma is we’re going into the holiday. We have to make decisions every day now. Do we build 7% more than last year? Because that’s what it looks like we’re getting right now. That’s a lot of money. That’s hundreds of millions of dollars? Or do we pull our horns in because we think we’re hitting a recession? And we don’t see any evidence of it.

It’s one thing for the stock market to forecast 18 months ahead. It’s different for small businesses to make economic decisions on cap-ex every day. So this is a very weird recession. Full employment, can’t hire anybody, consumers’ on fire. We’re spending like we’ve always had in digital advertising, waiting for Godot. It’s a tough decision. We make these decisions every day. Do we buy more inventory? Because if we don’t have inventory in the holiday, and people order it direct from us, we don’t ship it to them. That’s really bad.

I’ve heard that it’s getting too expensive for some DTC brands to advertise on Facebook and other platforms, especially those with low margins. Are you seeing that too?

Yields are down because of what Apple did on privacy. Everybody knows that story. Geo-locked advertising on Facebook, or Meta, is still very valuable. But the way to get yields up is to augment it with auxiliary data. So that’s what we do. Now we use agencies like C Squared Social — I have to disclose I’m a shareholder and a paid spokesperson — but that’s because we use it in conjunction with Facebook to get our yields up. So if we’re down 28% on yield, we can get 15% of that back by combining it. Let’s say I want to sell franchises in Miami and I need people with $500,000 free cash to be able to invest in the franchise. This is a real case. So we can use Facebook in conjunction with databases from banks that we’re renting, that we can smash that data together. So we’re paying more to mine the data, but we’re getting yields back up. Let’s say they were 100% four years ago, now we’re back at 85%.

What about beyond Meta, such as TikTok or other platforms that have attracted a lot of DTC marketers?

I’ll tell you what I’ve learned over the last 14 years. At least 75% of my returns have come from women-based businesses, and so I think what’s going on in digital spending is that women are better story-tellers — they’re better at composing the 59-second TikTok or that Insta — whatever it is they’re doing. Because if you look at the companies run by woman that are consumer goods and services, they’re doing better on the digital spends. So they focus more. And because everybody is past 50% direct-to-consumer, there’s no choice but to spend. What are you going to do? How else are you going to acquire customers? So yeah, everybody is pissed yields are down and spend is up, but we’ve gotten back half of loss already. It took 18 months to do it, but we’re back.

When you think about storytelling and advertising, how does that change the way startups pitch you or how you decide what to invest in?

It’s changed the way I’m investing. And it’s a very intuitive question, If you come to me for a $1 million dollar [Series A] round, and you’re telling me you don’t know your customer acquisition cost, I can’t invest. Because the whole reason I’m giving you $1 million is you’ve figured out CAC. You show me that CAC is profitable, you know your lifetime value, you know CAC, you know your attrition rate if it’s a subscription service. If you have that model nailed down and I can stress test it. And I know I’m putting a million bucks into just pouring gasoline on the fire, I’m going to do it because I can get a really good return in 18 months on that $1 million if I know I can build the user base. The companies that haven’t figured that out yet are un-investable, and you’ve seen that. They’re not getting anybody to invest in them. Because if all I’m going to be doing is burning my cash while you’re trying to figure out your CAC, I have no interest.

If you don’t understand it, you’re going out of business. The Darwinian nature of the world today will just take that entrepreneur and they will not be in business. You have to know that. Five or six years ago, the average distribution pie looked like this: It was 50% through retail, it was 40% through Amazon — which does their own marketing and you don’t get the name — and then 10% from a website. That’s completely flipped. Most companies now invest 65% direct-to-consumer on their own platforms. So they have to have this stuff nailed down. Those are very successful companies because their margins are very high. And the return on invested cash is good. So that’s a change over the last two years.

Beyond social, what about the retail media landscape?

We’re far more concerned about how much inventory we’re tying up in retail because we don’t get paid for 90 days. So the bottom line is, we’d much rather sell that product. We’re supporting brands. We don’t roll out to 2,000 stores anymore. We want to be careful in terms of how much inventory, and I think the retailers themselves want us to be that conscious. They want to prove that the sell-through is there. So we do a lot of tests with 200 or 300 or 400 stores, that kind of thing, get an idea with the sell-through is modify mix and selection, then commit the capital.

I’m sure it varies by geography and product, but how do you decide which stores to test in?

We test in New York, Florida, Texas, in California. We do a lot of tests. We don’t roll out anything without testing first. It’s all about capital. It’s how much capital you’re tying up. Inventory is a killer for small businesses, so we care a lot about figuring that out and reducing our risk. We also get preferences in color and style and flavor and all this information from the tests. But most of that stuff we do now is direct-to-consumer testing. Even a retail test doesn’t give you as much data as a direct-to-consumer test. You don’t get the data, because no retailer says, “Oh yeah take my customer userbase and do whatever you want with it.” I’d much rather mine the data direct-to-consumer.