Carat’s Sarah Stringer: As an industry, we love a new shiny thing 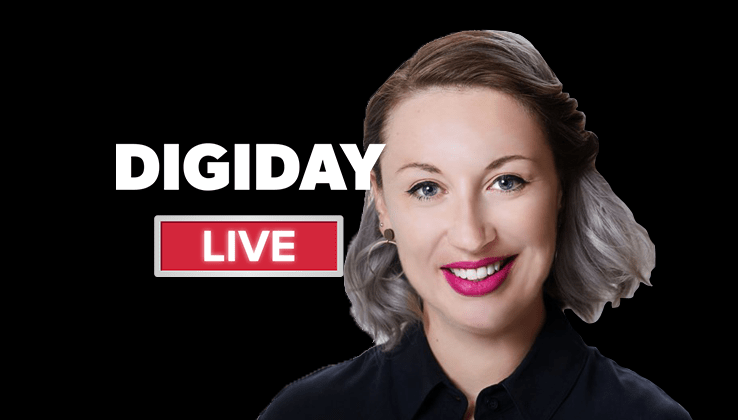 New technology may be expensive but testing it doesn’t need to be. Sarah Stringer, svp head of innovation for Carat USA, recently spoke at the Digiday Media Buying Summit held in Austin, Texas from October 16-17. She said new technology should be tested in the cheapest way possible.

“As an industry, we love a new shiny thing,” Stringer said. “Think about why the technology is going to deliver the objective we have. The cost of technology can feel scary. If I ask for a million dollars for a technology they have never used before, I should be fired. There are many ways to experiment with technologies, that shouldn’t cost a fortune, and that’s the first thing in your plans, to be able to test and show that it’s something worth going all in on.”

Stringer explores how to think about new technologies, how to budget for technology testing and more in this session. Edited highlights below.

Match the technology with the audience.
Baby Boomers like TV and radio. Millennials grew up with the internet and online shopping. Gen Z is learning things on YouTube. These technologies are forming habits of different audiences. Media professionals need to apply this to how we’re buying to connect better, so people don’t hate the messaging we’re sending out. We’re seeing this reflected. Netflix, Apple News and Pinterest are all customized for what you as individuals are interested in. What’s coming is personalization. This is table stakes. You need to be connecting better with people on who they are as an individual. It’s not about putting people in buckets of 24-35 years old. That doesn’t work anymore because people don’t consume media that way.

Think hard about the right media channel.
People listen to podcasts. On an average seven episodes are being listened to every week. That’s not a small amount of time spent with a medium. Most podcasts are an hour long so people spend time with media they genuinely like. When we think about the media in which we can show up, we need to think about ways we can stand out so it’s meaningful to our audience. Human nature is still the driver of things. It’s just about the technologies you should be thinking about. You shouldn’t be thinking about VR if your audience is not in VR. But we need to better understand how to turn up in places that are useful and meaningful to our audience because that’s where new technology is useful.

How to use speakers and voice.
Smart speakers’ growth is going through the roof. Voice has been around for ages, it’s been around on our smartphones. Siri is not great but she’s been available. But voice has become such a hot topic because people have started to use it. But when we talk about voice, we don’t talk about smartphones. People feel safe in using their voice in their house because you can look like an idiot in your house. So when you think about new technologies, think about how people use it and then think about why you’re showing up there.

Testing and rapid decision-making involve a lot fewer meetings.
If someone says it’s going to cost a lot to test out a new technology, it’s not right. When you’re factoring that into revenues and thinking about utilization budget, it should be the cheapest way possible to prove out an idea. If it works, scale it. When we talk about a new technology and whether we should put that in a media plan for you, rapid decision-making and forecasting ad spend should really be about getting it done, not having a million meetings. Write me a plan, tell me why it’s gonna work and then it should be a ‘yes’ or ‘no’. When we do anything at Carat, we make sure we have a testing budget factored in because we should be looking at ways to do these experiments. When you’re looking at ad spend decision, don’t spend a fortune in trying out a new piece of technology.