Programmatic advertising is preparing for the first-price auction era 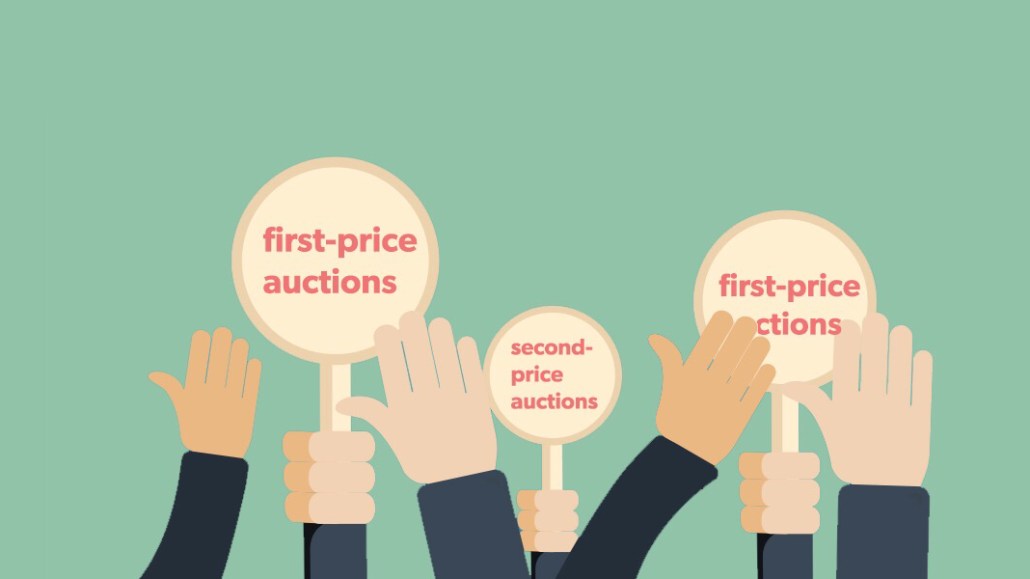 Auction dynamics implemented by supply-side platforms often confuse ad buyers. In order to provide more transparency, exchanges like OpenX, Index Exchange and Rubicon Project all started experimenting with first-price auctions, where the highest bidder determines how much an impression gets sold for.

OpenX, for instance, decided last month to give demand-side platforms information on the final auction type in the bid request, which was not disclosed before and is still hidden by many SSPs today, so media buyers can decide on their bidding strategy accordingly. Rubicon Project has done the same, according to Tom Kershaw, its chief technology officer, and rolled out a technology last month that automatically suggests the auction dynamic — first-price or second-price auction — the algorithm thinks is most appropriate for each impression, based on win rates. Index Exchange, meanwhile, is also testing first-price auctions with select buyers who opt in.

“Remember, advertisers’ budgets are not going up. The move to first-price auctions will slow down the movement of inventory, which is a big concern,” said Kershaw. “The industry is heavily built upon remnant inventory. It would be a big problem if publishers can’t sell their remnants. The bottom line: It doesn’t matter which auction you run; just make it clear [to the buyer].”

Jason Fairchild, chief revenue officer for OpenX, added that auction dynamics are not an either-or debate, although all the academic research points to second-price auctions’ superiority when there is one auction. “Because of how header bidding works, there are several auctions in play,” said Fairchild. “We’re now in uncharted territory, making full transparency that much more critical.”

Yet media buyers still can’t verify how their bids were actually treated. DSPs think SSPs should report back with this information, while SSPs don’t have a definitive answer.

“We are actually not sure,” said an SSP executive. “We know that we are transparent, but we don’t know if other SSPs are — we don’t know the auction dynamics in a container.”

From a media buyer’s perspective, Michael Santee, programmatic media director for agency Cramer-Krasselt, echoed that sentiment. He said that while SSPs passing back the auction type in in the bid information is a great first step toward transparency, it isn’t ubiquitous, so buyers can’t fully leverage first-price auctions until all SSPs they buy through adapt their bid information.