‘This was a pivotal time’: Amazon’s year in fashion 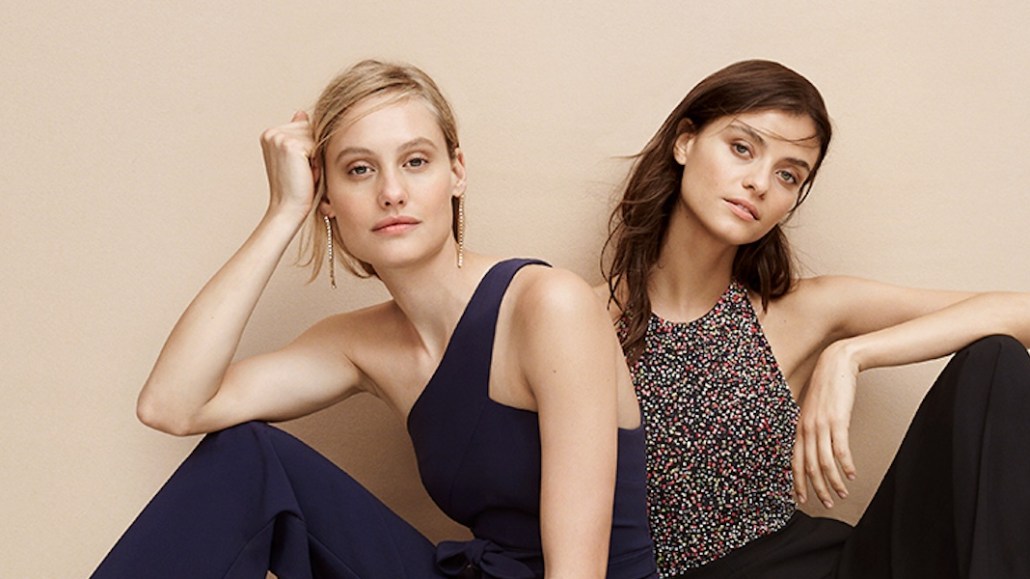 An action-packed year for Amazon, the retail giant expended plenty of energy building up its fashion business in 2017.

While the retailer has had a hard time convincing fashion brands to sell on its platform, its apparel business shouldn’t be underestimated. Cowen & Co. predicted this year that Amazon will sell $28 billion worth of clothing in 2018, and that by 2021, it will reach $62 billion in annual clothing sales.

Here’s a breakdown of the steps Amazon took to up its fashion game this year, as it competed against fast-fashion companies like Zara and retailers like Walmart to capture more of the apparel market. From private-label launches to the debut of a Stitch Fix–like service, Amazon Fashion hit a stride in 2017 that signaled the pace for the retailer’s fashion ambitions going forward.

Private label hit its stride
Amazon is betting big on private-label apparel, and it’s paying off. In October, One Click Retail reported that Amazon’s private-label apparel business had pulled in $21 million since the start of the year, with the sales of its biggest apparel brand, Lark & Ro, doubling year over year, to $10 million.

“This was a pivotal time for Amazon, considering this huge explosion of brands that have come out,” said Eric Heller, the founder of the Amazon consultancy Marketplace Ignition. “Some started in 2016, but this felt like the year they hit their stride.”

This year, Amazon launched a number of new private-label fashion brands, including The Fix, a fashion-forward collection of shoes and accessories, and Find, a Zara imitator exclusive to European customers. In October, it stepped into the athleisure space for the first time, rolling out three activewear brands.

In total, Amazon’s private-label brands reached 16 in 2017. As a result, more brands have reason to be worried.

“More and more retailers are investing in private label, but what’s interesting about Amazon is that they have access to a ton of data,” said Elaine Kwon, former Amazon Fashion consultant and founder of the management firm Kwontified. “If they want to understand a brand, whether or not the brand is selling on Amazon, they will find ways to learn more about it.”

High-profile partnerships take off
Amazon Fashion wasn’t just looking inward this year at its own apparel endeavors; the retailer cozied up to a few brands, including Nike, Calvin Klein and Drew Barrymore’s lifestyle line, Dear Drew.

When Nike became an official first-party vendor on Amazon, the brand’s declared motives were to squash out the rampant third-party sellers that were peddling Nike goods on the site. So far, that hasn’t panned out. According to digital intelligence firm L2, sales of Nike products on Amazon have sharply declined since the brand has made moves to eliminate third-party sellers, and the brand hasn’t been able to rid the site of those sellers completely.

Smith added that Nike’s troubles stem from its lack of product tiering: What you can find only in Nike stores doesn’t differ all that much from what you can buy on Amazon. Calvin Klein, however, has figured out a way to get more involved with Amazon by focusing on basics like underwear and denim, reserving its high-end collections for more premium partners and its own channels. This fall, Calvin Klein announced it would be selling its underwear lines exclusively on Amazon. What’s more, it partnered with Amazon Fashion on in-store pop ups, where shoppers could experiment with Alexa and make Calvin Klein purchases in the store through the Amazon app.

Also this fall, Amazon Fashion scored an exclusive partnership with Dear Drew, Drew Barrymore’s line of clothing, jewelry, handbags and accessories that retail from $28 to $248.

In July, Amazon paid $530 million to acquire Middle Eastern e-commerce site Souq.com, which has 45 million users. With Amazon, Souq plans to improve its customer service, deliveries and price points. Lucky for Amazon: Souq already has an established business for luxury fashion brands, something Amazon hasn’t cracked on its own in the U.S.

And right at the start of the holiday shopping season, Amazon Australia quietly went live, with early ambitions focused on dominating the local fashion industry. Along with electronics, clothing and footwear were the biggest categories to launch in the region, which no doubt has spelled concern for Australian department stores.

Tweaking the fashion business model
Finally, Amazon debuted new ways to shop clothing on the platform: It launched the Echo Look and Prime Wardrobe services, both meant to appeal to the fashion base.

Echo Look is an Alexa device that helps users compile personal lookbooks and makes style recommendations, all while pushing Amazon purchases. Prime Wardrobe, a Stitch Fix–like try-before-you-buy shopping model, lets shoppers compile a box of apparel, ship it to their home and easily send back anything they don’t want before paying. A few months after launching in beta in June, Amazon updated the service in November, making changes to the number of items that could be shipped at a time and the discounts offered to those buying through Prime Wardrobe. It also made the tool easier to find.

“The biggest takeaway from Amazon’s fashion efforts this year is that it moved beyond the generic,” said Heller. “That’s both on a product level and in the way it wants people to shop Amazon.”