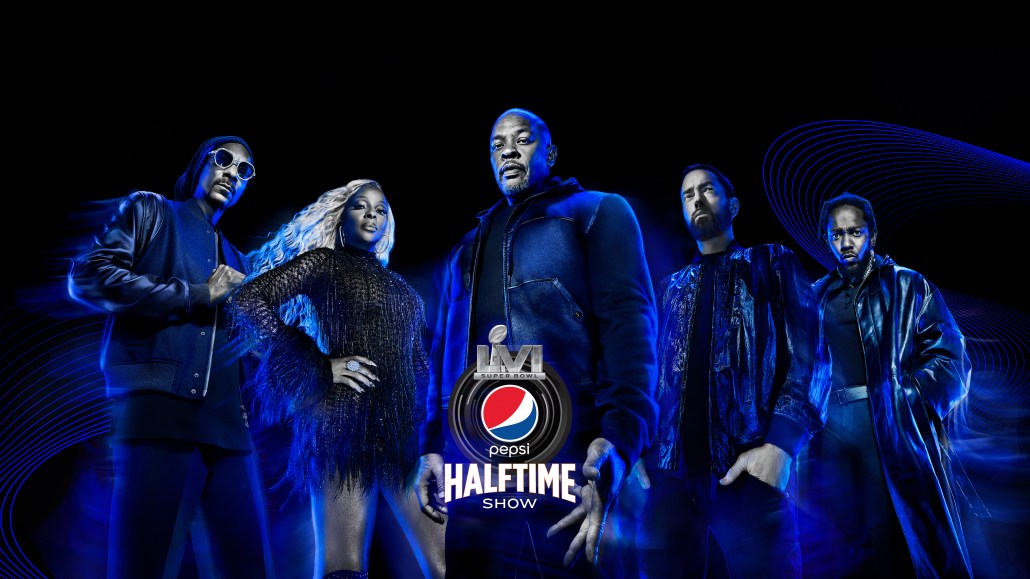 Each year, Super Bowl halftime show sponsor Pepsi ups its promotional game a bit more over the year prior. And in the lead up to Super Bowl LVI Feb. 13 on NBC, the soft drink giant is trying out a few new tricks — possibly since there are five musical acts to promote, rather than just one or two.

In its 11th (but very possibly last) year of sponsoring the halftime show in the Super Bowl, Pepsi’s musical lineup this year features hip hop stars Dr. Dre, Eminem, Snoop Dogg, Mary. J. Blige and Kendrick Lamarr. Pepsi commissioned and is unveiling today a short film “trailer” called The Call, about how each of the artists got the call to come to L.A. to perform. Directed by F. Gary Gray (Straight Outta Compton, The Fate of the Furious), the glorified ad (with subtle Pepsi references in the background) will get widely distributed across Pepsi’s and each performer’s social media handles.

Pepsi is also for the first time launching an app, the Pepsi Super Bowl Halftime Show app, which is available through both Apple’s and Google’s app stores, that will house all manner of halftime-show-related content including behind-the-scenes footage with the artists, promotions and giveaways. “If we have this epic show, we have to tease it the right way,” said Todd Kaplan, vp of marketing for Pepsi.

Given that magnitude of talent, Kaplan explained that “last year we shifted our strategy to start talking about the show well in advance, and bring fans closer to the experience. Now with 5 epic talents all coming together, we thought this was a perfect way to tell the origin story of how Dr. Dre has assembled this lineup, but also to give fans earlier access and get people more excited to really engage deeper with the show.”

In 2021, Pepsi first moved to heavily marketing the halftime show six weeks ahead of the Super Bowl. The company also ventured into filmmaking, working with Showtime to make a documentary about The Weeknd’s halftime show, which generated a lot of social activity and memes, not all of it positive.