As the mattress industry gets more competitive, Serta Simmons is revamping its ad strategy 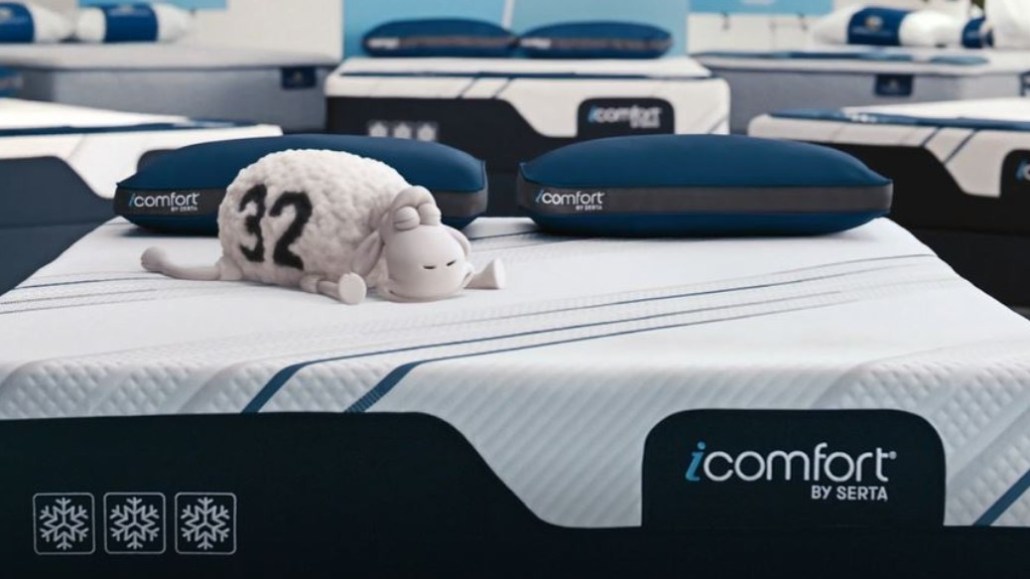 For years, the world’s largest mattress manufacturer, Serta Simmons Bedding (SSB), was able to rely on pitching its mattresses to retailers to dominate the sleepy category. At least that’s how the company functioned until the mid-2010’s when numerous direct-to-consumer challengers entered the market with the aim of redefining how people purchased mattresses — and swaying consumers away from the retailers selling SSB’s mattresses to instead purchase from DTC mattress brands like Casper, Purple and Nectar, among others, online.

Now, as the DTC mattress market has become overwhelmed with competition — there are reportedly 175 online mattress companies — SSB is looking to make clear each of its brand propositions, move away from mass-market advertising and use a more targeted strategy to stand out in a crowded market. The renewed digital focus has been largely influenced by the company’s acquisition last year of one of the earliest DTC mattress brands, Tuft & Needle, as the company looks to refine its brands’ propositions and make it simpler for consumers to figure out which brand is right for them.

“We’re definitely expanding our digital footprint more because we acquired them,” Maria Mashu Sainz Ortiz, the svp of consumer insights and decision science at SSB, of the 2018 Tuft & Needle acquisition. “They’ve been a huge influence in increasing our capabilities in the digital space as well as our work to differentiate our lines not only online but also in the retail environment.”

This year, the company retooled its media mix, moving away from the 50-50 traditional and digital split it used in the past. Instead the company allocated 20% to traditional channels and 80% to digital. Next year, the company’s media mix will be roughly the same as it anticipates a similar ratio. However, SSB plans to increase its overall budget by 30% with much of that funneled into more digital advertising. It’s unclear how much SSB spends on marketing as the company declined to share exact figures.

In July, J.T. Marino, co-founder of Tuft & Needle and chief strategy officer of SSB told Digiday that SSB would “need to advertise the way that we do” to attract consumers rather than focus on selling to retailers. “It might be controversial for retailers to see Serta advertising for itself, but that’s going to create demand and foot traffic into those retail stores.”

“We’re making a huge effort to expand our digital footprint in most of the platforms where we’re going to find our consumers,” said Maria Mashu Sainz Ortiz, the svp of consumer insights and decision science at SSB. “Now, it’s going to be very, very targeted to specific consumer segments and demographics through lifestyle and lifestage engagement.”

The change in the company’s approach has also been spurred by its work to define consumer segments and brand identities for each of its mattress brands. This year, the company’s research into the perception of its brands — Serta, Simmons and Beautyrest — revealed that consumers didn’t understand points of differentiation between the brands or those brands’ mattresses. Now, as SSB has defined each of its brands, with Simmons serving the lower end of the market (mattresses start at just over $400), Serta for the mid-level purchase by a research-oriented consumer (mattresses start at just over $1000) and Beautyrest as the luxury option (mattresses start around $1300), the company is using those definitions to inform its marketing.

Where the company’s advertising shows up digitally will depend on the brand. The company is already using Google and Facebook ads to target consumers. Next year, as it continues to roll out the more defined brand identities, it will likely add more digital channels like Spotify and TikTok to the mix for the brands targeting younger consumers.

“We think this is going to change how we as a company are seen and will give us more opportunity to have conversations with consumers and be able to engage them for the lifetime value of a consumer,” said Sainz Ortiz. “We were part of the blur [in the mattress marketplace] before last year and now that each of our lines has a space, a personification. We want to make sure our communication is very clear about who we’re talking to, what that brand stands for so it’s clear for the consumer to make a decision about what they want to buy.”

SSB’s push into more targeted digital advertising comes as marketers question the effectiveness of and the massive investment in digital advertising. That said, the shift in strategy isn’t just about digital advertising. Along with the new approach to advertising, SSB is bolstering its e-commerce capabilities across each of its brands. The company has already launched e-commerce for Serta and Beautyrest and has plans to roll out the same for Simmons, which now has a bed-in-a-box offering to compete within the crowded DTC mattress market, by March.

“They can try to catch up,” said Allen Adamson brand consultant and co-founder of Metaforce. “They have a brand name that’s recognized but I don’t think their 11th-hour push into digital is going to turn their business around. Everything they’re doing is table stakes and should’ve done five years ago but they had to keep fueling retail environment for a salesperson to upsell you.”