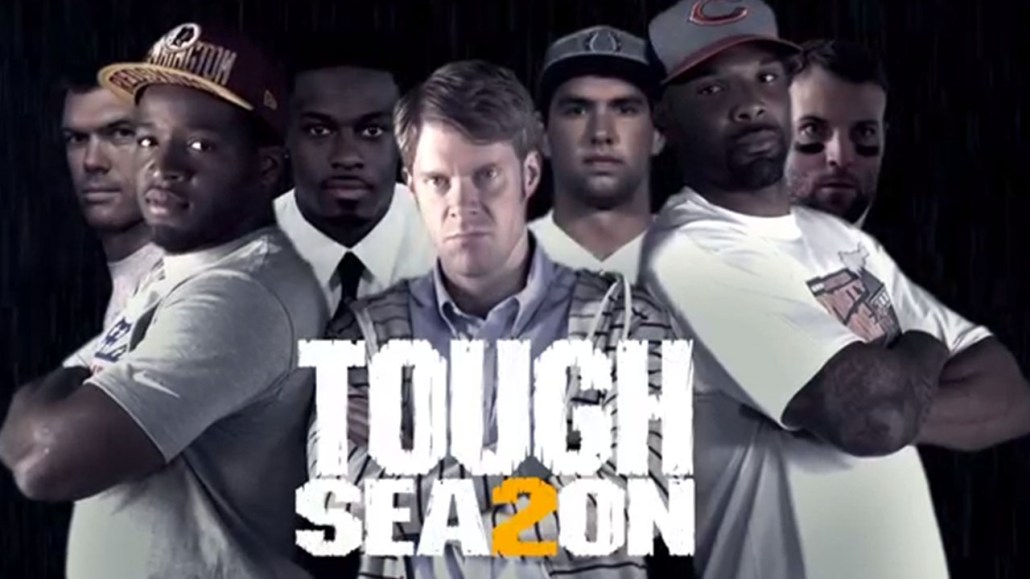 Lenovo is out to defend its championship title and it’s tapped Onion Labs to lead the charge upfield.

The PC brand has teamed up with the Onion’s in-house content studio again to debut the second season of its original, CLIO-winning fantasy football Web series “Tough Season,” in partnership with agency DigitasLBI.

The first season of this “mockumentary” series chronicled a schlub named Brad’s journey to becoming the champion of his fantasy football league. It garnered 13.5 million views overall. “Tough Season 2” is out to top that. The new series finds our old pal Brad joined by a bevy of NFL players — Matt Forte, Andrew Luck, Alfred Morris, Mason Crosby, AJ Green, Wes Welkerand and former NFL quarterback Doug Flutie — as he struggles to defend his fantasy football crown.

“This season is all about learning from our successes last year, as well as experimenting with ideas that we weren’t able to execute in the first season,” Kevin Berman, the director of advertising and marketing services at Lenovo, said.

To that end, the campaign is bigger than the last season’s, with 13 total episodes compared to eight last time and four “bonus” videos including extended scenes and a music video. There is also a new accompanying segment called “Owner’s Box,” that will offer real-time fantasy football news and advice, with the Onion’s sensibility.

“We are trying hard to get to the millennial side of the NFL audience,” Berman said, adding that Lenovo was all in for making fun of itself to reach them. “Publishers like The Onion have a way to communicate with [the millennial generation], which adds to our credibility as a brand.”

Like last year, NFL players and teams will engage with Brad on Twitter, with consistent, in-depth, real-time conversations. The Onion will churn out weekly editorial features, and there will be promoted tweets and Facebook sponsored stories apart from GIFs and memes. Lenovo has branched out of its global Twitter and Facebook accounts for this, and will even launch a Reddit thread come September. The first episode this season was viewed nearly 400 times on YouTube today alone.

“You can get a sense of the brands that are willing to take a big leap with you, and Lenovo is certainly one of those clients,” Mike McAvoy, President, Onion, Inc., said. “Lenovo embraced our brand of comedy and wanted to be part of the joke.”