Le Tote’s expansion in China is centered around WeChat 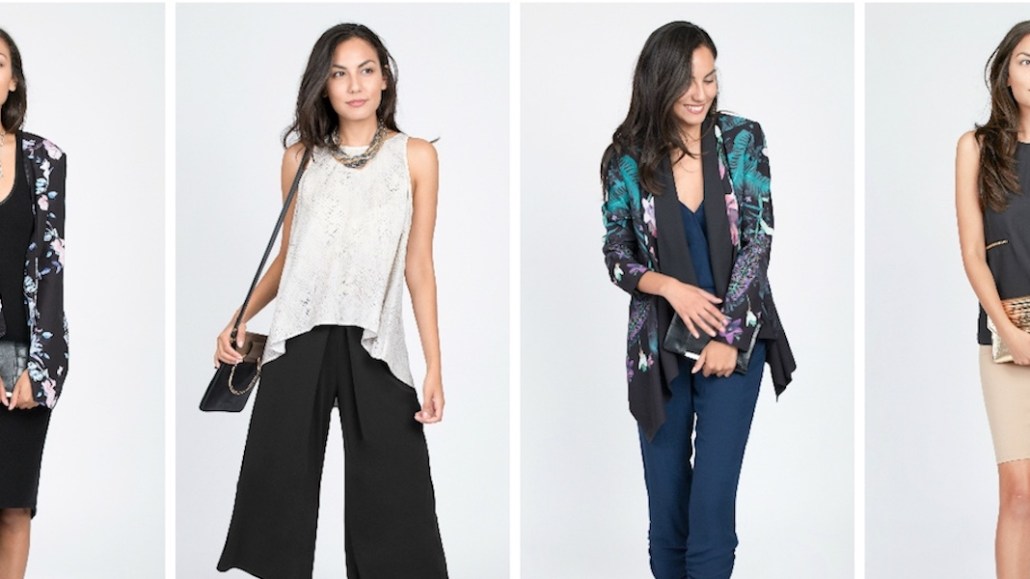 With an assist from a local investor, Le Tote has soft-launched in China to bring its clothing rental service to a new market.

Co-founder and CEO Rakesh Tondon said Le Tote is the first outside company to bring e-commerce clothing rentals to China. It’s also the company’s first international expansion. The beta test, which began at the end of December, has so far brought in 3,000 new users in China. The goal is to reach 50,000 users by the end of this year.

Tondon said breaking into the Chinese market came together as the company, which launched in 2012, considered where it would concentrate its first international expansion. Conversation shifted toward China after Chinese retail executive Clement Tang, the former executive director of Chinese shoe retailer Belle International, invested $10 million in the company. After deciding to help launch the first retail rental model in the country, Tang invested an additional $20 million in Le Tote. He now serves as the company’s CEO in China.

Over the past year, fashion brands have embraced China’s growing economy and have begun building out formal e-commerce presences to reach customers directly. But for newer retail models, like the subscription, rental, and reselling services, emergence in the market has been slower. Last year, online reselling site Vestiaire Collective channeled its most recent funding dollars in October to growing its presence in China, but competitors have yet to follow. Locally, YCloset launched in China as an option for clothing rentals in 2015. Le Tote’s closest competitor, Rent the Runway, hasn’t expanded internationally.

To build business in China, Le Tote is relying on a localized inventory and distribution strategy, one-day (and eventually same-day) shipping, a network of Key Opinion Leaders (China’s equivalent to influencers) and a mobile-only presence. At the centerpiece of the strategy, according to Tondon, is WeChat.

“We don’t have a desktop app in China. Our approach has been mobile-first because our customer there spends all her time on mobile,” said Tondon. “So we started with a WeChat app. People interact with friends, sell things and make payments through WeChat. It’s a very dominant platform.”

The company is running branding campaigns on WeChat and using WeChat’s payment system for all transactions, as it builds out a presence on the mobile web and local iOS and Android apps to reach the market. QR codes will play a role in driving engagement through the WeChat app, as customers can send items to friends and connect the mobile app to local advertisements.

For other brands, including Swarovski, Céline and Dior, WeChat has been a preferable launching pad for testing local Chinese marketing campaigns and demographic responses. As some brands are still deciding how to forge a direct retail path online in China, WeChat campaigns can raise local awareness while driving customers into stores with experiments like gamified shopping experiences and limited-edition products.

“Most of these forays into WeChat commerce have been one-off, limited-time sales, and it remains unclear whether the platform is scalable,” said Liz Flora, the editor of Asia Pacific research at L2. “Selling on WeChat is becoming more popular, but adoption is limited and luxury brands are still experimenting with it. [Most brands] just use it for limited-edition sales in order to drive store foot traffic.”

For Le Tote, WeChat will remain the center of the company’s focus in China, even as it builds out other mobile applications. It also has tested working with local influencers — Tondon said that the company hired a network of about 120 KOLs to promote the brand — but is waiting to scale that effort until later in the year. With its initial pool of early customers. Le Tote plans to do a lot of data testing to figure out what brands and products Chinese customers are looking for most, as well as address any concerns.

So far, Tondon has already learned a few things about the local demographic, as well as launching in a new market. For instance, Chinese customers care more about the inventory selection’s quality and cleanliness over its cost. Also, Chinese and Korean brands have performed well so far. Down the line, Le Tote plans to launch private-label brands locally, based off customer information that’s been collected. Overall, Tondon said that a differentiated inventory, fully localized logistics (Le Tote plans to have two distribution centers for same-day shipping at some point down the line) and a team on the ground is essential.

“In March, we plan to do a much bigger launch. This is our private data stage, so we can see what works and what doesn’t, and shape our long-term operational and marketing strategy,” he said. “If we can learn how to do China successfully, it will be a template for how we can launch other international markets. Having a team there is vital, as well: It’s a low-risk way to enter one of the riskiest markets.”