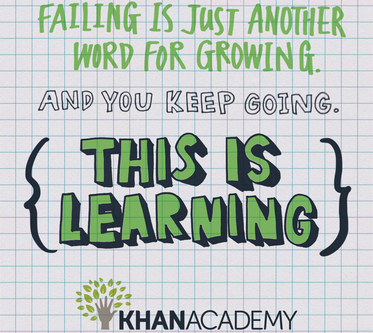 The Khan Academy embarked on its journey to revolutionize learning online nearly a decade ago with its stated mission of providing free education for everyone. Now it has launched its first-ever communications campaign — with the help of a multimillion-dollar deal with Comcast last December — called “You Can Learn Anything.”

The centerpiece of the campaign, created in collaboration with agency Enso, is a short film chronicling the struggles of learning by a team of filmmakers including Angus Wall of “The Social Network” and “The Girl with the Dragon Tattoo.” The film lives on a new site that is being promoted on social media with the hashtag #youcanlearnanything, which, according to Topsy, had been mentioned over 500 times on Twitter on the first day alone.

The site also boasts a new digital learning dashboard, which allows students to track their progress across different subjects. There are several new educational resources and features for Khan Academy’s 12 million user base — such as videos about the science behind how your brain grows and discussion guides. There are also shareable charts and graphics, and stories from celebrities like musician John Legend, who discusses his own struggles and growth while learning.

“With so many people feeling disengaged from learning, we needed to start a conversation about how we, as a society, think about learning in general,” said Monica Tran, head of product strategy and marketing at Khan Academy, adding that Khan Academy wanted to dispel the belief that learning only happened at certain ages and certain times.

The idea behind the campaign is grounded in several studies that suggest that intelligence is malleable. The Khan Academy wants to encourage students across a range of age groups and circumstances to keep striving to further their knowledge. It draws significantly from the research pioneered by Dr. Carol Dweck of Stanford University that explores what she calls a “growth mindset” — which when adopted, affects motivation, the capacity to learn and, ultimately, success in life.

“Given Enso’s mission is positive impact at scale by creating movements between people and brands, we felt like the best way to spread the growth mindset to as many people as possible was to create a new movement around learning rather than just a marketing campaign,” Kirk Souder, the co-founder and creative lead at Enso, said.