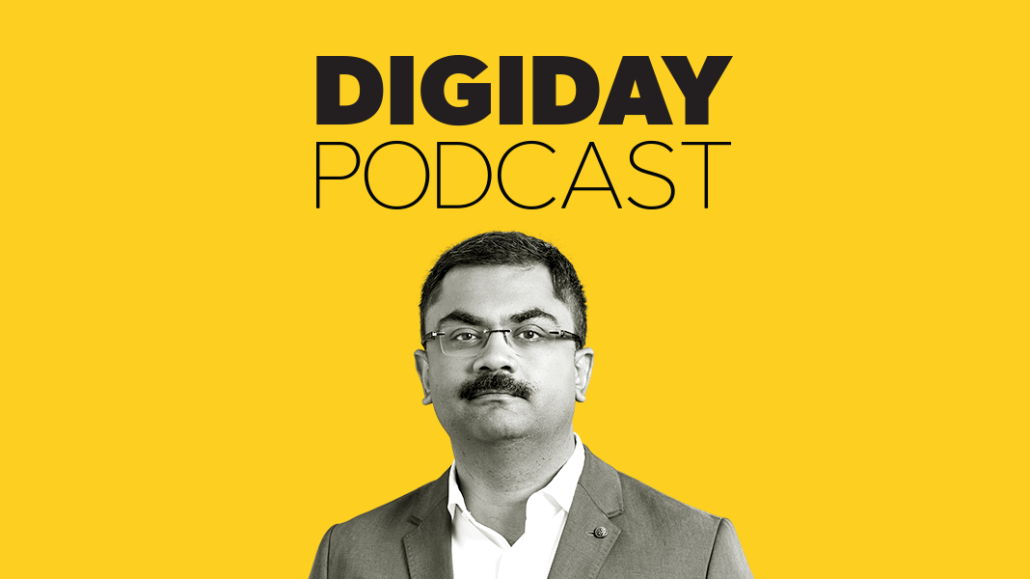 As the chief data and technology officer at IPG, Arun Kumar has plenty on his plate at the moment. Apple is limiting tracking on iPhones and iPads. In less than a year, Google’s Chrome browser is supposed to cut off third-party cookies. And both Apple and Google are threatening the advertising industry’s adoption of the IP address as a cross-platform identifier.

“’Stress’ is the middle name of my title right now,” Kumar said in the latest episode of the Digiday Podcast.

What is stressing out the agency executive, in particular, is the question of how companies can connect with current and potential customers and keep a pulse on people’s interests when their traditional means of doing so are being taken off the table. In addition to the technology providers’ tracking crackdowns, government regulators and privacy advocates increasingly see the tracking that underpins much of digital advertising as a form of involuntary surveillance. And Kumar acknowledged that the advertising industry has not done enough to convince people of the trade-offs of tracking.

“Is the industry doing a good enough job of explaining it? No, it’s not,” Kumar said.

The biggest fail has been that we in the marketing industry, the advertising industry, have not taken self-regulation as seriously as we should have. And therefore, there are a number of bodies that are doing a lot of work, but I don’t think any one single body has the influence. And frankly, I think that train has passed. I don’t think that self-regulation is the right answer.

The truths about tracking

I don’t think that anyone has communicated the truth about marketing to people. And when I say that, it is true that the advertising and marketing community haven’t done themselves any favors by explaining very clearly what the benefits are. Having said that, I don’t think that the privacy activists have truly talked to people about the impact of some of their decisions and how it’s changing people’s lives.

There are reports that have come out [stating that] companies have spent something like $475 million on compliance for [California’s privacy law] CCPA. Who’s paying the cost for privacy? Do we actually believe that these companies are going to keep the cost themselves and not pass the cost down to consumers? When you don’t share the data or when you have these policies, it’s not just going to impact whether you’re going to see an ad and whether a newspaper article is free or not. It’s actually impacting the cost of goods because compliance now has become that much more onerous.