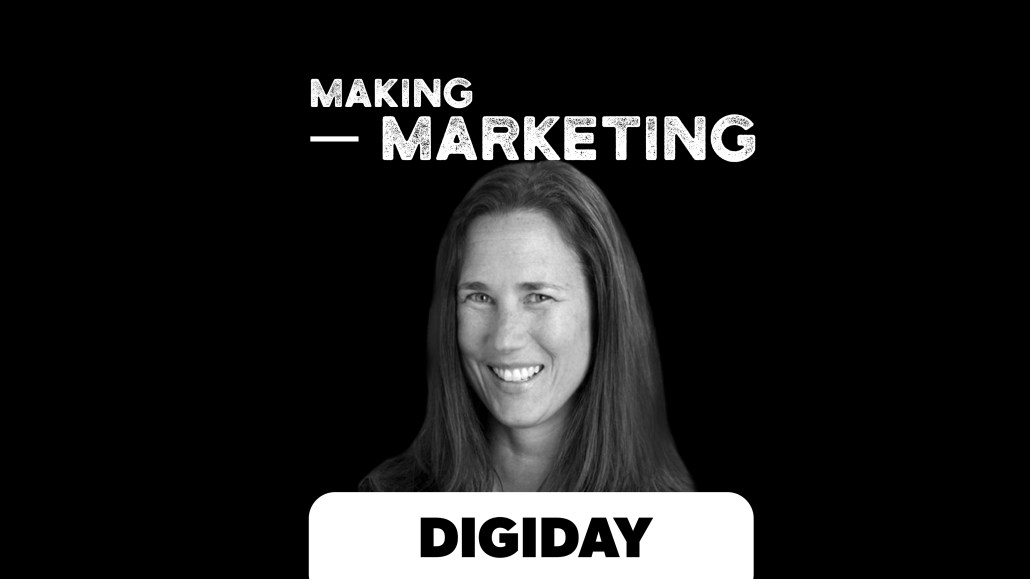 The road to in-house certainly isn’t smooth. As the industry gets more and more excited about brands building their internal agencies, a bit of a rude awakening came in December last year when Intel announced it would be shuttering its internal agency, Agency Inside.

“I didn’t want to see this happen,” said Teresa Herd, who led Agency Inside and is now the vp and global creative director at Intel. “We met our ROI and all of our KPIs. Intel is changing and they want to be focused on a B-to-B audience. We did a lot of great work and I built a great capability for the company. You have to give the company what they need and if that changes, you need to change with it.”

Herd talks about building an in-house agency, how external agencies fit in and more on this week’s episode of Making Marketing. Edited highlights below.

How the in-house agency came to be.
I took a good part of the first year [at Intel] to see what agencies we were using. At the times, we were using 1500 agencies globally. That can’t lead to brand consistency. I looked at the money being spent, on which agencies. We were using 250 agencies in the U.S. We thought about what [capability] to bring in from an ROI standpoint. I wanted to make world-class work that performs and costs less than external agencies. Everything had to fit that remit. Initially, it was just digital and dot com. Then we had little retainers with smaller agencies from a brand standpoint, so we brought that in as well. When I got there, 95 percent of our work was being done outside. Up until [Agency Inside shut down,] 70 percent was internal.

The external agencies did the bigger work.
We use Chiat for B-to-B and McGarryBowen for B-to-C marketing. It was good to have external partners so I didn’t have my blinders on to say “everything we’re doing is great.” I’m responsible for all of the creative so it wasn’t good for me to bring it all in-house but I was able to cast the right people for the job. The lines became clearer project to project except for the B-to-B marketing, which was done mostly externally.

What to consider when going in-house.
Cost has to be first. But beyond that, access to the business is just [invaluable]. We’re in the cafeteria, in meetings and in places where external agencies will never be. There has to be trust there and you have to have support from the C-suite. We lost our CEO and CMO earlier this year and things changed.

The industry-wide shift to in-house agencies may not be for all the right reasons.
Trust hasn’t been the reason to go internal. Budgets are being constrained. A little bit is also just the buzz of the trend. There also are other benefits. Companies are looking at it from a financial standpoint and then it’s about control over the brand. I don’t know if the control is good or bad depending on who controls it. If it’s just about getting the agency to do exactly what you want that’s not good. You need a little bit of critical distance. Maybe all the reasons for [in-housing] aren’t right but the pendulum is definitely swinging to that end. If companies don’t get what they want from agencies, they will figure out how to build it, whether it’s good or bad.