Inside agencies, men and women still struggle to deal with the fall out of #MeToo 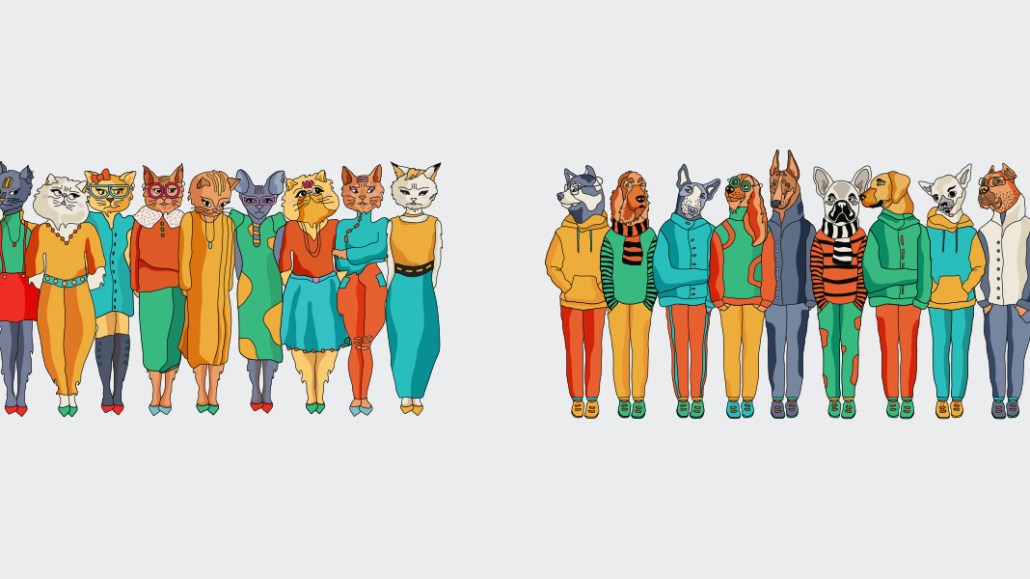 Sarah (not her real name), a female copywriter at a creative agency describes work life post-#MeToo as “gendered.”

In the two-and-a-half years since the movement transformed businesses and conversations around harassment all over the world, Sarah says she’s only had female clients; the art directors that she’s partnered with are female; that she hasn’t once been asked to lunch or drinks by her male colleagues and that the men she’d like to mentor her will barely answer her questions in the hallway, let alone spend any time with her. Post-#MeToo, Sarah says she’s missing out on opportunities because she’s female.

“I feel like it has shifted from sexual misconduct to sexual exclusion,” says Sarah. “The reason [women at agencies] still feeling uncomfortable is that we’re still being judged for our gender — just in an entirely different way.”

In the years since #MeToo, alleged bad actors like former Droga5 CCO Ted Royer, Innocean CCO Eric Springer and Publicis Seattle CCO Andrew Christeau, among others, across the industry have been publicly outed and ousted. (Springer resigned his post after he disputed accusations that had been leveled against him and the charges against him were dropped and the case was dismissed.) Advocacy groups like Times Up Advertising have been created, and ad agencies have routinely said that they want to root out sexual harassment. But inside agencies the day-to-day mood is still unsettled as some agency employees say that men and women don’t trust each other, that agencies don’t trust men and women to be alone together, that some women feel like they’re being excluded and that some men are now regularly cracking jokes about #MeToo.

Post-#MeToo, agency culture is deeply fractured, that it feels like there’s an open wound and not enough time has been dedicated to healing that divide. Most agree that while agencies have publicly advocated to dig deep and fix their internal cultures that it’s more lip service than action. “Sometimes it feels like we’re trying to market our way out of a problem with no intention of actually wanting to fix it,” says a female ECD at Mcgarrybowen.

“It doesn’t feel like a cohesive environment right now,” says a female copywriter at a creative agency. “People from top to bottom are rethinking their entire personalities at work. The message we were trying to send was, ‘Don’t be shitty, don’t touch people at work and don’t use your power to influence people.’ It’s trickled down to this everyday weirdness. Treat me like I’m your copywriter, not your priest.”

The specific cultural issues vary by agency. Post-#MeToo, some employees believe that there’s now a lack of trust between genders, that men are less likely to mentor women or close the door when alone with a woman out of fear of being called out. Some agency employees say that there’s a constant heightened awareness now around what you say and how that could be perceived and that there’s a sense that no one is comfortable being themselves at work. Others say that whether out of fear, defense or just to be snarky, men in the ad world are now routinely cracking jokes and turning #MeToo into a punchline. Overall, multiple agency employees interviewed for this piece—all of whom asked for anonymity—agreed that agency culture hasn’t altogether changed for the better and that there’s a new sense of discomfort among the genders.

Agencies weren’t alone in being changed by #MeToo. The movement is part of a national conversation that’s had an impact in nearly every sector from entertainment to politics to technology, among others, all of which are grappling with the long-term effects of the movement. One of those effects is that men are generally less likely to mentor women. This past May, Facebook COO Sheryl Sandberg and Procter & Gamble chief brand officer Marc Pritchard co-wrote a piece for Fortune calling for men who refuse to mentor women to rethink their behavior and make a more deliberate effort to support women.

“I’ve heard this first-hand—male leaders telling me they avoid one-on-ones with female members of staff, or that they always ensure there is someone else in the meeting,” says Simon Fenwick, 4A’s evp of talent, equity and inclusion. “I find this absurd and disturbing. That says two things about you: Either you’ve done something you’re afraid you might repeat, or you think you’ll do something you shouldn’t. Either way, that’s unacceptable.”

For Sarah, #MeToo changed who she works with and what she works on as the agency now groups men and women in teams by gender rather than personality. “You see these shifts, you see clients that are female getting female teams and the clients that are male getting male teams,” she says. “It’s also become less integrated like, ‘The guys will take the broadcast and the girls will take the social.’ There’s not a lot of mingling. It’s feeling very baby blue on the right and baby pink on the left. It’s very much a Sadie Hawkins agency right now.”

It’s not only having an impact on who she works with and how she does that work—she said agencies are wary of men and women traveling together so agencies typically only send men when there’s travel required to be on set for production—but it’s also changed the social dynamics of agency life. “I’ve never in the entire time since #MeToo been asked to go to lunch with a man or a group of guys,” says the copywriter. “Before, it was ‘Let’s go grab drinks after work.’ I get along with guys and I always have. Now, it’s kind of like, ‘You’re still a girl’ and I can’t grab a drink with male coworkers anymore.”

Recently, jokes about #MeToo inside agencies have cropped up and that hasn’t helped the fractured culture, according to three female agency employees. “It’s almost become a punchline,” says the ECD. “If someone made a comment about my male partner’s clothing they’d be like, ‘Oh be careful, #HeToo.’ Some of my male colleagues have tried to reduce it to a joke.”

“Men have this sense of being accused, they’re like, ‘I’m not like that,’” says a senior art director at a creative agency. “There are little sarcastic jokes that are meant to be funny but are on the defense like, ‘Oh, it’s just the two of you in that conference room? Be careful!’ The casualness and the snarkiness that now exists between men and women, and among both groups separately, makes it feel like there’s this unresolved issue.”

“The mood is still uncomfortable and made worse by people who are using humor to deflect the seriousness of the issues that #MeToo addresses,” says a woman at a media agency. “What #MeToo has done is show the men who are actively trying to be allies and those who think everything is a joke.”

Some of the women said that it’s not as if they are humorless or can’t take a joke but that the jokes are a symptom of the gendered divide in agencies post-#MeToo. “It’s like we went and talked about it, addressed that it’s an issue but never had the deeper conversations,” says the senior art director. “Everyone has thoughts and feelings but there’s no way to properly articulate them so there’s a bit of a subtle hostility.”

When asked about whether or not culture has changed within agencies men interviewed said that they are certainly more aware of what they say and tend to choose their words more carefully but deferred to women to make the call about whether or not the culture has changed. “[I’m] definitely more aware,” says a male senior copywriter that is now working client-side, adding that he didn’t realize sexual harassment was happening within agencies until female co-workers started sharing stories with him after #MeToo. “I understand where I might’ve held a faulty POV when I thought the way I was [acting] was fine.”

When asked about agency culture post-#MeToo, agency leaders and industry groups like the 4A’s said they believe that significant change is happening within agencies—with initiatives like bias training and more women in leadership positions making an impact—but that change may be harder to feel day-to-day. “We are more acutely aware and sensitive to how our approach and behavior towards others, especially direct reports, can impact people,” says Carl Fremont, CEO of Quigley-Simpson. “Company-wide mandatory training on what constitutes inappropriate behavior and its impact has been a positive outcome in the post-#MeToo era.”

“It’s a fair observation there is a long way to go,” says TBWA president Nancy Reyes. “That’s probably because we are fighting a patriarchal system that has existed for as long as we can remember and it is so pervasive it’s often difficult to feel progress … it’s going to get more uncomfortable before it gets better.”

But even if it will get worse the answer isn’t to pair agency employees by gender or have men avoid mentoring women out of fear, says Fremont. “By separating teams by gender we do not get the best thinking and are condoning bad behavior rather than establishing the manner in which we build respect and trust among co-workers.”

Women and men within agencies say they are putting their faith in the younger generation entering the workforce now to truly change agency culture, as they are more likely to speak up, call out bad behavior and advocate for the kind of work environment they want. “The hope is in the younger generations,” says the ECD. “I don’t think they’re going to take it anymore. The old guard has gotten by and maneuvered the system. That said, men always say that [things will be different] when they have daughters. We don’t have time for them all to have daughters.”

This article was updated to clarify the Innocean COO Eric Springer’s departure.