With immigration under fire, visa uncertainty and wait times for foreign-born advertising employees 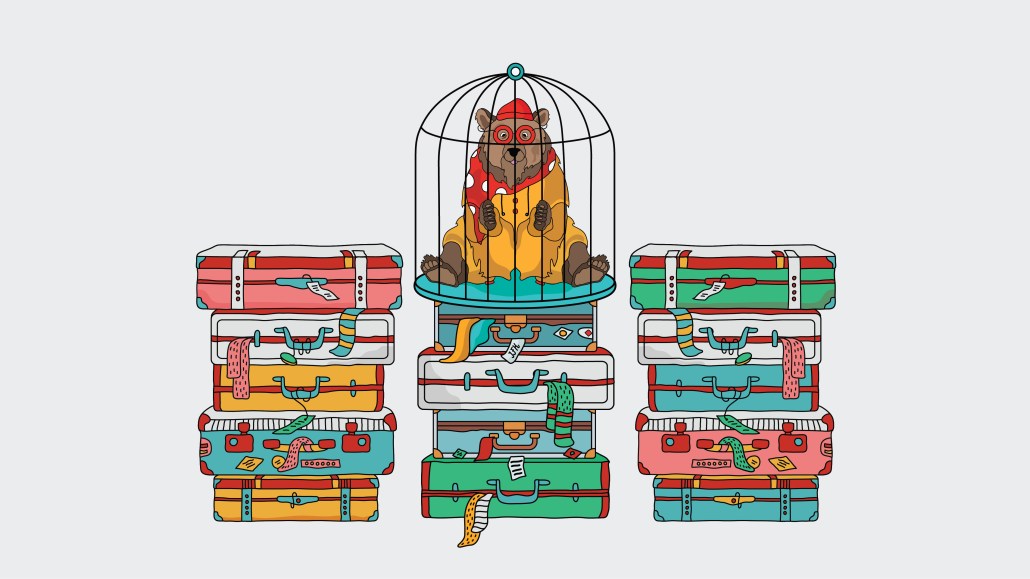 U.S.-based advertising agencies have long depended on international talent. Doing so has required those agencies to sponsor visas and wait for approvals from the Department of Homeland Security, a process that has only become more arduous under the Trump administration. Now, as the difficulty and complexity of getting a visa has increased, with longer wait times and more scrutiny, some of the international agency talent in the U.S. say they are more uncertain about their future in the country and less likely to switch jobs as their ability to live in the U.S. is tied to their visa and employment status. Below we hear from three international agency employees —all of whom spoke to Digiday on the condition of anonymity for fear of retaliation with their visas—about visa struggles and how the current climate could make agency employees feel trapped.

Media agency employee with a family in the U.S.
When you change jobs—aside from the notice period and everything else—there are a lot of issues. You have to resign from work and leave the country, so you have a bigger gap window of an uninsured period with health care because you’re out of the market. Even though I’m happy where I am, it does weigh on my mind when I talk to people [about potential opportunities]. There is a subconscious feeling of needing to put up with things [where I am] because it’s so hard [to transfer my visa]. My previous agency discussed that. They said, “If you leave, you know that we have a right to cancel your visa.” You’re powerless in that situation. Everything is in the agency’s favor with the visa. And a lot of agencies tie minimum commitments to hiring someone with a visa.

Recruitment is also more involved. If someone from an agency reaches out to you that’s the best outcome because you can deal with all these things up front. They can say it’s a problem—it’s probably discriminatory but you have to live with it because of the nature of your work visa. The one that’s really painful is if you’re actively trying to get out and you’re looking at sites to apply. If you look at some employment forms, they’ll ask you if you need to be sponsored like that and if you tick that box you’ll get eliminated straight away because a lot of companies will have a non-sponsorship position.

Overall, there’s a heightened sense of risk when you’re here with a family than as an individual. [If you change jobs and have to switch your visa] you have to pull your kid out of school and you don’t know where are you going to school them in the interim. I don’t have a home in my home market anymore to go back to [while waiting for a new visa]. That unpredictability is not pleasant. If you’re staying at your same job it’s a lot easier to deal with the visa and the renewal process. Honestly, I don’t think I could handle the stress of changing jobs purely based on the visa issues. The alternative is that you can take the view of some members of the population, which is if you’re not happy you can just leave. I’m not enslaved to my agency.

A lot of people that I know who were on visas at agencies in the U.S. have left as of late. The current administration is giving a lot of agencies pause on what they do and making a lot of people think about having a back-up. I know people who are asking if themselves if the uncertainty and stress are worth it.

A copywriter who recently changed jobs.
Recently, I accepted a position at an agency in the U.S. I’m working with their lawyers to sort out the visa. I feel like I should be working at a stronger agency but, unfortunately, given how this year has played out in terms of places I’ve talked to, this one agency was the only viable option for me. I had to weigh taking it or holding out and keeping looking for something in the U.S.

I was job hunting and talked to a bunch of really great creative shops. One that I really wanted to work at told me the visa is a really big hurdle for them because I’m mid-level and that they weren’t sure if it was worth it to sponsor someone who isn’t super senior. There’s no right time to bring up the visa. We typically don’t bring it up until after the interview and when there’s a follow up. There’s a sense that you’ll wow them so much in the interview that they’ll want to hire you even if you have the visa. Most people wait.

I’m not entirely comfortable with the contract I signed with this agency but it is what it is. In terms of payback, if I leave within the first year I have to pay back 100% of the lawyer fees for the visa. The second year, it’s still paying back 50%. So it traps me for one year. I’ve talked to some people who’ve said that if you get a visa transfer to a different agency and they give you a signing bonus it can cover some of the cost of paying them back. Still, there is a bit of a lockdown feeling with the first year. The biggest thing is to not have the mindset and feel trapped even if that’s the case. It’s not good to have that mentality for your health or your work. For me at least, it’s about doing a great job and making the most of the opportunities.

I’ve talked to multiple people and recruiters are telling me that it’s harder to get approval now. Timelines are getting extended, it’s taking longer and there’s more scrutiny. [Overall, the immigration and visa approval process] completely messes with how agencies are today with project-work. No one is anticipating work needs eight months in advance so it’s hard to get those timelines to mesh with each other. Visas just don’t jibe well with flexible work models or project-work.

Content strategist who will probably leave the U.S. next year.
I’ve been at [this agency] for a few years and now I’m nearing the end of my visa. There are agencies that will support you and many that don’t. How stuck you are depends on the visa that you have. I’m on a STEM OPT visa, which is an extension of the student visa. While on OPT, you can freelance and work part-time. There’s a lot of freedom in the first year and there are two other years that you can stay. After that first year, there are a lot of restrictions and no one tells you about them. After the first year, you cannot freelance, you’re not allowed to accept any outside money and you have to work full-time. The feeling of being stuck extends across several different levels.

When I accepted my current job, realistically with my visa, I knew I’d be here for a little over a year-and-a-half. Because of that I shut down the idea of having any other job while in the U.S. That’s not a bad thing, necessarily. But I’ve also encountered a lot of prejudice from companies because of the visa status. I was offered a senior writing position at an ad agency and I made it all the way to the final round. I did the writing test, I met with the entire team, I made it all the way through and they told me they wanted me. Only when I was at the offer stage⁠—and they knew about my visa status⁠—did the recruiter say that they [wouldn’t hire me because of my visa status].

The recruiters are so unaware of the nuances of the actual visa that it’s unfair for me to learn at the final stage. From my perspective, I didn’t understand why a huge advertising agency wouldn’t be enrolled in that program. A lot of people working in the U.S. are under the H1-B or the O-1, which is the talent visa. Because of that, you’re supposed to stay at your current company and that’s where a lot of the pressures come from. The new employer won’t want to go through the entire proceedings just to take a bet on someone who could be replaced by domestic talent. I’ve been with companies who value me but there’s always the side eye that comes from being someone who needs paperwork even if I’m doing the paperwork myself.