‘I faked it as hard as I could’: How Mojo Supermarket’s founder broke the Madison Avenue-style advertising mold 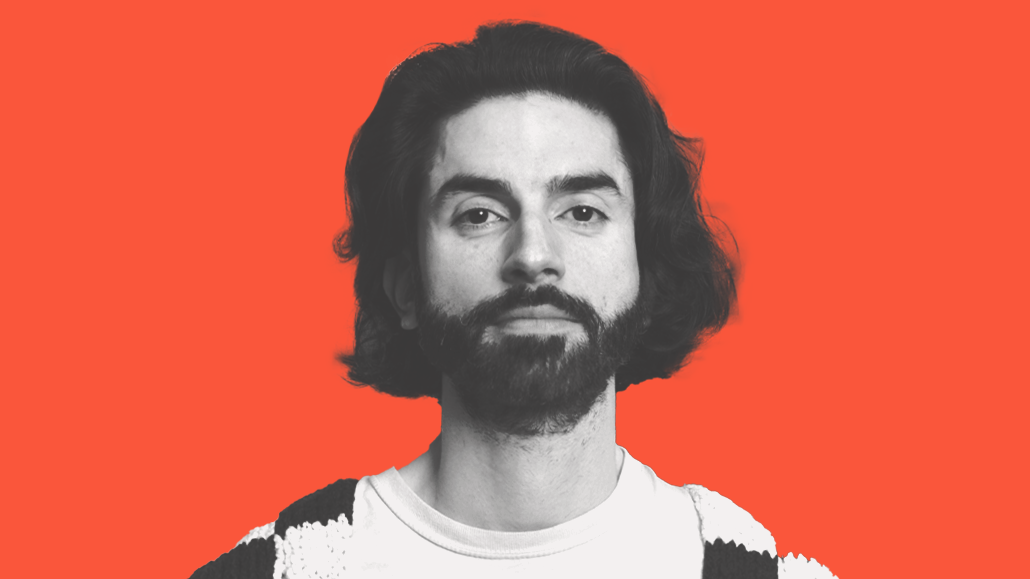 Mo Said has been faking it for years. For the better part of his advertising career, the Pakistani-bred creative has bluffed everything from his accent and his name to his interests, with the hope of blending into a predominantly white ad industry.

“I faked it as hard as I could until my personality broke and I went into depression,” Said explained. “If you play a character for a really long time, you eventually break as a person.”

I saw the work, what it could be and I thought I’d give it a try.
Mo Said, founder, Mojo Supermarket

Back then, Said was a 28-year-old copywriter working at Droga5, one of the most highly-regarded agencies in the world. But he was burnt out, exhausted from large agency culture and unimpressed with advertising’s sameness. “I’m faking it. I’ve lost all the friends that I needed to lose to have this perception of who I am so I can work in this industry,” he said. “I’ve lost my identity and accent. I’ve done all this, become a different person to make this work and this work sucks.”

With no prior business experience or financial backing, Said took a leap of faith and left Droga5, determined to make space for people like him, people he calls “outsiders of mainstream culture” who were also reeling from burnout. In 2018, he founded his own agency, New York-based Mojo Supermarket.

The move paid off. Said’s agency and its 60 staffers have spent the last four years giving legacy agencies a run for their money and raking in creative awards, including Cannes Lions, One Show and American Advertising Awards. The shop has snapped up work with big name clients like Match.com, Adidas and Girls Who Code. Said said he is just getting started with plans to expand Mojo Supermarket’s capabilities to include product, strategy, content and more.

“I saw the work, what it could be and I thought I’d give it a try,” Said said. “If it doesn’t work, then I go home and work in a bank in Pakistan.”

This attitude speaks to Said’s dedication to his craft. His friends describe him as a creative with no off button. “When he’s not working, he’s writing songs and playing guitar. He cannot stop,” said Camilo De Galofre, founding member and director of art and design at Mojo Supermarket. “His brain just keeps going and going. That’s what I truly admire about him.”

Said and De Galofre met early in their careers, and the two recalled memories during their time together at Droga5.

De Galofre recalled a story in which Said was at a wedding when he met someone from the Adidas marketing team who was looking for a creative agency. At the time, Said was still working for Droga5. But instead of offering names from his current place of work, on a whim, Said offered Mojo Supermarket. There was one catch: It wasn’t an agency yet. It was a bold move, but one that worked, De Galofre said. “We totally faked that we had an agency. We made it work and then won an award with it,” he added, referring to the Adidas AR Drops campaign.

If you come to Mojo Supermarket, you’d best come prepared to break the rules of traditional advertising, according to Said. As a creative, he has even spent his weekends making work he believed in. At one point, he said he made an extension for Google’s Chrome browser called Drop United that hides United Airline flight recommendations from traveler search. It came on the heels of the airline’s fiasco in which the company dragged a passenger from the plane.

“It was a frustration, but he wasn’t letting that frustration kill him, creatively. He was doing things on the side that was feeding that creative soul that he had within himself,” De Galofre recalled.

As an agency, Mojo Supermarket is behind moments like #GiveHerABreak Oscars hacking and Dojacode, a Girls Who Code immersive experience.

He practices what he preaches in terms of making sure that his staff, his team and the folks that he brings to the table are really representative of his values.
Ashley Gramby, senior director of marketing and communications, Girls Who Code

“When we think about creating work automatically, we have to partner with someone who is going to have that at the forefront,” said Ashley Gramby, senior director of marketing and communications at Girls Who Code. “Mo and Mojo got that instinctively from the beginning.”

Girls Who Code was originally introduced to Said and his agency back in September 2020. They partnered during CSEdWeek, or Computer Science Education Week, on Girls Who Code’s “Missing Code” campaign. Said and Gramby haven’t met yet in person, connecting predominantly over Zoom calls to produce work for the last two years. But Said has a reputation that precedes him. He’s known as being earnest, smart and kind, Gramby said. It’s what drew her team to work with him and his agency. Given Said is a man, Gramby said she was unsure he would get it when it came to creating something for a nonprofit organization that caters to young women. But he did, almost immediately.

“This guy really is a champion, number one for diversity. He practices what he preaches in terms of making sure that his staff, his team and the folks that he brings to the table are really representative of his values,” Gramby said, adding that she and Said have plans to meet up in person before the end of the year.

Girls Who Code’s work with Mojo Supermarket says a lot, considering it’s the first time that the nonprofit has consistently partnered with an agency for more than two years, Gramby said. And the organization has no plans of ending its partnership with Mojo Supermarket. “We hope that there’s a lot more innovative and creative brand work to come from our partnership,” she added.

For Said, he said the last few years have been about finding himself. Mojo Supermarket has helped him do that. His work has landed him on the Forbes 30 Under 30 list, Adweek Creative 100 list and AdAge 40 Under 40 list. If you ask him about the current state of advertising, his answer is trite in his opinion, but Said said he feels it’s an exciting time to be an advertiser as more agencies are trying to mimic the level of authenticity that Mojo Supermarket has accomplished.

“Advertising is becoming more interesting. We don’t care about it as much and we don’t have money for people to watch [ads],” he said. “The rinse and repeat of advertising is going away. Now, you have to be interesting.”