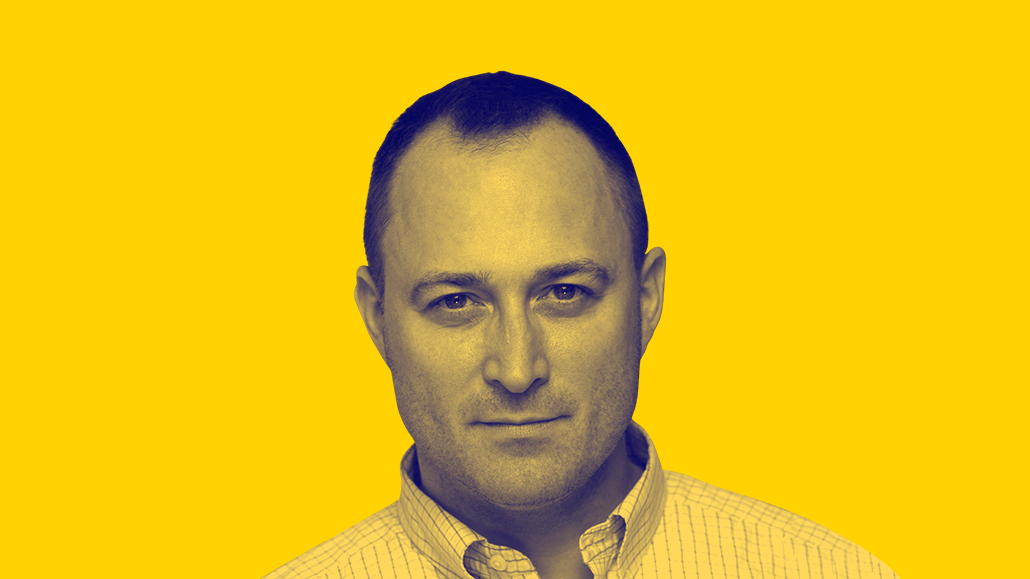 Unflappability is a sought-after leadership trait. Anthony Katsur, who is weeks into his new role as the CEO of the IAB Tech Lab, seems to have it in spades.

He’s at the sharp end of irrevocable disruption to online advertising and yet is rarely thrown when pressed on the future of digital advertising. In many ways, it’s to be expected. After all, he’s no stranger to tumultuous change; from being a vp at Doubleclick on its road to acquisition by Google — a deal that cemented its grip over media dollars — to working in an ad tech industry at the height of advertiser scrutiny. There’s not much that seems to unsettle Katsur. Even so, he’s all too aware of the challenges that come with a job some people have branded the “toughest in ad tech.”

RESUME AT A GLANCE

The loaded claim is not without merit. Attitudes toward the organization veer from apathetic to full-blown frustration, according to several execs interviewed by Digiday who have worked with the IAB Tech Lab over the years. They question the organization’s ability to enact change, given their belief that previous attempts to do so on issues like ad fraud and privacy have flattered to deceive. To these execs, the IAB Tech Lab is a club of publishers and the ad tech vendors that help them with no incentive to do anything favorable for advertisers. Rumblings that Google and Facebook have influence over the organization are rampant. To say Katsur has a lot to unravel is an understatement.

“Before I officially started last month everyone from publisher executives to ad tech bosses reached out with their feedback on the Tech Lab and where they want to see it taken through the current climate,” said Katsur. It’s a minor miracle some of those conversations happened given where he was — fishing and camping along the North East coast of the U.S. where he’d chosen to take some downtime during the two-week gap between his old job at Nexstar Media Group and his new one. It might prove to be the last moment of tranquility he gets in a while.

The industry he now represents is being put through the wringer. Growing restrictions on targeted advertising have only fortified walled gardens and renewed tension between each one. All other players, from publishers to advertisers, have been caught in the crossfire. Some have fared better than others (and will continue to do so) as the gap between the haves and the have nots widens. Katsur’s job is to help close this gap for his constituency: publishers, agencies, advertisers, ad tech vendors and consumer advocacy groups.

“Tech Lab’s role here is to support how business is conducted in the digital media ecosystem while dealing with the regulatory and compliance issues at both federal, state and international government levels,” said Katsur.

To do this, he plans to “ship more code” or develop more protocols and standards from the organization. Katsur’s exact roadmap will be sketched out after his “listening tour,” but will likely focus on consumer privacy, identity, addressability or ad fraud. For example, plans are already underway to extend the Open Measurement SDK, which will help buyers determine whether an ad was actually delivered in a mobile or web environment, will be extended to CTV later this year.

“I intend for the Tech Lab to get back to its roots as a lab that produces these technology standards for the industry to then innovate on,” said Katsur.

Not that it will all be one-way traffic from the IAB Tech Lab.

Eventually, some of those standards will be crowdsourced. It’s why the IAB Tech Lab launched its Open Source Initiative earlier this summer. Doing so made all the organization’s open-source projects and code available in one place, with the following ones a starting point: Unified ID 2.0 (UID2), Open Source ID framework, brand suitability test benchmarks: and an update on its Ads.cert protocol. “I see the Tech Lab taking a much more visible role in launching technology frameworks in partnership with constituents across the industry,” said Katsur.

Doing so, however, is easier said than done. It won’t be easy wrangling a gaggle of ad tech providers around one table to standardize their complex approaches across the industry. Still, if anyone can do it, former colleagues believe Katsur can. They point to the fact that his career of working through challenging dynamics forced him to consider multiple perspectives simultaneously.

“He is always helpful, kind and can communicate with various stakeholders, from engineering to operational and commercial subjects,” said Hossein Houssaini, who was the former global head of programmatic solutions at Havas Group and worked with Katsur while he was at the Rubicon Project in 2014.

“These characteristics are pretty crucial for leading the IAB Tech Lab and its future,” Houssaini added.

For a time, that future looked uncertain: two of its top execs left within two months of each other earlier this year. Jordan Mitchell, who served as svp and head of consumer privacy, identity and data, left in April after three years; a month later CEO Dennis Buchheim resigned after just four months in the top role. Both departures raised concerns about the direction of the organization.

Katsur’s arrival — three months after Buchheim left — brought some stability to the organization. But he wants to do more than just steady the proverbial ship now that he’s at the helm.

“The feedback I’ve had so far is that the Tech Lab has been too consensus-driven and hasn’t taken a position on the important issues,” said Katsur. “We’re going to change that. Whether its consumer privacy or identity, ad fraud or the migration of TV dollars into the OTT landscape, the Tech Lab will have a position on those issues.”

That will require diplomacy and patience. And collaboration could veer too far into trying to please everyone at the expense of achieving what matters — a price Katsur said the IAB Tech Lab is simply not willing to pay. Indeed, the organization is the sum of its parts, he added, which creates value for its stakeholders. Changing this undermines that premise. It makes it short-sighted for a short-term boost, said Katsur. “We’ll continue to seek as much feedback from our working groups and constituency as possible but we don’t want death by consensus,” he added. “The industry is moving too fast so we need to address these issues in the near-term versus taking a wait and see approach.”

The aforementioned Unified ID 2.0 alternative to third-party cookies will be the litmus test for this goal. When The Trade Desk turned over the code for the cookie replacement hopeful to the IAB Tech Lab in May it became open source. And the IAB Tech Lab became the custodian of the project able to dish out the encryption and decryption keys for the code. “It’s the perfect open-source opportunity that could be shepherded by the Tech Lab,” said Katsur. “If we’re going to launch certain technology frameworks or ship more baseline code to the industry that doesn’t mean the Tech Lab owns it — the industry does. We’ll moderate and govern it like any other open-source initiative.”

It’s unclear whether advertisers and publishers will immediately support this alternative — especially now that third-party cookies are going to be around for a while yet in the world’s most popular web browser: Google’s Chrome. Katsur expects industry-wide development to stall because of it, but he cautioned against waiting too long. “It would be foolish, however, to take advantage of that reprieve at the last minute because that’s what happened before the extension — there was this massive rush to solutions in a very short period of time,” Katsur said.

The industry is moving too fast so we need to address these issues in the near-term versus taking a wait and see approach.
Anthony Katsur, CEO, IAB Tech Lab

It’s no secret that the iPhone manufacturer’s influence over the ad industry is growing, creating both opportunities and challenges for the IAB Tech Lab’s constituents. “Apple has set the tone as one of the largest ecosystems on the planet and that role is definitely being discussed, particularly with brands and agencies,” said Katsur.

As he reaches the halfway point in a 60-day tour of the ad industry for feedback, Katsur cuts a pragmatic figure. He’s aware his decisions aren’t going to appease everyone but is adamant that whatever they are it will be for the greater good — politics be damned.

“That’s the thing about Tony,” Cantu said. “He’s one of the few people I can say with certainty gets it from every viewpoint and isn’t in it for the politics and poppycock… He cuts through to the meat of the matter and takes calculated and considered action… He’s the right person done a tremendously challenging job.”