The crazy skin-lightening ads that have been banned in India 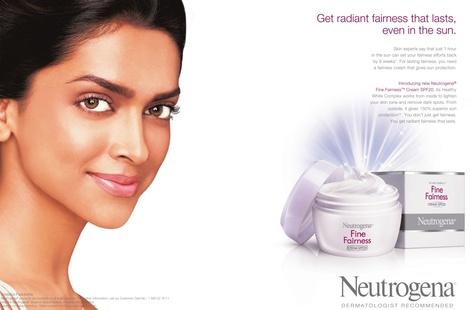 Indian advertising is about to get a little darker. And that’s a good thing.

On Tuesday, the Advertising Standards Council of India, a self-regulated advertiser group, issued a new set of guidelines that will ban all ads that depict those with darker skin as being inferior in any way.

For years, advertisers of skin-lightening creams and other products have shown people — mostly women — with dark skin as having problems when it comes to finding jobs, getting married and generally being accepted by society. The makers of these ads include behemoths like Unilever, Johnson & Johnson and P&G. The so-called “fairness” cream industry in India was estimated at $432 million a year and growing by 18 percent annually in 2010, by AC Nielsen.

“Advertising should not communicate any discrimination as a result of skin color,” read the new ASCI guidelines, and the expression of the model in the ads should not be “negative in a way which is widely seen as unattractive, unhappy, depressed or concerned.”

Former ASCI chairman Bharat Patel told business news site Live Mint that all advertisers have to comply with the ASCI rules — both in television and print.

The movement is a long time coming. For years, activists like Indian film star and director Nandita Das (who is often called “dusky”) have tried to start social movements against the manufacturers of these types of products and advertisers that carry those messages. Recently, she launched “Dark is Beautiful,” a campaign to celebrate “beauty beyond color.”

Here, then, are four Indian ads you won’t see on Indian television ever again. Good riddance.

Fair & Lovely
In this classic ad, a double whammy of sexism and fair-skin bias: A retired father with money problems laments that he didn’t have a son to bail him out. His dark-skinned daughter decides she’ll “be a son” and uses a Fair & Lovely (owned by Unilever India) to land a coveted job as a flight attendant.

Fair & Handsome
Even India’s biggest superstar, actor Shahrukh Khan, is in on it. He recalls his (clearly fictional) past, when he was a regular guy who wanted to be a celebrity.

Clean & Dry
It’s not just your face you should worry about, ladies. This recent ad for Clean & Dry emphasized how bleaching your genitalia would make your husband love you more.

Garnier
Being outdoors is amazing, even for India’s beefcake poster child John Abraham, who doesn’t care as much about the dangerous effects of sun exposure as much as he does about tan lines on his bulging biceps.

Tanishq
Some advertisers, on the other hand, are working to undo some of the more entrenched cultural taboos. Jewelry brand Tanishq, for example, has already actively been recruiting darker-skinned actresses for their ads, like this viral spot about a wedding that also tackled another controversial subject: second marriages.