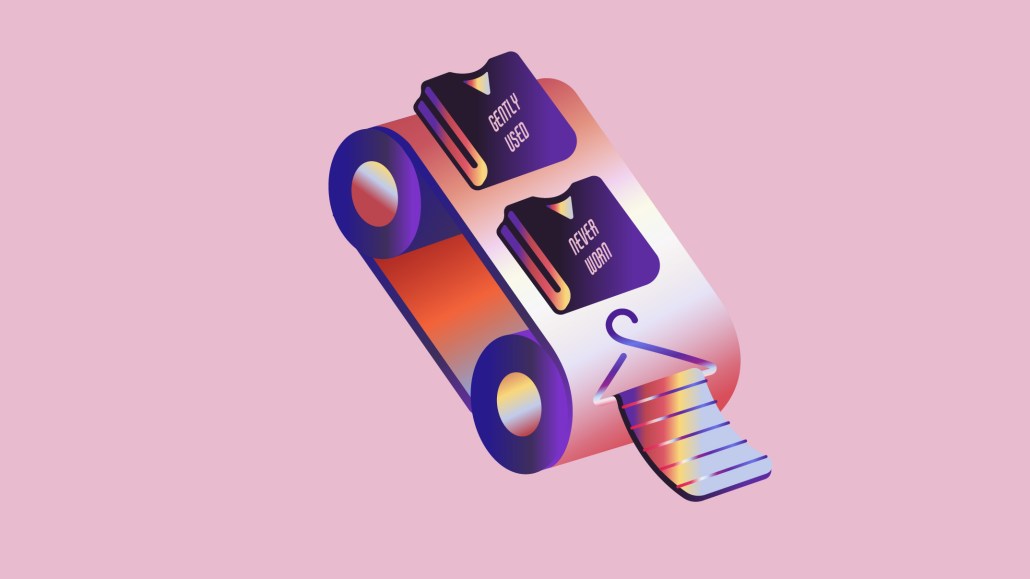 Though the fashion industry faced its ups-and-downs in 2020 and continues to deal with Covid-19 ramifications, one category greatly benefited during this period: resale.

With physical stores closed and e-commerce adoption flourishing, resale platforms like Poshmark, ThredUp, The RealReal and Gen Z favorite Depop saw astonishing growth, with the entire resale category growing 25% in 2020 compared to 2019, according to a ThredUp report conducted with research and analytics firm GlobalData.

And perhaps just as importantly, that momentum has sustained, signaling systemic shifts in shopping habits, the rate of fashion consumption and the embrace of a more circular economy. According to Boston Consulting Group, secondhand apparel, footwear, and accessories represent $30 billion to $40 billion in value worldwide, and the resale market is expected to grow by 15% to 20% annually over the next five years. What will fuel this growth is not only consumer demand for a more climate-friendly version of fast and easy consumption, but every brand and retailer becoming a reseller too.

“We’ve only just scratched the surface of the resale market. When Poshmark was started 10 years ago, resale was more of a novelty. Today, there’s a massive market opportunity and demand is growing exponentially for secondhand,” said Tracy Sun, Poshmark co-founder and svp of new markets. “We’re also seeing resale catch on more and more, from a cultural perspective, and are excited to be one of the companies encouraging consumers to embrace secondhand style.”

Poshmark, which went public in January, stated in its second-quarter 2021 earnings that the total dollar amount of transactions on the platform during the quarter (excluding shipping and sales tax) was $449.6 million, an increase of 25% year-over-year from 2020. Meanwhile, Depop’s gross merchandise sales and revenue more than doubled in 2020, to about $650 million and $70 million, respectively. London-based Depop, founded in 2011, was purchased by Etsy in June for $1.63 billion.

“The pandemic highlighted a shift in where people could buy and discover fashion (as brick-and-mortars were closed), or source inspiration for their next purchase,” said Peter Semple, Depop CMO.

Resale is also now more than a popular means of buying clothes, having emerged as a form of pseudo-entertainment. Depop and fellow resale app Poshmark have managed to turn resale into another microcosm of social media, with social features such as following, liking, and chatroom-like events that allow people to engage with one another and influence their own tastes and shopping habits. A Bain & Company report conducted with Depop found that 35% of Depop users engage with the platform as “a cool thing to do (entertainment).”

This was only amplified during the quarantine period in the U.S. in 2020. For example, Poshmark introduced a community toolkit and “Posh N Coffee” Zoom gatherings that would allow people to connect and generate income. Throughout the 2020, Poshmark hosted over 1,000 Posh N Coffee Zoom meetings and in 2021 introduced another version called “Posh N Sip.” A DePop spokesperson said more social features would be added toward the end of 2021, but declined to comment further.

Following this surge in popularity, many brands — especially of the luxury variety — have begun to embrace resale, often as a protective mechanism to prevent the flourishing of counterfeit goods. While a few holdouts, LVMH and Chanel being two, who stand opposed to resale, others are investing. In Oct. 2020, Gucci began a partnership with The RealReal, while Neiman Marcus announced in April it was facilitating resale opportunities using its in-store stylists through handbag resale site Fashionphile. And in June, rental service Rent The Runway added the option that everything on its site is available for resale to both subscribers and non-subscribers. Rental competitor Nuuly also entered resale in August with a platform called Nuuly Thrift.

Investor appetite in resale is also increasing. Luxury conglomerate Kering Group led a $216 million funding round for resale site Vestiaire Collective in March, and Europe’s largest secondhand fashion marketplace, Vinted, raised $293 million in May that valued the start-up at $4.26 billion.

High street brands like REI, Levi’s, Patagonia and Fabletics have also introduced resale to their e-commerce or established resale partnerships with companies like resale platform ThredUp and resale tech company Trove. In these particular cases, the main motivation has been sustainability, which is so important to Gen Z in particular that they are willing to pay extra for goods that have been made in a sustainable way, according to First Insight research.

Questions have arisen around whether resale is as sustainable a practice as the public would like to think. Recent studies have provided contradictory evidence regarding the environmental effects of circular-economy practices such as renting and reselling items.

But the popularity of the circular economy concept has broadened the appeal of resale. The demand for resale now goes beyond apparel as well. Poshmark added a pet products category in February, while The RealReal launched a Collectibles & Electronics category in August, as a way to buy and sell unused household items.