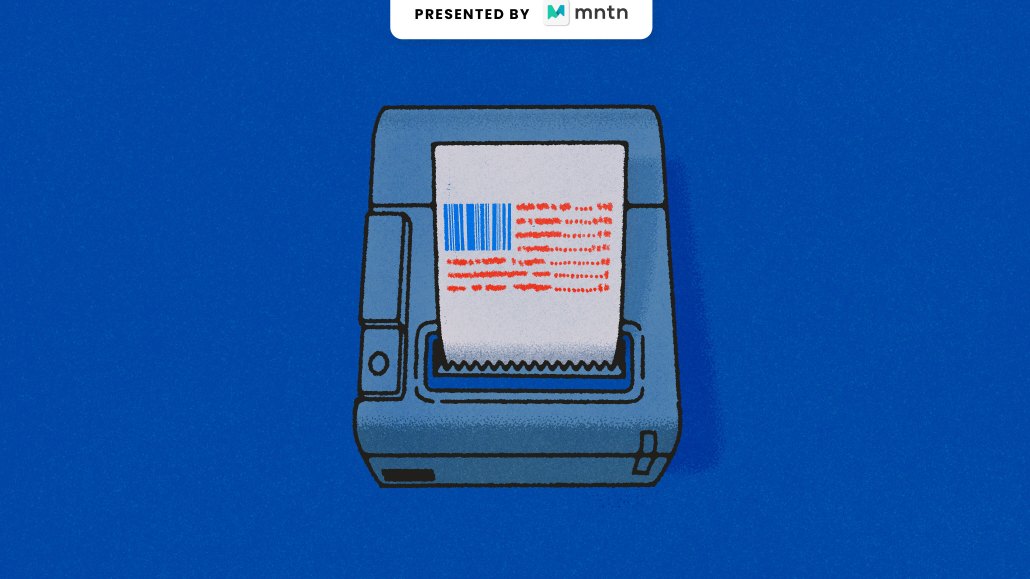 Regardless of what voters decide at the polls today during the 2022 U.S. midterm elections, there’s another over-arching winner that doesn’t belong to any one political party: connected TV.

This campaign season, political campaigns on both sides of the aisle have been spending more to reach people across CTV devices. And just like with non-political advertisers, the growth has brought big business to the already booming sector.

Earlier this year, AdImpact predicted CTV ad spending would reach $1.44 billion, accounting for around 15% of the expected $9.7 billion campaigns would spend across all platforms this cycle. The ad-tracking firm also estimated this summer that CTV ads made up nearly 44% of the $700 million that had been spent on digital political ads through July.

The political CTV boom has also been a boon for the streaming business. During Roku’s second-quarter earnings call, CEO Anthony Wood said political advertising was “a good vertical for us” that is “important” and a “good business.”

“It’s growing, but it’s not a huge business for us,” Wood said on the call. “It’s not yet become a primary growth driver. And I think that’s for various reasons. But one of the reasons is that political advertising tends to be in certain very high-demand localized markets. And so, even though we have a lot of scale in a particular market, we’ll reach caps fairly quickly. And so, that’s one of the limiters on growth.”

Ad-tech firms working with campaigns have also been beneficiaries. Mark Jablonowski, managing partner and chief technology officer of DSPolitical, said the company’s CTV revenue has gone from 4% two years ago to 20% this year. And for Simpli.fi — a programmatic ad-buying platform — it’ll make up around 10% of revenue this year, according to Simpli.fi co-founder and CEO Frost Prioleau. Neither company disclosed exact figures.

“Political advertisers are running and changing at a very high velocity,” Prioleau said. “They have a campaign, they want to get the campaign live very quickly, they may run it, they may change their mind three days later and say ‘take it down, swap out the creative,’ and come back.”

How political campaigns are using CTV ads varies based on what they’re trying to achieve. For example, some campaigns looking for fundraising and getting voters to the polls are running hyper-targeted CTV ads that are followed up by display ads reaching the same household. Others are using them to retarget people who have visited a political website. Meanwhile, some campaigns are using CTV to replicate linear advertising with ads that aren’t hyper-targeted but are cheaper.

Like any ad, political CTV prices vary depending on what someone is buying. For example, Prioleau said CPMs for “name brand inventory” such as from Hulu or other major platforms might cost $40 or more, but campaigns that are less worried about times of day can range from the high single digits to the low double digits.

Despite viewership changes, some say strategies of many campaigns haven’t adapted — a key challenge when the stakes are high. Zac Moffatt, CEO Targeted Victory, a political consultancy that works with right-leaning campaigns, said only about one in four dollars goes into the district a campaign is trying to reach, which makes “the amount of waste from the get-go is pretty severe.” Although broadcast helps to move numbers quickly, Moffatt said there are still questions about what the value is for incremental spending.

“I think that’s the hardest part about politics, you have this very binary outcome,” Moffatt said. “Selling 1% more diapers doesn’t help us, right? You have this finite day, and you have to take that into consideration.”

After three months of political campaign spending, the cost of reaching incremental new households on linear is between 10 and 12 times more expensive, according to Melissa Kurstin, MiQ’s managing director of mid-Atlantic and southwest. She added that’s why campaigns are taking a more “agnostic approach” to delivering CTV ads on various platforms using multiple data sets.

The evolving viewership landscape across various devices has made it more challenging to reach key voter groups. Just 39% of independent battleground state voters have traditional TV, according to data from Samba TV. There are also still the same ad frequency problems that plague advertisers. Two of the largest spending political advertisers in the country — the company didn’t disclose which campaigns — had 90% of more than a half billion impression linear TV impressions reach the same 55% of households, according to the company’s data.

“For better or worse our voter files, all of the sort of backbone for political advertising — whether it’s in an addressable medium like CTV or in broadcast — is all sort of resolved to very granular data about Americans,” said Ashwin Navin, co-founder and CEO of Samba TV. “Where we live, household income, demography, voting history. The whole identity spine here is sort of the modern marketer’s dream.”