As brands run from the association, a streetwear backlash has begun 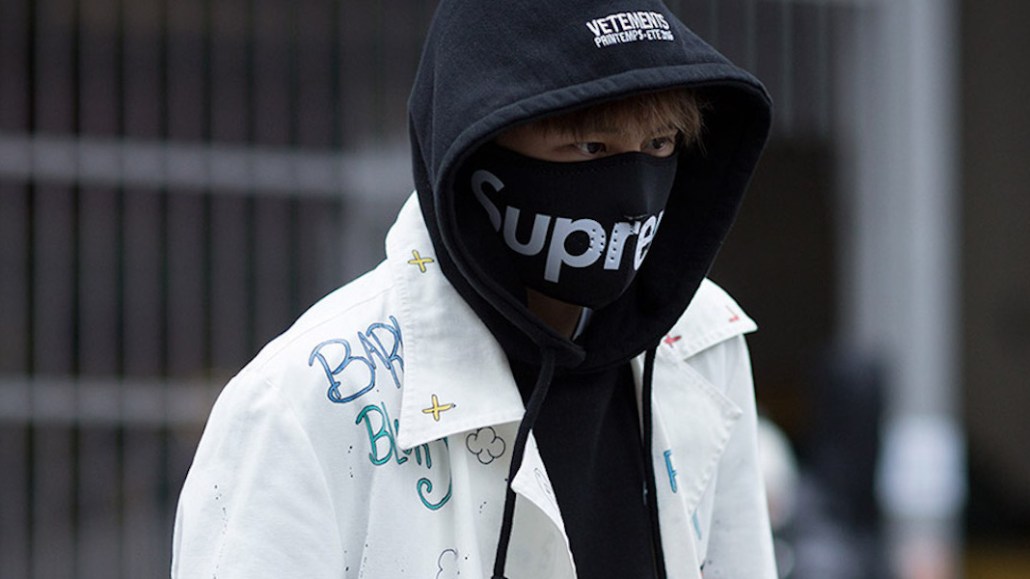 As streetwear style — hoodies, graphic T-shirts, baseball hats, sneakers, etc. — has moved from the periphery to become the main event in fashion today, more and more brands that have been lumped into the category are shrinking away from the association.

Jayne Kim, a designer at Stussy, said in an e-mail that the brand didn’t qualify as streetwear, despite being one of the hallmark brands of the streetwear movement that first began building in the ’80s.

“I wouldn’t know how else to categorize them,” said Lanie Alabanza-Barcena, the founder of the women’s streetwear label HLZBLZ. (Kim refused to elaborate further on her statement.)

A representative for Noah, a New York-based brand of men’s basics that was founded by Supreme’s former creative director, Brendon Babenzian, also brushed off the term. “We don’t categorize the brand one way or another, but rather touch on multiple categories of dress and inspiration,” she said. Nevertheless, the term has been used to describe the label in authorized interviews with Babenzian in The New York Times (in 2016) and Vice (2015).

Only NY, which sells limited quantities of items like graphic T-shirts and logo-emblazoned beanies released on a regular basis (à la the drop model), isn’t streetwear either, according to brand designer Lukas Witek.

“We prefer to be known as a lifestyle brand,” he said. “[Streetwear is] a little bit too niche. It’s just not really us.”

Other examples abound. Off-White is “a young brand embracing the now in a sophisticated manner,” or, in Barneys’ parlance, “urban apparel.” Brain-Dead’s hats and T-shirts come from “a creative collective of artists and designers with a disruptive, graphic-led approach.” Supreme, Undercover and Vetements — which, though sold at a luxury price point, traffic in streetwear staples — don’t refer to the category in any of their brand materials, either.

Menswear experts who know the space well believe the phenomenon is a response to the further bastardization of a term and a category that was never well-defined to begin with.

Although “streetwear” has always referred to a very specific set of products — like graphic tees and sneakers — those products were merely the canvas for various different subcultures, according to Jeff Carvalho, the founder of Highsnobiety.

“People began to use the term as shorthand for elements of style that crossed scenes like skate, surf and hip-hop,” said Jian DeLeon, Highsnobiety’s editorial director. “But it never really pledged allegiance to any.”

“There’s no way to intelligibly do it, so it’s best to just leave it at: You know it when you see it,” Trunzo said.

Indeed, the breadth of the term’s associations today are not unlike that of “urban wear” in the early 2000s, which was used controversially to describe most black-owned and operated brands, regardless of their product style. When you search for streetwear on Google, shopping options pop up in unlikely places, including H&M and The Gap. Endless resale sites, such as Grailed and CopvsDrop, are also dedicated to the category. The personal style of celebrities like Kanye West and Rihanna is frequently labeled as streetwear, too, further popularizing and diluting the concept of streetwear itself.

As a result, lazy brands hoping to gain relevance with today’s consumers are designing their own, watered-down renditions of streetwear staples, he said. “Just look at the streetwear hashtag on Instagram. It’s embarrassing.”

Many people in the menswear scene also lament the fact that a culture once built upon meeting up and connecting over similar interests has become largely about making money.

“Streetwear has a dirty name now because people feel it’s been co-opted by a consumer who may not know the history behind it,” said Carvalho. “Picking up a sneaker for them is just an opportunity to resell it and make some cash.” (The sneaker resale market alone is said to be worth $1 billion.)

A lot of these so-called streetwear companies may be hesitant to court that uneducated consumer and have them representing their brand, Carvalho said.

As the streetwear space evolves, its categorization has only become murkier. Some of the original “streetwear” brands have even begun positioning themselves as luxury players. Take Supreme, which was founded as a skate shop by James Jebbia in 1994; thanks to an investment by the private equity firm The Carlyle Group earlier this year, the company is now valued at $1 billion. It also counts luxury fashion label Louis Vuitton as a collaborator.

Tees by Stussy are sold at Urban Outfitters — but the brand also sells at Dover Street Market, alongside high-fashion pieces by Raf Simons and Graham Greene.

“After so many years of being anti-establishment, these brands have, in many ways, become the establishment themselves,” said DeLeon. That might explain the defensiveness surrounding the term, he said. “It’s like, now that we’ve made it, you’re still going to call us streetwear?”