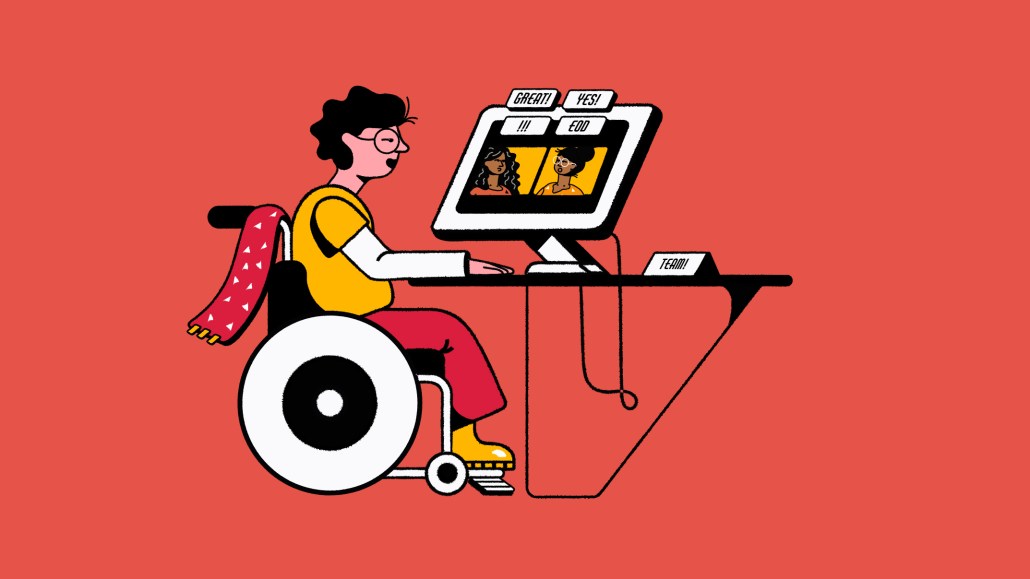 With the metaverse on the horizon, persistent virtual spaces could provide new opportunities for people with disabilities to move through the world unhindered. But some experts caution that disabled people could be left behind if they are not consulted in the construction of the metaverse from day one.

When Josh Basile, community relations manager at the accessible tech company accessibe, first learned of Facebook’s decision to pivot to the metaverse, he was initially excited. “Whenever you hear about transformative technologies or new worlds or interconnecting environments, that excites me,” Basile said. “It gets me to think about ‘Ready Player One,’ and creating a futuristic world of possibility.”

But for Basile, who is quadriplegic and has ADHD, the announcement created more questions than answers. “You look at when the internet started; persons with disabilities were very much not included, and it was the Wild West, and let itself grow on its own, without many rules,” Basile said. “And then, if you look at today, less than two percent of the internet meets accessibility guidelines — that’s not a very welcoming environment.”

Virtual reality and augmented reality technology is already more than sufficient to bring disabled people into virtual worlds; the challenge is in fine-tuning that technology to best serve those with disabilities. “Right now, there are probably four or five head-mounted displays that automatically do eye-tracking,” said Jeremy Bailenson, founding director of Stanford’s Virtual Human Interaction Lab and co-founder of the VR company STRIVR. “But very few of them are using eye movements as an input; they’re mostly using it to measure where a person was looking and get a better sense of engagement or understanding.”

In other words, several consumer VR headsets are equipped with technology that could make it far easier for quadriplegic users such as Basile to navigate virtual worlds — but that tech is currently used mostly to track user engagement metrics, not serve disabled users.

Accessibe is one example of an internet accessibility company with technology that could be modified to serve the metaverse. Its platform is an AI-powered solution that simplifies websites, optimizing them for use with assistive technologies such as screen readers and keyboard navigation. This reformatting makes it possible for accessibe Chief Vision officer Michael Hingson, who has been blind since birth, to navigate the web as easily as many able-bodied users.

This kind of accessibility is currently lacking on many proto-metaverse platforms, said Hingson, who illustrated his point by discussing his experience in the social game Habbo, which he recently downloaded “and then didn’t find anything about accessibility,” Hingson said. “I found all sorts of videos, and the problem with videos is that they typically show screenshots; they refer to this or that or whatever, so the video doesn’t do me a lot of good. The real issue is that it’s a mindset: it would be easy to make a video as useable for me as it is for you, if you just put the appropriate words in the dialogue, while you’re talking, describing what you’re doing.”

There is a reason for disabled metaverse explorers to be hopeful for the future. The technology to make the metaverse more accessible is already available; it’s simply a matter of getting the companies building it to care. Facebook — the platform, not the recently rebranded corporation — is largely accessible, though Basile is skeptical that the company will bring this accessibility into its metaverse without being prompted.