Access over money: How Sephora is quietly supporting female entrepreneurs 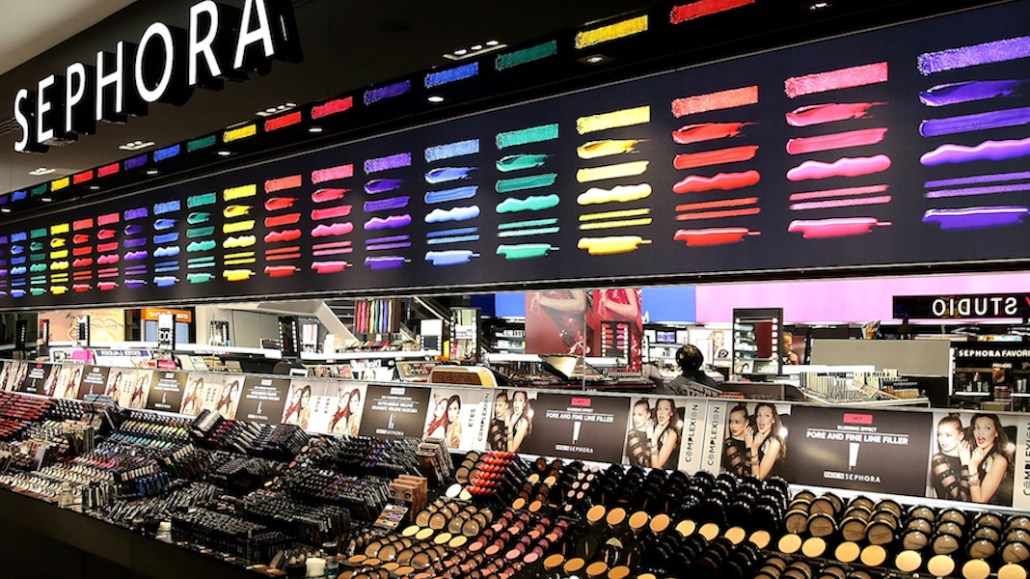 For the past two years, Sephora has been quietly supporting female-founded beauty businesses with an incubator-like program called Accelerate. More than money, it’s access and education that the program looks to provide.

“We are passionate about using our strengths for the greater good and recognized a gap in female leadership, even in the beauty industry,” said Corrie Conrad, Sephora’s head of social impact, who was brought on from Google in 2015 to build out Sephora’s social initiatives. The void is especially glaring in the startup space, where a whopping 85 percent of venture investment goes to men.

Conrad and her team set out to help turn that around, developing a seven months-long mentorship program to help female founders take their businesses to the next level by securing new investments and/or retail partnerships — only sometimes with Sephora.

It kicks off with a weeklong “boot camp” in San Francisco, bringing the Accelerate cohort together for the first time to bond and brainstorm ideas for their respective brands.

Airfare is covered, plus each participant receives a grant of $2,500 — the only money they’re given during the program — to supplement any other travel costs or business losses incurred by taking the trip.

That up-front investment might seem negligible compared to what other incubators offer; the startup accelerator Y Combinator, for instance, invests $120,000 into each company it brings on. According to Conrad, Sephora believes the experiences and connections it offers in its program are more valuable. (The company estimates that its team has invested 950 hours into advising Accelerate members so far.)

It’s not that the program itself is lacking in funding — although Conrad couldn’t speak to numbers, she conceded that a large financial investment is involved in the overall programming, particularly in the boot camp facilities and events.

“The level of detail that went into that first week was amazing,” said Yve-Car Momperousse, the founder of the natural and ethical hair-care line Kreyol Essence, and a participant in this year’s program. “From the beginning, we were treated as if we were premier brands,” she said, citing included perks like airport chauffeurs, lavish dinners and daily outings around the city — not to mention the mansion participants stayed in for the week.

But it isn’t just a vacation: There are workshops on topics like inventory management and storytelling, educational trips to companies like Facebook and Google, and forums for critical feedback amongst the group. “It was seven days that felt like months,” said Momperousse. For participants, opening up about themselves and their businesses led to a rollercoaster of emotions, from sadness to anger to joy, she said.

Each member is also introduced to a mentor during this time: someone on Sephora’s executive team, who is paired with them based on their brand focus (i.e. a hair-care expert with a hair-care line). Members are also set up with a “big sister” from the previous year’s group, who operates as a sounding board.

Once the women return home, the program continues with regular webinars and monthly mentor check-ins, though informal meet-ups are also arranged when possible. The webinars focus on topics ranging from branded content and SEO strategy to managing finances and raising capital. They’re taught by industry experts like Pamela Baxter, the founder of Bonafide Beauty Lab, and Dianna Ruth, the COO of Milk Makeup.

For Momperousse, the requirements — which include regular homework — didn’t become a distraction from day-to-day business tasks. “These are things we were all hoping to work on and improve anyway, but now we were being held accountable for them,” she said.

The program culminates on “Demo Day,” when the group is flown back to San Francisco to present their rejuvenated brands to a crowd of over 250 people, including Sephora leadership, venture partners and outside retailers.

Although Conrad concedes that “doing good is good for business,” the program itself is not heavily promoted on Sephora’s social media feeds or website. It’s pretty discreet; in fact, the 8-10 participants must be invited to apply for a spot in the first place. So far, it’s been open only to women 18 years old or older living in the Americas, though next year’s round will expand to allow European and Asian applications.

According to women who went through the program, the application is in-depth, not only touching on the obvious questions about business model and product, but also digging into the personality of each individual and what personal issues they might be grappling with that could hold them back.

For instance, said Conrad, it’s important to Sephora that applicants privilege collaboration and community over competition: “This is not about picking a winner.”

However, last year, only one brand, the organic skin-care line LXMI, made it onto Sephora’s shelves. This year, two made the cut, including essential oils company Vitruvi and the ethical perfume brand The 7 Virtues. The 7 Virtues founder Barb Stegemann, who is 48 (the second oldest in the group), said the program totally reenergized her: “I’ve discovered a whole new world,” she said.

Stegemann has revamped both her scents and her packaging to appeal more to millennials, and has “revamped” her social media strategy — more accurately, she developed one. “I wouldn’t have had any of this expertise or the courage to go invest this kind of money if I didn’t have [Sephora’s] coaching,” she said.

Vitruvi founder Sarah Panton called it “one of the most transformative experiences” of her life, citing Sephora-hosted meetings with companies like Google and Facebook as particularly invaluable. “Their insights helped mature our decision-making,” she said.

Those that aren’t picked for Sephora right away aren’t necessarily bitter, though.

Momperousse scored a national partnership with Whole Foods after taking part in Accelerate and is talks with Sephora International. She also received a $200,000 grant after Sephora connected her to an investor seeking socially-minded company founders.

“None of this would have happened if it weren’t for the program,” she said. “Finding the right people to connect with was huge.”