Accenture’s Amy Fuller: ‘Talent branding is the least developed of the marketing disciplines’ 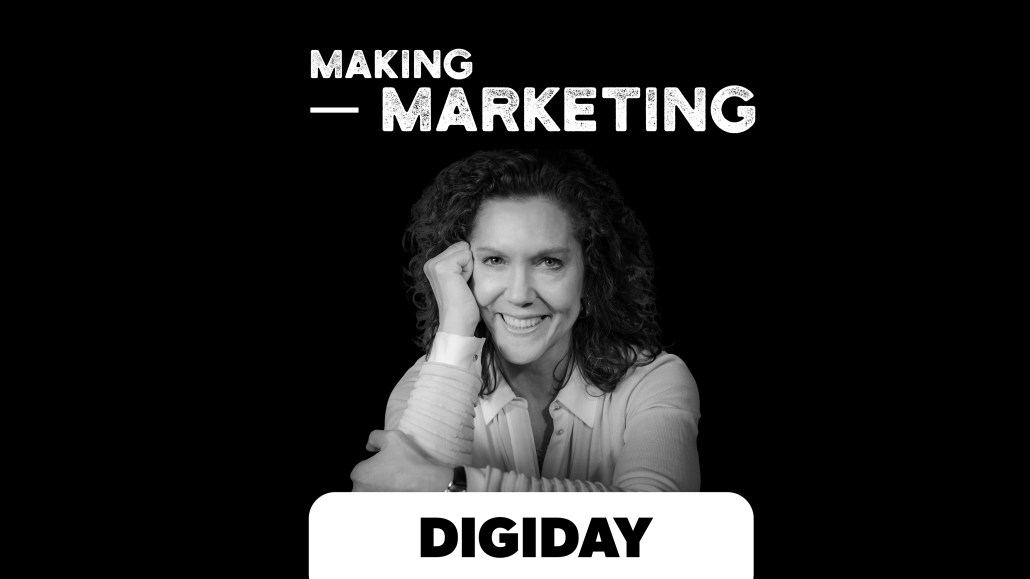 Amy Fuller, CMO of Accenture, is overseeing an expansive list of functions throughout the company, and she likes it that way.

For a company that seems to offer an endless list of services to its clients, this isn’t much of a surprise. Accenture hosts an expansive offering of services, which include everything from strategy, technology, consulting, operations, and with its recent acquisition of ad agency, Droga5, it now boasts strong creative services offering as well.

On this week’s episode of Making Marketing, Shareen Pathak sits down with Fuller to dig deep into why B2B marketing is converging with the consumer, and how the company thinks of in-housing and the role agencies play in the industry. Edited highlights below.

The role of talent branding
“So to me, the most interesting part is that the discipline didn’t exist when I stepped through the door and took the role a year and a half ago. That was not a surprise, because I have found over the last couple of years that talent branding, which goes by different names, is probably the least developed of marketing disciplines. For a professional services provider, it is not just important, it is central, because we are our people. Our product is our people. I saw a massive opportunity for Accenture to define and run with it, because the vision coming out of our global talent organization is unlike any I’ve ever seen, in terms of vision around inclusion and diversity, and upskilling people. Since technology is the heart and soul of Accenture, there’s no such thing as finding people in the marketplace that have everything you need, because the marketplace hasn’t even invented what it needs. So there is a lot of work that I admired when I came into the place, but then I realized that we hadn’t codified it, or articulated what the talent brand was. Once you articulate something, you can plan against it, you can organize, you can avoid committing what I call the primary sin of complicated organizations, which is fragmentation.”

Marketing for B2B
“There’s something really significant that’s happening in the world of marketing, and I trace it back to media consumption and the nature of media that anyone would use to reach a target audience. In the past, one of the big differences between B2B and B2C, at the beginning of time when I got into marketing, was the simplicity of reaching a B2C target meant that you couldn’t really segment, even if you wanted to, because you had mass media and that was the most efficient, wisest way. You had TV. You had a lot of print. You had radio and outdoor, and that’s kind of what you had. But as digital media strengthened and became the way to go, suddenly you could get incredibly precise with your targeting, and B2B has always had that level of precision. In the days of trade press and trade publications, which were very important — so many have moved to digital media — but the ability to finely target B2B is not so different from the ability to target B2C. You have to be more quantitative in how you think about things. I think it was easier back then. It was higher risk in some ways, because you had to pick a message or two, a medium or two, and then spray it broadly. B2B had a version of that as well, but it was less broad. It was already a bit more precise.”

The meaning of the Droga5 acquisition
“When I joined, we had a number of wonderful creative capabilities, in various geographies, as part of the team, and what it equipped us to do, was to add that extremely essential piece to what we were already able to do for marketing organizations, which was the creative part. I came out of decades of ad agency work, and I have a lot of reverence for what can come out of a creative process, the nature of creative talent, and how creative practitioners can really nail an articulation of an idea. It’s unlike anything I’ve ever seen. So to have the ability to nail that, along with the really robust capabilities that Accenture has, is why it’s a really powerful offering in the marketplace. If our fundamental thing that makes us extremely special is this ability to solve problems by pulling from the broadest range of services that exist, now we have more to pull from.”