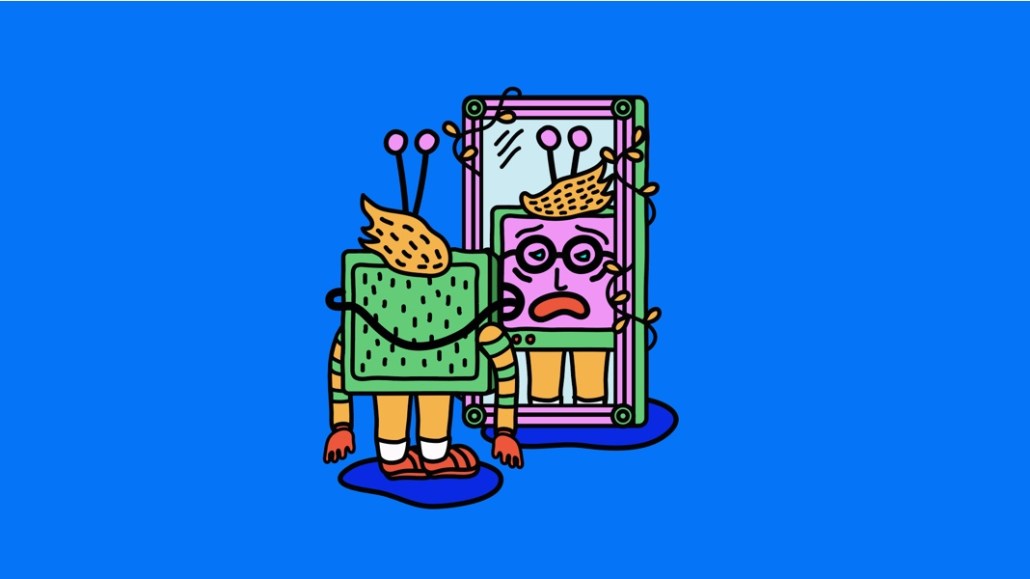 The Future of TV Briefing this week looks at why managing privacy consent on connected TVs is uniquely challenging and what an industry working group is doing to tackle it.

The age of consent

For as much as the connected TV market has grown over the past two years, it remains underdeveloped in various ways. Among the areas in need of development is the management of privacy consent.

“There’s just this fallacy that we have solved for privacy, full stop. We have not. We’ve gotten mature and pretty standardized solutions for a couple platforms, but for the ones that everybody now gives a damn about — CTV and [streaming] — it’s still very much the Wild West,” said one media executive.

While the media and advertising industry has been tackling those topics on the web and mobile, CTV presents a significant difference. Computers and phones are largely personal devices, so consent is managed at the individual level. CTV devices, however, are often shared by multiple members of a household. Therein lies the dilemma that the industry needs to address — and is now working to address.

“A lot of the technical standards that the [Interactive Advertising Bureau] has been driving were really designed web-first around cookies and spawned a little cottage industry of [consent management platforms] and consent string management. That’s not relevant to CTV,” said an ad tech executive.

To illustrate what makes managing consent on CTV unique, consider two people streaming a show together. Let’s say these people live in California where the California Consumer Privacy Act gives residents the option to request that companies not sell their personal information by sharing it with other companies for purposes such as targeting them with ads. Now let’s say one of the two people — let’s call them Taylor — has opted out from a given streaming service selling their information. However, the two people are watching a show on that streaming service using the account of the other person who has not opted out — let’s call them Alex. Theoretically, the streaming service is only collecting and potentially selling Alex’s information. But here’s the big but: That information can include information, like their IP address, that can be associated with everyone who lives in the household, such as Taylor. It’s a windy road, but in effect, the company is collecting and potentially sharing Taylor’s information despite Taylor opting out.

“When a device is used by multiple parties, that leaves the company open to the argument that any individual can come forward and say they didn’t consent to this use,” said Dominique Shelton Leipzig, partner and co-chair of the ad tech privacy and data management practice at law firm Perkins Coie.

To be fair, a company could argue that Alex had not opted out and the pair were using Alex’s account, so the company was not collecting Taylor’s personal information. But the household-level aspect means that the argument is not clear-cut and the company would still be running the risk of running afoul of privacy regulators. “When in doubt, opt out. That’s the safer thing to do,” said Martin Tully, partner at law firm Redgrave.

The situation becomes even riskier if a child shares the same household as Alex and Taylor. “If there’s a child, then you need to have opt-in consent if you’re going to be tracking,” said Shelton Leipzig. If the child is between 13 and 15 years old, then they can give consent themselves, but if they are under 13 years old, then a parent needs to give consent on their behalf. “The challenge that will be present is, from a device standpoint, knowing a person’s age,” she said.

“The household fact inverts to a silver lining,” said the ad tech executive.

So that’s good. But how should consent management be, well, managed among the various companies in the CTV ecosystem? A person is able to manage consent at the CTV device or platform level as well as at the CTV app or streaming service level. But if someone has opted out at the CTV device/platform level but not at the app/streaming service level or vice versa, which consent status should take precedence and how are the companies supposed to communicate that status to one another?

These are questions that the IAB is tackling through a working group called Project Crosswalk. Comprised of companies ranging from CTV platform owners, streaming service operators, video publishers, brand marketers, ad agencies and ad tech firms, the group published a whitepaper on Nov. 16 assessing the state of compliance in CTV and streaming based on a survey of companies in the CTV and streaming industry. The gist?

“There are different approaches or even a fractured approach to ‘Do Not Sell,’ and everyone is making their best effort to comply, but not all are doing it in the same way. And that creates challenges for companies all across the CTV landscape,” said Michael Hahn, svp and general counsel at the IAB.

So how to address this challenge?

“The first step is identifying where does the responsibility of consent identification start in the process; does it start the device level or the app level or another area?” said Mike Richter, vp of global CTV revenue operations at Trusted Media Brands and a member of Project Crosswalk.

That deceivingly simple question seems largely devoid of a consensus answer at the moment.

The unnamed ad tech executive expects that the industry will coalesce around consent being managed at the CTV device level. One reason why is that the types of consent signals attached to CTV ad requests vary to include “Do Not Track” signals and “Limit Ad Tracking” signals, and those two signals are set at the device level, not the individual app level, said the ad tech executive.

However, if consent is managed at the device level, then is a CTV app publisher effectively sending someone to a third party to manage consent on CTV despite having a first-party relationship with the people using its CTV app?, asked Hahn. “There’s a lot nuance,” he added.

The need for standardization

The gray area of consent management highlighted by Project Crosswalk begets another silver lining, however. “As we found with this survey, there are considerable differences [in how consent needs to be managed on CTV versus the web and mobile]. These differences are, in some cases, so significant that we as a group believe that an industry standard and mechanisms to support [opt-out requests] need to be specifically designed for CTV,” said Richter.

What that standard will look like remains nebulous. It may simply be a set of best practices to establish CTV consent management norms. But two years after the CCPA took effect, the work is finally underway, and there is even a timeline in mind. “Ideally this is something that is going to happen in this next calendar year. At least that’s my timeframe to see whether we can accomplish this,” Hahn said.

“On the Snap and YouTube side, [the platforms’ original programming slates are] starting to mature and evolve a little bit. You see their programming go from follow docs around big influencers to more celebrity stuff and also more sophisticated, higher-budget shows.”

After years of cord-cutting, the traditional pay-TV subscriber base seems to be approaching its equilibrium. Meanwhile, streaming services may be set to experience their own erosion.

In 2022, more than 150 million people will cancel a streaming subscription, according to Deloitte.

62.3%: Percentage share of ViacomCBS’s U.S. employees who are white.

90.9%: Percentage share of U.K. studios that lack tactile buttons, signs or maps that would help blind and visually impaired people to move around the studio on their own.

Ad-supported streaming services assess how many ads to show viewers:

How esports org 100 Thieves will boost its M&A strategy with $60 million in funding:

HBO Max’s very good, not bad year:
Among the major streaming services, WarnerMedia’s HBO Max may have had the best year, according to Vulture. The argument seems to largely hinge on WarnerMedia premiering Warner Bros. movie slate on HBO Max, which has helped to grow its subscriber base to nearly 70 million subscribers. Netflix and Disney+ have bigger subscriber bases, but both have struggled with subscriber growth throughout the year.

TikTok Algo 101:
TikTok’s content recommendation algorithm is oriented around getting people to use the app regularly and for as long as possible, according to a company document obtained by The New York Times. That seems neither surprising nor different from the underlying aims of YouTube’s or Facebook’s algorithms. But the article relays TikTok’s recipe for deciding which videos to recommend and which boils down to a calculation of views, watch time, likes and comments. Also pretty basic criteria.

Twitch streamers suffer burnout:
Twitch streamers are not immune to the burnout that YouTube stars have suffered in recent years, according to The Washington Post. In addition to the constant pressure to create content that will curry favor with their fans, these live-streaming stars have to deal with being “on” for hours at a time in front of live audiences.

Netflix is in its blockbuster phase:
Netflix’s latest hit film — “Red Notice,” starring Gal Gadot, Dwayne Johnson and Ryan Reynolds — evinces the streamer’s push to put out fewer, bigger movies, according to Bloomberg. I haven’t seen “Red Notice,” but by many accounts, it isn’t a good movie. Netflix has those, though; the recently released “Power of the Dog” is very good. But for anyone who remembers Netflix’s Will Smith-starring “Bright” — God help you — the company has a spotty track record on blockbusters. The popularity of “Red Notice” may indicate Netflix has found its sweet spot.