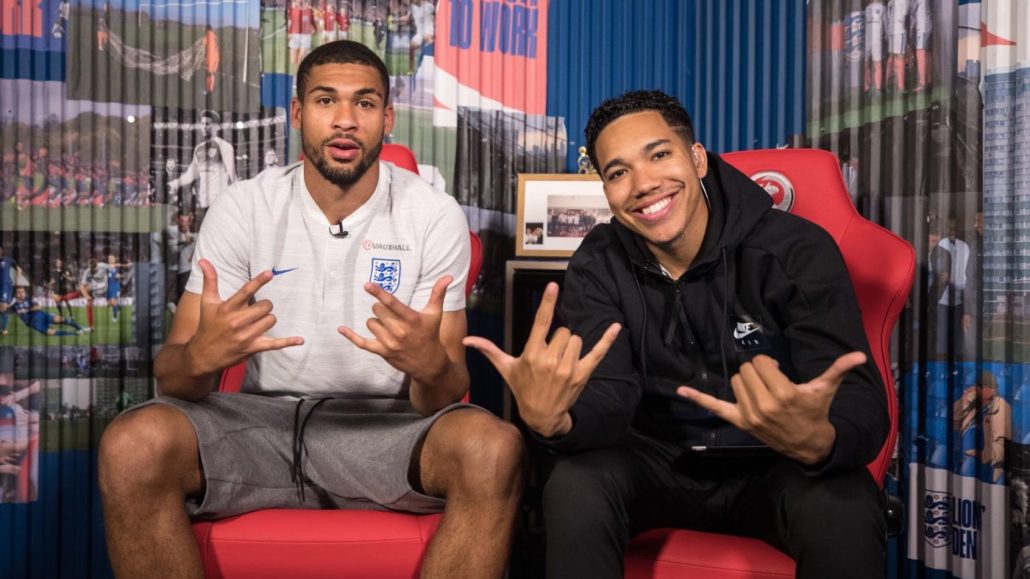 The England Football Association created a daily YouTube show called the “Lions’ Den” centered around its men’s team at the World Cup.

With carmaker Vauxhall ending its multiyear sponsorship of the country’s football teams after the 2018 FIFA World Cup, the Football Association is looking to the show as a way to replace that sponsorship revenue — assuming it can draw enough fans to a show that won’t have access to matches or highlight footage.

The show is broadcast from the World Cup inside the national team’s base camp in Repino, Russia. The 30-minute show is hosted by TV presenter Craig Mitch, who interviews players, management staff and fans. Fans are encouraged to send questions to Mitch during the broadcast and vote in live polls. Members of the FA’s supporters club can speak to players via FaceTime live on the show, which is powered using online video platform Grabyo.

Twelve episodes in and the show has accumulated around 600,000 views, most of them lasting seven minutes and 30 seconds, said Damien Cullen, the FA’s senior video manager. Considering the show airs at a different time each day, making it hard for viewers to know when to tune in, those view figures are an encouraging start.

As much as the show is a commercial opportunity, it’s also a marketing one, and once England’s participation in the World Cup ends, it’ll be assessed based on how many people watched it, and for how long, and if it changes attitudes about the national team by providing intimate access to the team, which is harder to measure, said Cullen. Cullen also will weigh whether the show, which is split between video producers Tony Watson and Alexander Brown at the England team hotel and four crew members in the U.K., could be turned into commercial rights.

Creating new assets that advertisers will pay for is one of the hardest challenges for any rights holder. There’s value in giving fans exclusive access to some of football’s biggest stars like Harry Kane, but the question is how many people will watch it, said Neil Hopkins, global head of strategy at M&C Saatchi Sport and Entertainment.

“At the moment, the FA are getting half a million views because it’s a World Cup, and people are genuinely interested in what’s going on behind the scenes in the Lions’ Den,” he said. “The challenge is that, unlike football clubs, a national team won’t have an ongoing narrative beyond the five or six qualifying matches they play a year outside of the big tournaments, which will make it hard to put a value on content like a daily show.”

Mindful of how restrictive those spikes in interests could be, Cullen is already thinking about extending the same live show format to the FA’s other teams such as the England women’s team, if they qualify for next year’s World Cup in France.

Livestreams won’t be a huge moneymaker for an organization like the FA as the value in sports rights is still in live coverage and highlights, said Hopkins. It is, however, part of what Cullen sees as a strategy that unites marketing, public relations and commercial interests. Sports sponsorships have mainly been a way for a brand to get its logo in front of a large audience or get VIP company access.