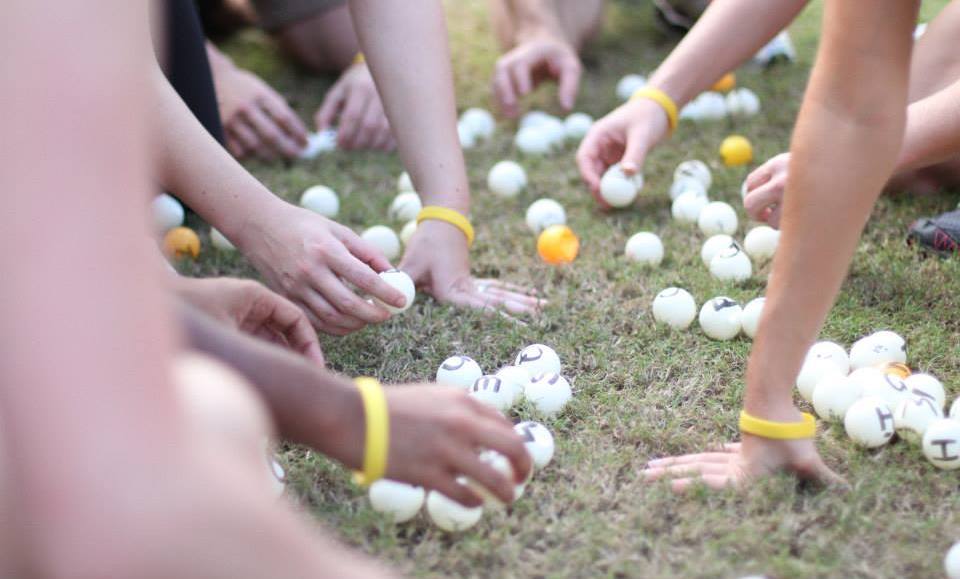 Participants met and networked with colleagues from other agencies and six industry veterans who served as team mentors. Teams took on a number of  challenges – Camp Olympics and a tower-building competition among them – the biggest of which was the brand hackathon: creating a pitch deck from scratch in response to a client brief. Teams were mentored by Vert Mobile’s Kevin Planovsky, Saatchi & Saatchi’s Kayla Green, R/GA’s David Womack, MRY’s David Berkowitz, Momentum Worldwide’s Jennifer Winberg, and Roundarch Isobar’s Mike DiGiovanni.

Three hypothetical briefs were distributed, with two teams competing against one another for each. Brief A was from a spirits brand that wanted a mobile experience that would help extend brand loyalty following college graduation and into adulthood. The blue team, led by Vert Mobile co-founder Kevin Planovsky, competed against the orange team, mentored by Saatchi & Saatchi’s digital strategy director Kayla Green. The blue team won the brief, designing an app that collects photos and video from a night out with your friends and compiles it into a shareable recap.

The green and red teams, led by MRY CMO David Berkowitz and R/GA creative director David Womack respectively, competed against each other on Brief B, a hypothetical Olympics 2014 sponsorship by Samsung. The challenge was to create a mobile experience that would engage users with the Games earlier by creating social connections with athletes. The red team, with rising stars from agencies like Pereira O’Dell, Roundarch Isobar, and Mediacom, took home the trophy with their “Everyday Olympian” app that builds a community of users and athletes competing in social-based tasks and tracking their side-by-side progress.

Finally, purple and yellow competed against one another on the automotive brief – a car company looking to engage the dwindling car-buying millennial demographic with a proprietary, customized in-car mobile and digital experience. Jennifer Winberg of Momentum Worldwide led the winning purple team, who created a customizable Dash experience with an impressive suite of detailed features. It was a close competition with the yellow team’s socially immersive test-drive platform, led by mentor Mike DiGiovanni, emerging tech lead for Roundarch Isobar.

To look at slides from the team brand hack presentations, mentor how-to and case study presentations, see here. To view footage of the sessions from the Camp, please see Digiday’s vimeo page here.